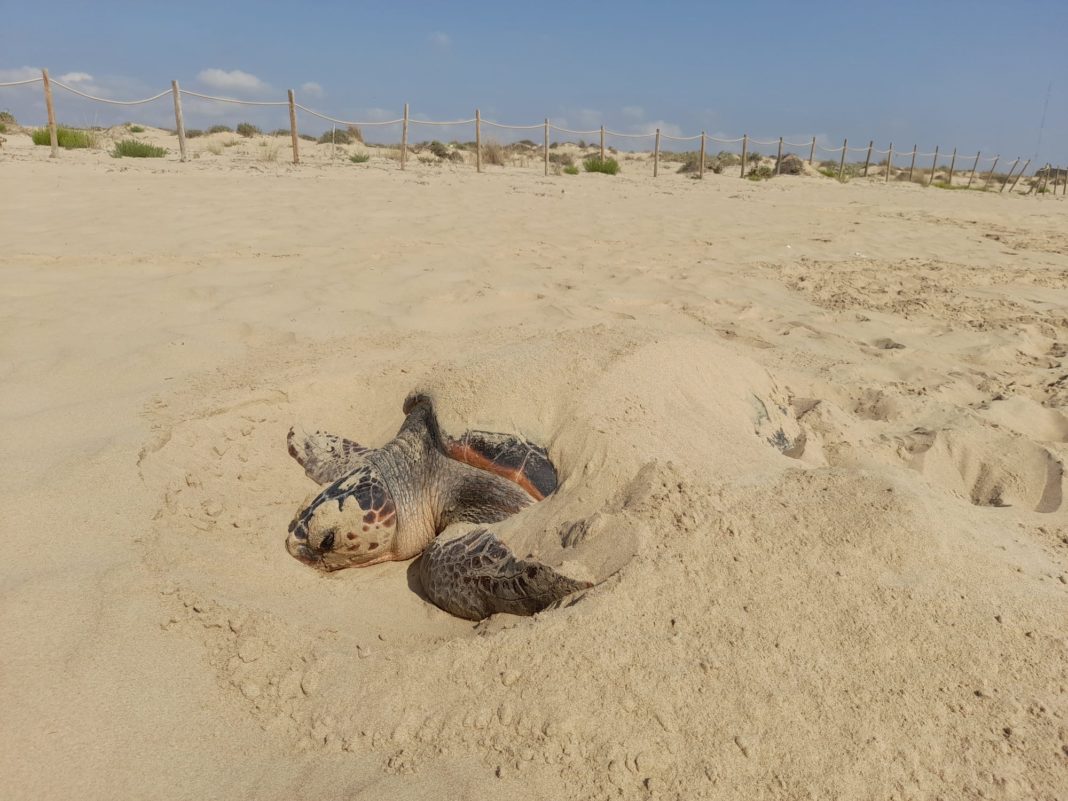 A female boba turtle has laid 130 eggs, making it the largest number of all nests that has been made in the Valencian Community in recent years, on the beach at Guardamar.

The specimen, named Catherine in honour of Catherine McClellan, a young American marine biologist, has been installed a satellite transmitter, genetic samples have been taken, and a microchip installed, so experts can monitor the situation, especially over the next, crucial, 15 days.

The appearance of turtles on the beaches of the Costa Blanca is not unusual, but they are afforded a certain amount of protection.

If you see one, or even just apparent footprints in the sand, you are asked not to approach, and leave the creature in peace. If you find yourself close, do not approach from the front, and do not take photographs, especially with a flash.

Also, and it may come as a surprise, you are asked to call the 112 emergency services to report the location, so that experts can be dispatched to check on the animal and make sure all is well, as was the case in Guardamar.