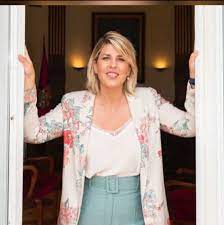 The Mayor of Cartagena, Noelia Arroyo, has said that “work to cut off the inflow of water to the Mar Menor” is a “priority”, and has said that this is the “main claim” that she will transfer to the Minister for the Ecological Transition and the Demographic Challenge, Teresa Ribera, during the meeting that will be held next Friday with the Mayors of the Mar Menor.

In this sense, Arroyo has highlighted that his City Council is using “enormous economic and technical resources to combat the effects of the situation that the Mar Menor is going through.” “In recent months we have spent more than 400,000 euro just removing algae, and we have taken on a job that the minister herself promised a few years ago that she would carry out with the removal of mud and dry land,” she asserted. Faced with this “inaction,” she said that the Cartagena City Council has “reinforced” these works “out of responsibility.” In addition, she explained that the drafting of the project has already been awarded thanks to the subsidy of 300,000 euro received from the Autonomous Community.

“We continue to work against other consequences of the environmental situation,” according to Arroyo, who believes that “much more can be done to control the causes of this condition.” “When we do not act on these causes, we have to intensify our work and act at the end of the chain”, she has indicated. In her opinion, seemingly supporting a new report on the possible causes of pollution in the Mar Menor published this week, “it is not only necessary to focus on agricultural use”.