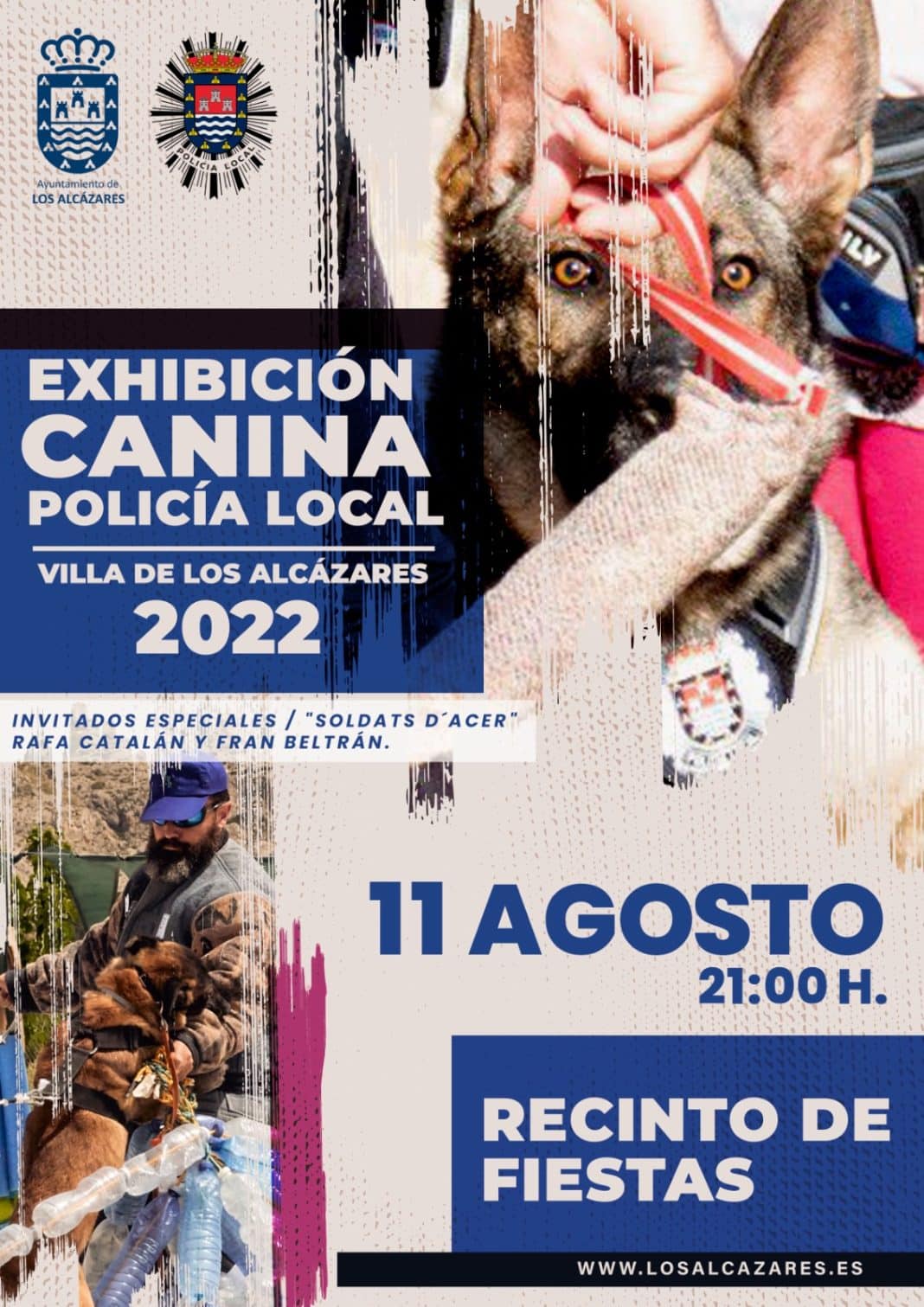 The second edition of the Villa de Los Alcázares Dog Show will present the different canine units that work in the Murcia region in the detection of narcotics, among other tasks.

On August 11, the second edition of the Local Police Dog Show will be held in Los Alcázares, which will serve to showcase the work and work carried out by these canine units in different parts of the Region of Murcia.

The exhibition will take place from 9:00 pm at the Los Alcázares Festival Venue and promises to surprise and entertain all attendees with demonstrations about how these animals work, accompanying, assisting and helping the Local Police of various municipalities, among them, Los Alcazares.

“Units from different municipalities will attend, such as Calasparra, Las Torres de Cotillas, Águilas, Molina de Segura and Archena to teach us how the canine units work and what their work consists of,” explains agent Pedro Valera, local police officer from Los Alcázares and promoter of the event.

Agent Megan is the first member of the Los Alcázares canine unit. She arrived in 2020 and since then she has helped the Local Police of the municipality in the fight against retail on the streets and has provided support and help to the agents. “Those who attend this exhibition will be able to meet our agent Megan in person, a very important piece of the team that works hand in hand with agent Pedro Valera,” explains the mayor of Los Alcázares, Mario Pérez Cervera.

In addition to the canine units from five different municipalities in the Region of Murcia, the Villa de Los Alcázares Dog Show will also feature guests of the stature of Rafael Catalán, instructor of the Army’s special operations command, and the expert in canine discipline, Fran Beltran.

This second edition comes with some modifications such as “the change of venue, since this year a larger space has been chosen to improve visibility and allow the entry of more dog lovers and fans of this type of discipline,” points out the Councillor for Police, Pedro José Sánchez.