The planet’s most highly anticipated sports event returns in November, but for this year’s Qatar edition of the World Cup, no other group fixture meeting is receiving the attention like England versus the USA.

With the edition of England’s U.K. rivals Wales and the underdogs Iran to complete the group, Group B is likely to receive the most newsworthy storylines between now and the tournament’s kick-off date. England is a football-addicted nation that hasn’t collected World Cup silverware in 56 years, as Wales is the neighbouring country of England – we have an instant classic; in addition, we’re all aware of the conflicts between the USA and Iran that occur on and off the pitch.

FIFA recently revealed a staggering number of applications for the Group B fixture between England and the U.S. This number has exceeded 25 times the capacity of the 60,000-seater Al Bayt Stadium. The world governing body has received 23.5 million ticket requests for this year’s World Cup. Still, none more than England vs. USA – further adding the proof that this cross-continental, most talked about, friendly rivalry between England and the USA provides the most intrigue amongst football fans. 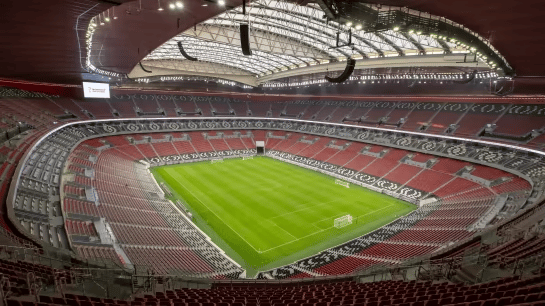 Is England Primed to Break Their 56-Year Drought?

England has recently provided some of the most positive results on the pitch, a level of form that could be argued they’re boasting the best squad in decades. The Three Lions are unbeaten in eighteen months – outside of the painstaking penalty shootout loss to Italy at the Euro 2020 final – as the promising youth are running rings around the opposition alongside the veteran goal-scoring maestro Harry Kane.

Gareth Southgate’s men aren’t held back by the expectations preventing them from delivering the best performances in many knock-out games throughout the past three decades.

The Qatar 2022 World Cup Group B setting has been speculated as a walk into the Round of 16 for England, but these sentiments have been echoed in England’s past, and nothing was achieved. For this reason, Southgate will unquestionably be focused and treating the USA, Wales, and Iran no different than he would France, Brazil, or Belgium.

Interestingly, U.K. betting sites have priced England as the third-best favourites behind Brazil and France, and for odds of 7/1, we haven’t witnessed such faith from the bookmakers in many years. In addition, Harry Kane is also favoured as the tournament’s top goal-scorer with odds of 8/1.

The sportsbooks have, however, given England a significantly low set of odds to win Group B at 2/5, but should the USA, Wales, or Iran cause an upset, those aforementioned odds will take a severe hit in value.

Outside of Harry Kane, Manchester City’s Raheem Sterling could be one to watch. The England veteran made his debut for the Three Lions in 2012 against Sweden, alongside a fellow debutant, Lean Osman. The former Everton and England midfielder told reporters he knows Sterling was destined for greatness.

“He was young, and yet he was outstanding. You could see his qualities. He was a little bit raw, and there were a few things he needed to define and fine-tune. But you could tell he was a natural talent, and it’s no surprise to see him go on to do what he’s done and what he’s achieved. For the sake of his country, I hope he can achieve even more in this year’s World Cup.” 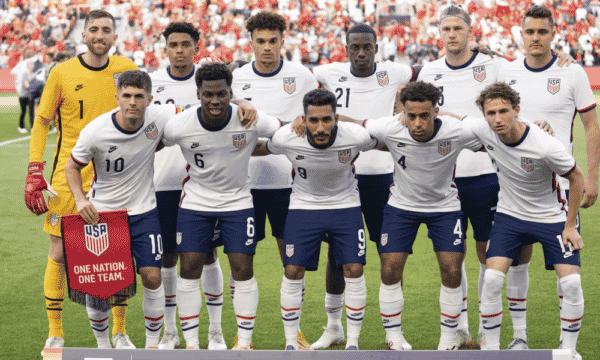 The USA has rarely failed to make an appearance in World Cup competitions over the years. And the squad of 2022 is loaded with youthful talent such as Christian Pulisic. Aged 23-years-old, the Chelsea star will be the critical playmaker leading his nation in his first major international tournament.

Former Chelsea defender and winner of the World Cup 1998 with France, Franke Leboeuf, knows how crucial Pulisic will be for this U.S. squad.

“He does very well with the national team, scoring beautiful goals,” Leboeuf said. “He can be instrumental with Chelsea too, but he’s not a leader at Chelsea. Sometimes he has difficulties imposing himself. As captain of America and leader of that squad, he needs to impose himself in order to have more influence on the squad. There is a World Cup for that, and he must go to another level. I wish him the best.”

As England focuses on rectifying 56 years of missing out, they mustn’t look ahead and weigh themselves against the likes of France, Argentina, and Brazil because Group B stands in their way first. As Group B favourites, they will need to keep a close eye on the Americans who defeated them in 1950 and held them to a draw in 2010. Without forgetting the underlies, Iran, and of course, Gareth Bale and the Welsh Dragons.