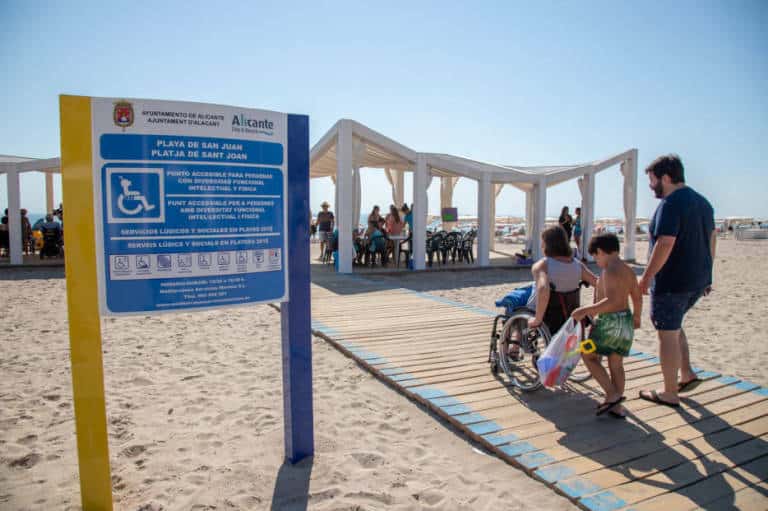 The current financial crisis that has resulted in an increase in prices of materials, is also affecting beach infrastructures.

The Valencian regional department of Tourism has been forced to call a new tender to provide wooden walkways for all the sandbanks of the Valencian Community with a tender price of 1.2 million euro, after the first call had to be deserted as no offer had been registered.

Specifically, this first tender was activated on April 2 with a budget of 650,000 euro (taxes included) and was closed on May 15 with no bidder interested in supplying the material.

It is believed that the lack of bidders was caused by the increase in wood prices. Hence, in the second call that will be published shortly, it has been agreed to increase its budget to almost double that initial amount: 1.2 million (taxes included).

In any case, the same sources have maintained that there will be no shortage in the supply of footpaths to the municipalities that request them, since there is enough material stored after the extraordinary tender that had to be activated on the occasion of the summer of 2020 -the first after the outbreak of the pandemic- when it was advocated to expand the access routes to the sandbanks and place entrance and exit walkways to avoid crowds as a measure to prevent contagion. At that time, according to the same sources, a tender was activated for a price of 1.3 million euro.

In any case, after the unsuccessful tender with which it was expected to expand material for the summer season, it would have been arranged to promote a second call with the purpose of extending the reserves and having the remainder for the next campaign, without the result of the first tender going to cause supply problems on the beaches.

Moreover, the department indicated that the walkways are installed and that those that are necessary will be replaced, regardless of the fact that those that require it can also be repaired.