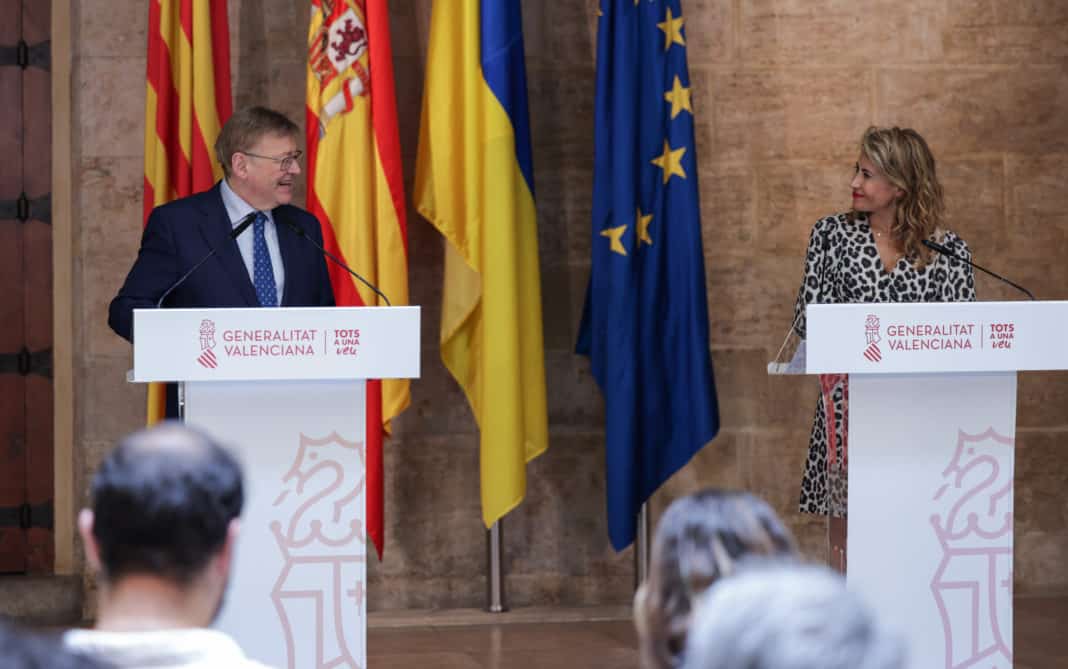 The President of Valencia, Ximo Puig, has highlighted the “decisive announcements” made this week by the Minister of Transport, Mobility and Urban Agenda, Raquel Sánchez, to advance the start of work on the railway network for the new canal access to Valencia, endowed with almost 500 million euro, the southern access to PortCastelló, which represent 123 million euro, and the connection of the Miguel Hernández Alicante-Elche Airport with Alicante, for an amount of 80 million euro.

This has been indicated in the appearance after the meeting held at the Palau de la Generalitat with the Minister and that, as he has highlighted, has made it possible to carry out a check of the infrastructure projects planned for the Valencian Community, as well as to state that “There is a political will to end the old wounds” that the Valencian territory has in terms of infrastructure.

The head of the Consell has valued in this sense the creation of a commission of follow-up of investments of the State in the Valencian Community, agreed with the president of the Government and that will analyse the levels of execution of the state projects and will promote compliance.

The president has considered “very useful” the result of the meeting, as well as the “good news” transferred to carry out these “capital works” for the Valencian Community. He also referred to the acceleration in the pace of execution of investments this quarter.

On the other hand, the head of the Consell has highlighted the collaboration between the Valencian Government and the Central Executive to carry out initiatives to improve mobility, and has advanced that the SUMA card, which allows you to travel with the same ticket in Metrovalencia, the EMT, MetroBus and the Renfe Suburbs, will be extended to all the Suburbs in the autumn.

The Minister of Transport has announced, for her part, at the press conference that the Railway Infrastructure Manager (Adif) will tender the new railway access channel to Valencia at the end of July. Raquel Sánchez has specified in this sense that the construction project has just been approved, which will allow progress in the signing of the agreement with the Generalitat and the City Council.

She also said that Adif and Adif-Alta Velocidad have tendered this week the works of the platform of the new southern railway access to the port of Castellón for 123 million euro and the restoration of the facades and roofs of the station of Valencia Nord, for 20 million.

She also said that it is planned to tender this year for the drafting of the project for phase 1 of access to Alicante-Elche airport.

The Minister of Transport has underlined the Government’s commitment to the Mediterranean Corridor, and in this regard has indicated that one in four euro budgeted in this infrastructure are invested in the Valencian Community.

As an example, she alluded to the works on the section La Encina-Xátiva-València, which will reduce the travel time between Valencia and Alicante to one hour, the actions for the adaptation to international width in the section Valencia-Castellón, the change of width of Castellón-Vinaròs and the adaptation to mixed width between Valencia-Almussafes. She also referred to the development of intermodal and logistics terminals and the informative studies of the Valencia Arterial Railway Network of the through tunnel and the double platform, which have already been provisionally approved, and the southern extension of the Serrería de València tunnel.