The LeaderPutting YOU at the Heart of the Community
Sign in / Join
Subscribe
Home Headline Hospitals in the Province of Alicante have 15 Times More Covid Patients... 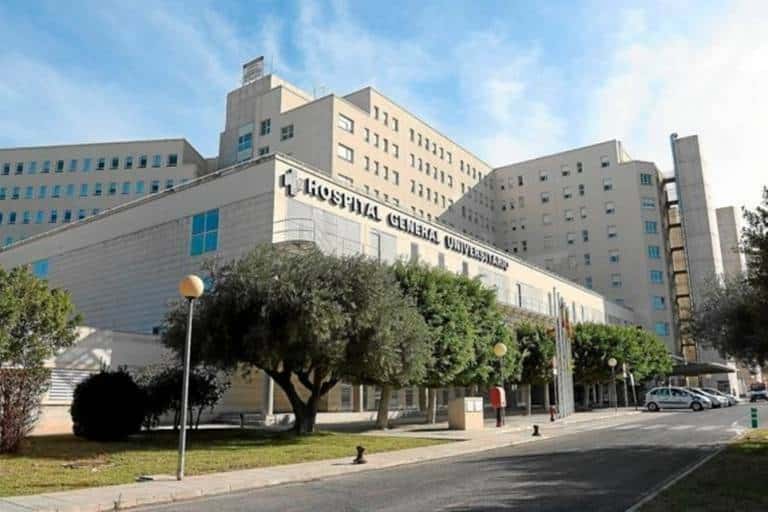 The Covid situation in Spain is causing considerable concern once again, and worsening on a daily basis, with both increases in infections and hospitalisations putting more pressure on a system, despite hopes that summer would provide some relief.

In the latest count this week, 300 people remain hospitalised because of the virus in the Alicante province alone, which means multiplying almost by 15 the 19 people who a year ago around this time were hospitalised because of the virus. In just two weeks, infections have risen by almost 55%, believed driven by the recent festivals of Moors and Christians in Elda and Bonfires of San Juan in Alicante.

The General Hospital of Alicante is currently one of the most affected in the area, since it is at alert level 3, high risk, mainly due to the high number of patients admitted for covid. The occupancy rate in this health centre -number of hospital beds occupied by covid cases per 100,000 inhabitants- is 30.62. This Wednesday, 80 people were admitted. One of them, a young child, was in the paediatric ICU, but due to febrile seizures triggered by covid, according to sources from the centre. In the neighbouring hospital of Sant Joan, there are 46 hospitalised patients, two of them in the ICU.

Orihuela health department has increased the alert level to level 2, with Torrevieja expected to follow shortly.

An added problem to hospitalisations is the high number of professionals who are on sick leave due to covid. More patients and less staff that have forced operations to be cancelled this week, as confirmed by medical and union sources. Also, according to the Satse nursing union, vacations have begun to be suspended for the first half of July for nursing staff, since in addition to the high hospital pressure and casualties due to covid, it is being impossible to find staff to work this summer. Satse has already filed a complaint in this regard. The vast majority of those admitted in this new wave of the pandemic are older people whose illnesses are decompensated by the virus.

In the health centres the pressure is once again intense. Added to the large number of face-to-face and telephone consultations that covid is generating is the fact that there are also many doctors and nurses who are on sick leave due to the virus. “We have four doctors on sick leave and three on vacation and no one has been replaced,” lamented a health worker from a health centre in the city of Alicante on Wednesday. The agendas have once again shot up to 40 and 50 patients a day, with many emergency cases that show up without an appointment, and the covid already occupies 30% of these consultations, and rising, according to some doctors.

A good part of the consultations is to request sick leave and the doctors point out that the symptoms of this new wave of covid continue to be mild, “There is a lot of throat involvement, general malaise, headache and some cough,” explains a family doctor from the city of Alicante. In some cases, it is complicated by gastroenteritis.

According to the latest update that the Ministry of Health has provided to the health departments of the province, the cumulative incidence among those over 60 years of age has increased in recent days, from 493.79 cases per 100,000 inhabitants to 674.86.

Meanwhile, the Minister of Health, Carolina Darias, has asked for “prudence” and has returned to recommending the use of the mask in the face of the increase in Covid cases in Spain.

She has also called for the booster dose to be given to those who do not yet have it, while she is waiting to find out what the Vaccine Conference determines about the fourth dose and “when” it should be inoculated.

Darias has made these statements after the visit she has made to the Marqués de Valdecilla Hospital in Santander, accompanied by the president of the autonomy, Miguel Ángel Revilla.

The recommendation on the use of the mask again indoors made by Darias, joins that of autonomies such as Catalonia, whose Minister of Health, Josep Maria Argimon, has expressed concern about the increase in cases and the increase in patients admitted to hospital ICU due to Covid, which have gone from 26 to 46 in three weeks, as well as due to the rise in hospitalisations.

The Community of Madrid, through the vice president of the regional government, Enrique Ossorio, has also recalled that “the recommendation to use masks by vulnerable people, those with immunosuppression or pregnant women is maintained”, but now not only for them, but the recommendation is also extended to all people who are in closed spaces for public use or who attend large events.

And it is that the epidemiological data from Madrid show a cumulative incidence at 14 days of 1,500 cases per 100,000 inhabitants in people over 60 years of age (the only age group that is reported after the change in the surveillance model).

Regarding the fourth dose of vaccine for people over 80 years of age and vulnerable people, Darias has insisted that they are waiting for what the Vaccine Conference determines and “when” it should be inoculated. She pointed out that the Report meets periodically to analyse the situation, and will continue to do so, and that the Ministry will be open to its new proposals to know when to proceed with the vaccination of these people “or any other decision that it may adopt.”