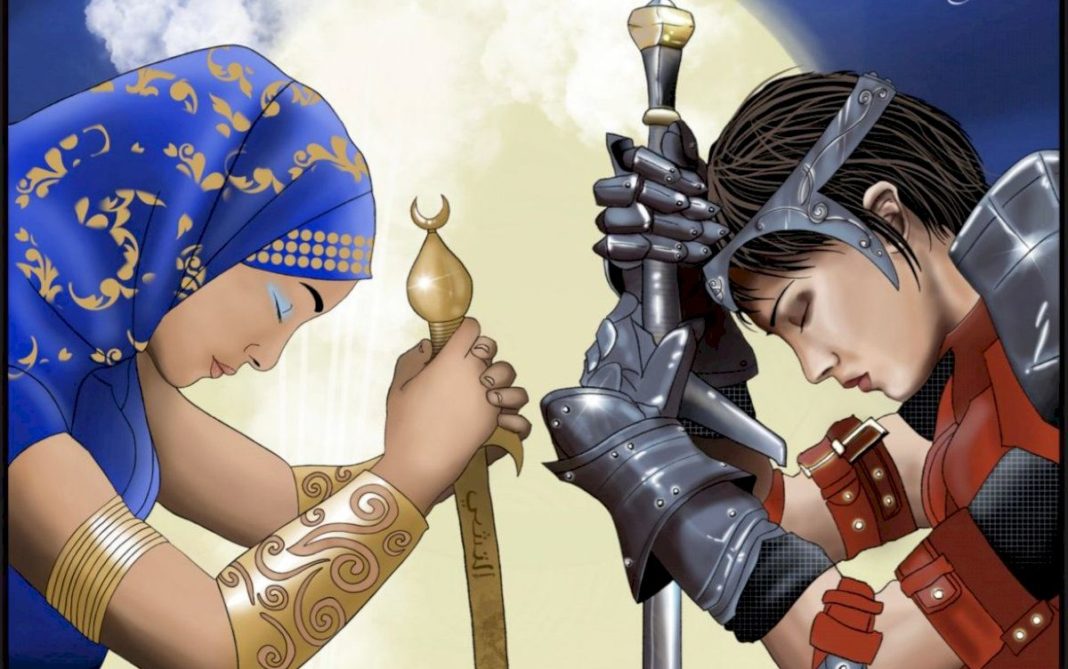 The Asociación Festera de Moros y Cristianos de Elche is putting the finishing touches to their preparations for the return in August of one of the most popular Moors and Christians events in the area, after more than two years of pandemic parenthesis.

The parade ground of the Palace of Altamira was the scene of the presentation of the official magazine and the charges of King Jaume I and the maintainer of the act of proclamation of captains and flag bearers.

The presentation of King Jaume I and the maintainer of the proclamation for this 2022, which brought together a hundred people in the fortress, including representatives of local festive entities and members of the Municipal Corporation, was presided over by the head of Festivities of the City Council of Elche, Mariola Galiana.

Mariola Galiana, who conveyed her congratulations and best wishes to King Jaume I and the maintainer of 2022, and who showed her gratitude to Julián Fernández for the direction of the Festive Association, stated that “it is time to meet again in the cabals and barracks, to wake up with the music of the targets and the thunder of the arquebuses; The time has finally come to celebrate, live and feel the Moors and Christians festivities that fill the streets of Elche with music, light and colour, and that smell of gunpowder so much ours and loved by us”.

As for the Moors and Christians festival book number 44, a 257-page volume full of colourful photographs of which 1,200 copies have been printed, which can be picked up for free at the headquarters of the Festive Association, on calle Trinquet , Fernández, also director of the publication, thanked the Department of Festivities “for the facilities provided throughout the year”, explained that it will also be distributed in more than a hundred festive towns to publicise the Moors and Christians of Elche. A collective work, the president continued, that stands out for the quality of the articles that deal with the history, tradition and culture around the festival in all its aspects, “from the parades to the music, passing through the exhibitions, shop windows, and donations.

“The patron saint festivities without the Moors and Christians would not be the same”, said Galiana before closing the act, reiterating her gratitude towards the great family of the association headed by Fernández, “for making, with their determination, that the Moors festivities and Christians are a magnificent reference for our city”.