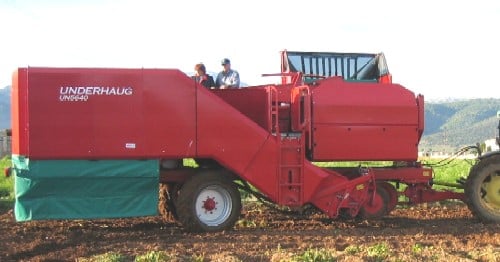 A 35-year-old man died on Wednesday in a work accident when he was trapped in a potato harvesting machine in the Senda Molina area of Orihuela, as reported by the Emergency Information and Coordination Centre (CICU).

The CICU received notice at 9:40 a.m. that a worker had been trapped in the machine and was unconscious.

The emergency centre sent both a basic life support ambulance (SVB), and paramedic unit (SAMU) to the scene.

However, the SVB ambulance that arrived first was able to verify that the worker had already died, so deactivated the need for the SAMU unit.