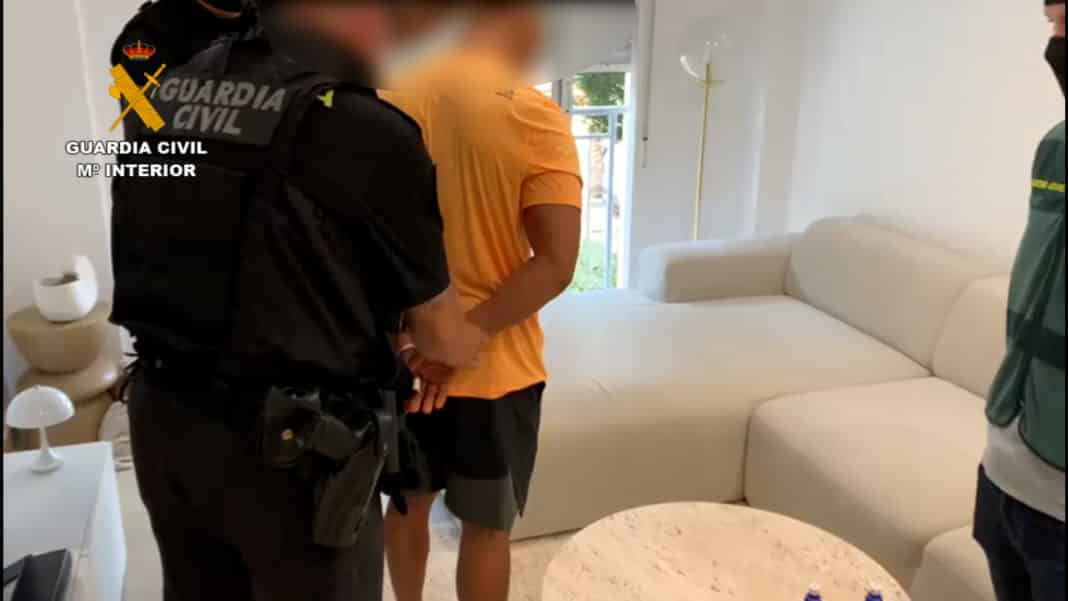 A 41-year-old man has been arrested in Elche for his alleged involvement in a terrorism crime, within the framework of an operation carried out by the Guardia Civil Information Service together with the National Intelligence Centre under the direction of the Central Court of Instruction number 5 and the Prosecutor’s Office of the National High Court.

Several electronic devices have been seized in the search of the man´s home, which once analysed have allowed verifying the possession and exchange of a huge amount of audiovisual material associated with terrorist organisations of a jihadist nature, in which material edited by official agencies of the Islamic State.

The investigation began after detecting in the province of Alicante a person linked to jihadist ideology, who in the past would have tried to move to a conflict zone with the intention of fighting as part of the ranks of terrorist organisations.

As a result of international police cooperation, it was learned that he would have tried to access Syria or Iraq accompanied by three other people, who had already acted out acts of violence, one of them standing out greatly, being considered the author of a terrorist attack in Grozny (Russia), where 21 people died and another 16 were injured.

The detainee developed an intense and highly relevant propaganda activity on platforms linked to terrorist organisations such as the Islamic State. In fact, given the privileged position achieved by him, he found himself on very restricted jihadist content exchange platforms, where he had access to specialised material, among others, to a huge number of publications considered “instruction manuals” used for recruitment. and indoctrination of other potential terrorists.

During the investigation it has been possible to prove that this person maintained strict security measures that had allowed him not to be identified until now. The detainee also used mobile applications that allowed him to anonymise his calls.

Once it was possible to prove the activity that this person was developing through jihadist media platforms, an investigation was carried out, which has had the participation of analysts from the Europol agency, which allowed the consolidation of a judicial procedure.

The detainee was placed at the disposal of the judicial authority, who decreed his entry into provisional prison.