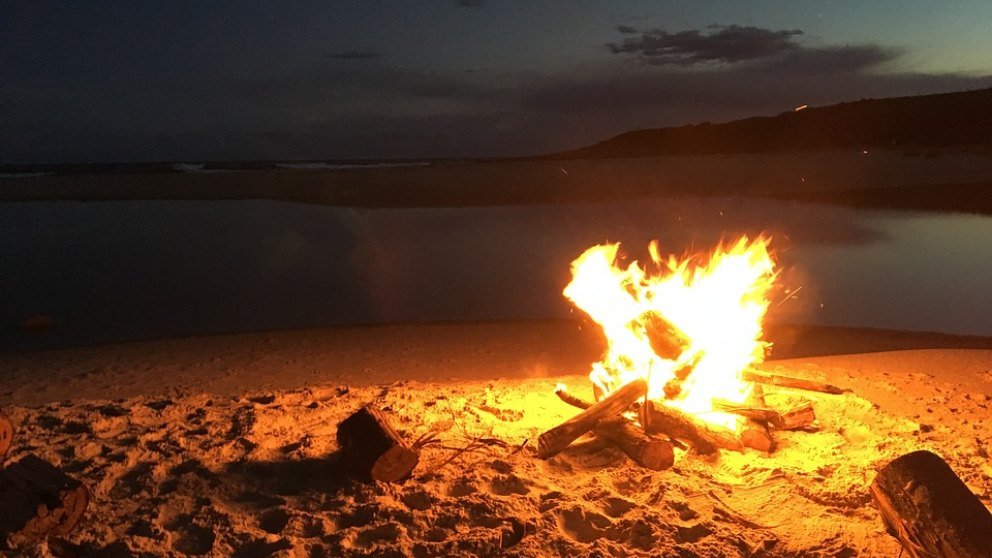 Elche has maintained its prohibition of bonfires on the beaches of the municipality, a move that was introduced as part of Covid safety protocols, but now due to environmental and antisocial concerns, according to the mayor of Elche, Carlos González.

Once the sanitary restrictions were lifted, the local government team decided to “nip a problem in the bud” that, according to Mayor Carlos González has justified as “environmental”, was also on account of security and cleanliness.

The town hall has seen how year after year, the town witnessed an increase in incidents related to excess alcohol, especially in minors, and with the high level of debris and waste left by the party on the coast, as could be seen the next day.

But these last two issues have not been explicitly mentioned by the mayor of Elche, who has appeared with the Councillor for Citizen Security, Ramón Abad. “We consider that it is absolutely necessary to preserve the state of our beaches and, at the same time, bonfires pose a serious risk to security from the point of view of preventing forest fires due to the proximity to our pine forests”, he said in allusion, above all, to La Marina beach, one of the most frequented.

Therefore, “and given these circumstances”, this year only the presence of people on the beaches on the Night of San Juan will be authorised. González has clarified that “it is about making enjoyment on our beaches compatible, something that seems to us an excellent alternative for that night, but expressly and strictly prohibiting the making of bonfires on the coast to avoid fires.”

In addition, the mayor has called for individual and collective responsibility “for a moderate and responsible consumption of alcoholic beverages on that night”, with special concern for minors and young people, groups that in previous festivities usually take over incidents in this regard.

Finally, the Council is preparing a special security and cleaning device for the Night of San Juan, for which one of the most massive influxes to the beaches in recent years is expected. The objective is to guarantee the safety of the attendees, as well as to guarantee that the beaches are ready for bathing in a few hours.

However, if you do want to hold a beach bonfire, then the neighbouring town of Santa Pola may be an option, as bonfires will be allowed on the night of Thursday 23 June, although it will only be on two beaches, playa de Levante, located in the historic centre, and on Gran Playa, but not on Playa Lisa or Carabassí. For this Night of San Juan, the town will delimit the perimeter with fenced and guarded areas to prevent bonfires from being lit on other beaches.