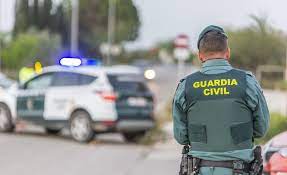 A woman was arrested on Monday by the Guardia Civil in the town of Benejúzar, for the alleged murder of her 2-year-old son.

The tragedy occurred on Saturday when the woman made a phone call to the emergency services in which she reported that the little boy was unconscious after having suffered a severe blow when he was at her home in the town of Bigastro.

A paramedic ambulance travelled to the house, located in the municipality of Bigastro, in the Vega Baja del Segura region. After examining the child, the medics could only confirm that he had died as a result of cardiorespiratory arrest. The doctor also observed several bruises in different parts of his body, as well as on the boy’s twin brother, who was transferred to the Alicante General Hospital for a medical evaluation.

The preliminary autopsy report concludes that the child was the victim of a violent death. He had a multitude of internal and bone injuries from different times. From the study of the hospitalised child, it can be deduced that both suffered regular ill-treatment by their mother, an Albanian national and 32 years old, since she was the only person who lived with them.