The LeaderPutting YOU at the Heart of the Community
Sign in / Join
Subscribe
Home Crime A complaint in Santa Pola Uncovers Criminal Network with Hundreds of Scams... 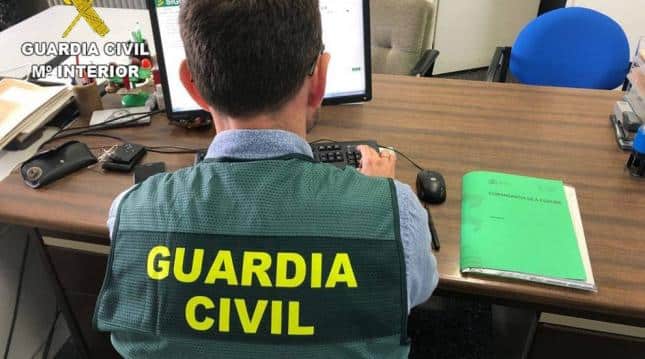 Following an initial complaint raised in Santa Pola, the Guardia Civil has arrested 33 members of an important network that, posing as a well-known banking entity, swindled 1,159,558.38 euro from the accounts of 357 people throughout the national territory.

The investigation began in mid-October last year, when the Santa Pola resident reported being the victim of a scam resulting in the loss of 11,648.79 euro from their bank account.

As a result of the complaint, investigators launched Operation Nivlalute in order to locate the person responsible, and discovered that it was not an isolated case. In fact, they found an important criminal network that sent a massive number of emails and messages to the email accounts or telephone numbers of their targets, posing as their bank, which informed their supposed clients that the account had been temporarily blocked and that to verify it, they had to follow a web link that was attached to the message.

In the elaboration of the fraudulent messages, the authors used the corporate identity of the banking entity through which they were posing, using the brand logo, and taking care of the text, which was well written and translated into Spanish, issues that facilitated the confusion of those affected.

Once the victims took the bait, the ringleaders obtained the necessary information to access their accounts, from which they transferred large amounts to a significant network of mules, based in Lleida, who received economic commissions in exchange for putting their accounts at the disposal of criminal activity. Subsequently, the stolen capital was transferred abroad or invested in cryptocurrencies.

The investigators subsequently identified 33 members of the gang in Lleida, an important “network of mules”, including the recruiter. 33 people between 19 and 46 years old have been arrested. There are 28 men and 5 women of different nationalities. Many of them already having criminal records for similar acts.

They are charged with the crimes of fraud, identity theft, money laundering and belonging to a criminal group. The proceedings are available to the Investigating Court number 2 of Elche.

Pola Park to be Put to Tender

Rescue Drones Proving Their Worth