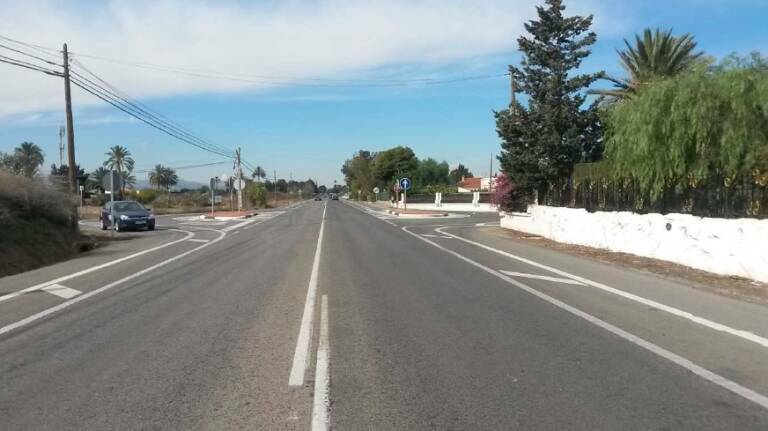 Plans to widen the CV-865 road, which runs between Elche and Santa Pola, have once again been halted, after 4 years of controversy, after the submitted plans for the commissioning of works for the penultimate section have been described as “of unacceptable technical quality”, for which the Ministry of Territorial Policy has declared the tender void.

In March, the Ministry activated the administrative procedure to continue with the uninterrupted widening scheme, although in phases. The next intervention was the penultimate section, the improvement of road safety at kilometre points from 3+600 to 5+500. For this, the Generalitat had already budgeted 3.4 million in this year’s accounts for an intervention with an execution period of 15 months. However, although a month later the Contracting Committee has already received a couple of offers, it has rejected them because before entering to analyse the economic valuation, in the technical part they have not passed the necessary standards.

The tender has been declared void in accordance with the technical specifications, which establish that “bids considered to be of unacceptable technical quality will not be taken into consideration for the calculation of abnormally low bids or for the determination of the most advantageous bid, for which in the event that there are no bids considered to be of sufficient technical quality, the tender will be declared void”.

Two offers had been presented in the form of a joint venture, one is Sorigué-Involucra and the other Ocide-Probisa, which have received 21.59 and 22.14 points respectively. The minimum threshold to pass was 27 points. In their justification for assessing the offers, the technicians stated that some proposals were generic, insufficient or not very detailed in specific sections.

Thus, now the ministry will have to determine if the tender is restarted, the deadline for submitting offers is extended or what action to take.

Another problem is that of the section already awarded to Pavasal in December for 2.4 million euro. This has not yet been able to start because the auxiliary health and safety contract in the performance has had to be postponed when the ministry detected itself an error in the file.

So now, there are two sections paralyzed at the administrative level and that will further delay the widening process. A project that, on the other hand, was unblocked in 2018, and that was included in the Road Plan of the Generalitat Valenciana in 1995.