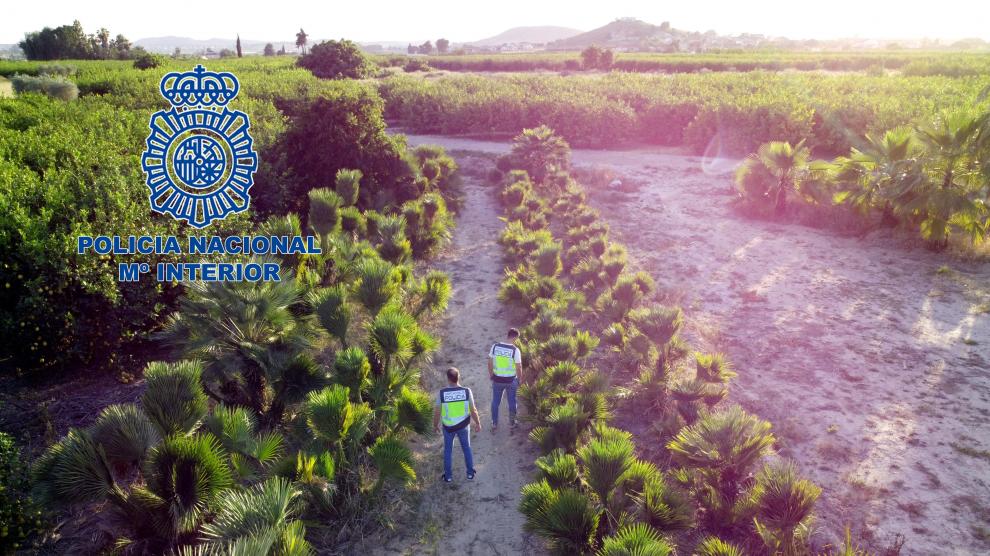 The National Police has arrested the owner of plots of land located in the district of La Matanza de Orihuela for allegedly having stolen 400 palm trees valued at 120,000 euro from a gardening business that had reached an agreement years before with him to plant the trees on his land in exchange for paying off irrigation debts that weighed on the property.

Aerial photographs of the plots have revealed the lack of 400 palm trees valued at 300 euro each. The detainee, 64 years old and with no previous record, has been released after giving a statement at police facilities and is awaiting summons to court, according to the Police in a statement.

The events occurred when the plantation management company sold the palm trees and went to check the state of the crop. They noticed the lack of a large number of specimens of the planted species, which had been uprooted with specialised machinery without his consent or the relevant documentation.

In addition, there were other specimens of palm trees ready to be uprooted. In total, the company detected the absence of some 400 palm trees, each valued at 300 euro.

After filing the complaint at the Orihuela National Police Station, the agents carried out the verification of the facts. They carried out an inspection and photographic report on the two adjoining plots where the crop was located and carried out a count of the different species of palm trees.

In this way, they were able to see how there were clear earth movements, palm tree extraction holes and rolling marks in the field, left by the intervention of heavy machinery, in addition to other remains of uprooted dry palm trees and remains of burning.

Next, the aerial photos taken by the research unit were compared with those corresponding to the year 2021 obtained from public databases, extracted from the Valencian Cartographic Institute and the Cadastre. In addition, they also contacted the Ministry of Agriculture and the Environment, Climate Change and Development, to obtain the documentation related to the crop.

Thus, once all the necessary evidence had been obtained in the investigation, they discovered that 400 palm trees were missing from the crop, the agents located and arrested the owner of the plots, accused of stealing the specimens that amounted to a total of 120,000 euro.