The LeaderPutting YOU at the Heart of the Community
Sign in / Join
Subscribe
Home Costa Calida Los Alcazares Los Alcázares Asks the Autonomous Community to Speed up Construction of New... 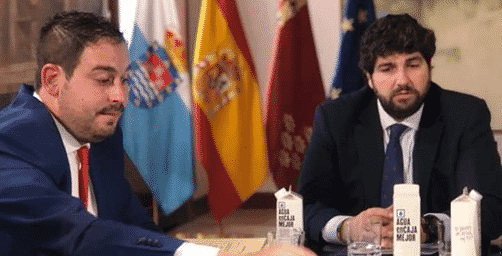 The mayor of Los Alcázares has asked the Murcia Minister for Agriculture, Water, Livestock, Fisheries and the Environment, Antonio Luengo, to speed up the construction of the new rainwater network that seeks to minimise the risk of flooding in notorious locations in the municipality.

The regional government undertook to carry out this work after the mayor of Los Alcázares, Mario Pérez Cervera, requested its completion after the heavy flooding that occurred in September 2019. “It is a rainwater network that seeks to avoid large pockets of water from the Sports Centre area to Avenida de la Libertad, incorporating frames of 1.5 x 2 metres” he explained.

In this sense, Mario Pérez Cervera recalled that “in December 2021, the councillor Antonio Luengo summoned the media in Los Alcázares to announce the start of the works, but the reality is that their progress as of today is practically non-existent.

The new rainwater network, which has a cost of 2 million euro and an initially planned execution period of 5 months, will involve the incorporation of frameworks on Avenida 13 de Octubre, Joaquín Blume and Calle Orense. In addition, it will connect the La Dorada urbanisation with the perimeter channel after the Antonio Menárguez Costa secondary school.

“The delay is going to generate great chaos in one of the busiest avenues during the summer, but we must be as well prepared for the torrential rains that are becoming more frequent during the autumn months. It is urgent that the Autonomous Community continue with them”, stresses Mayor Mario Pérez Cervera.