Age In Spain is now appealing to those people who have not applied to exchange their green document for a TIE to do so without delay. The organisation, which provides information and support to English speakers living in Spain, is here to help those who want to make the exchange.

An Age in Spain poll conducted on social media suggests that the majority of those people who need proof that they are resident in Spain have either received or are in the process of applying for their TIE. But a substantial minority have been deterred from applying for a variety of reasons – some are worried about not being able to deal with the bureaucracy involved, don’t know where to start, or don’t feel it’s important, while others just haven’t got round to it. 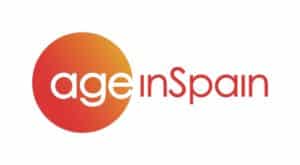 Many people feel that since the paper certificate is valid indefinitely, it’s preferable to the TIE which needs to be renewed every ten years.

But there are serious disadvantages to relying on the paper certificate, as some Spanish authorities no longer accept it as proof of identity and residency.

Helen Weir, chief executive of Age in Spain, has reports of people encountering problems when they only have the paper certificate.

“Some administrative bodies in Spain have stopped recognising the green residency document. In particular, the Employment Office (Oficino de Empleo) have recognised only the TIE since January of this year. So, if you are in employment, on ERTE, or receiving unemployment benefit, it’s imperative that you apply for a TIE.

“There are many advantages to having the TIE – not just its durability. It is evidence that you are officially resident in Spain, it’s valid ID and all you need for internal travel in Spain, and it shows clearly that you are under the scope of Britain’s Withdrawal Agreement with the EU.

“Most importantly, it is recognised by every administrative body in Spain.

“Give us a call on +34 932 209 741, 11am – 3pm CET, or email info@ageinspain.org  if you would like help in applying for your TIE, or visit our website www.ageinspain.org where we have tools that will help you navigate the application process, even if you do not speak Spanish. It’s definitely not too late to do this! ”