Spain have assembled a Womens National Cricket squad for the historic T20 International four nations tour currently taking place in France where Spain, Austria, Jersey and France will compete in the competition.

On arriving in France, captain, LaManga Torrevieja CC’s Elspeth Fowler said: “It’s great that we are all here. “There are no expectations of us, so the main thing is to enjoy it. It is an honour to play in the first cricket match for the Spanish national women’s team.

“It’s very exciting and a great honour. The most important thing is to do our best and hope we win. We will enjoy every moment.”

The majority of the Spain squad are Barcelona based, representing three of the clubs in the inaugural Women’s league in Cataluyna, along with Fowler and Amy Brown-Carrera of Wrenthorpe Ladies, Yorkshire.

Neil Brook said: “There are exciting times ahead for the Spanish National women’s squad. The group have shown so much enthusiasm and willingness to learn.

“They deserve this opportunity to play at an international tournament in France.

“Nadim and Shahbaz have worked so hard putting this group together, under very difficult circumstances and are a credit to cricket.

“For most of the girls it will be their first full competitive matches, but they’re ready to take up the challenge.

“One thing I’ve learnt about this group of girls is how much it means to them as individuals and as a team.

“The girls are ready to take this fantastic opportunity and the huge challenge ahead of them”. 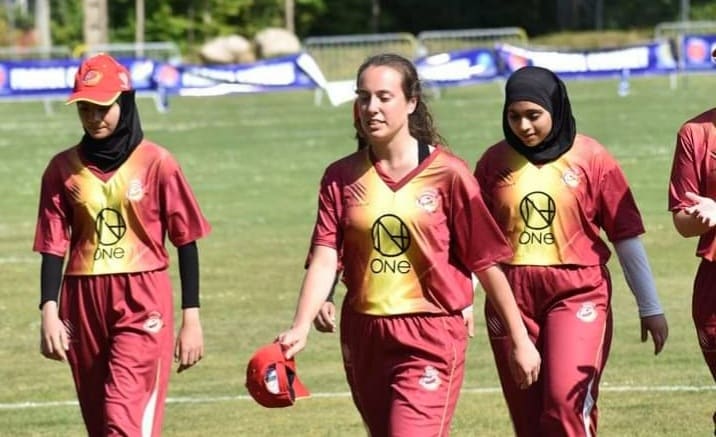 Team manager, Nadim Aseq A Arman said: “I am so excited to be part of this historic moment for Spanish cricket. All the girls have worked hard and never lost hope, even in the most difficult of circumstances.

“Thanks to Cricket España for giving the team this opportunity.”

The Spain National squad departed from Barcelona to Paris on May 4 to play Jersey, France and Austria, with fixtures taking place at Dreux cricket ground where they met Austria on May 5, Jersey on May 6, and Austria on May 7. Spain’s tournament culminated with a fixture against hosts, France on May 8, prior to the squad flying back from Paris to Barcelona.

Sánchez left without usual courtesy visit to the White House