Hucha netted a hat-trick for Torry, that included goals in the 90th and 93rd minutes, with Gonzalo also getting amongst the goals that sees the club on 46 points, behind league leaders Atletico de Catral on 58 points.

In the second half Torry broke the deadlock, when Gonzalo opened the scoring. Hucha bagged his first to give the visitors a 0-2 lead, prior Buján netting in a one-on-one with the keeper to make it 1-2.

With Racing San Miguel looking for an equaliser, Hucha wrapped up the points with goals in the 90th and 93rd minutes to complete his hat-trick, with Torry running out 1-4 victors.

CD Montesinos sit in sixth spot after taking three points in a 1-0 away win at CD Benijofar. CF Rafal defeated Orihuela CF B 1-0. 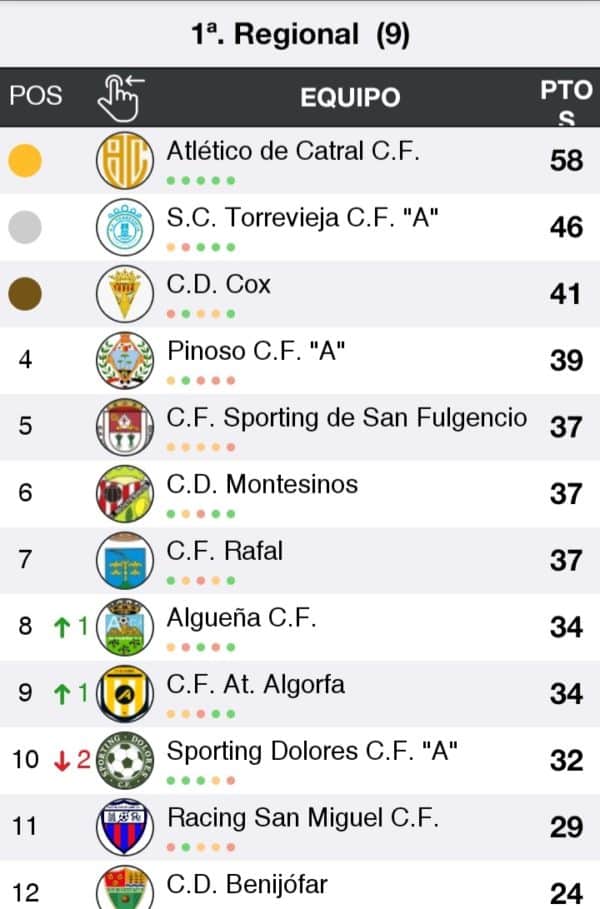 “We want to congratulate our 17-year-old youth player Cristian Juan for his debut in the First Regional,” said a spokesperson from the club.

“Cristian started in the game against Sporting Albatera, playing a great role and gave his all for the Racing shield, as he always does in the youth team.

“We hope he will continue to progress during his senior career, with Cristian joining the list of youngsters making their debut this season in the first team, alongside Roberto, who also had minutes against Albatera, Abraham and Charlie,” added the spokesperson.