With only 4 matches of the Preferente division, group 5, season remaining, every one of those matches is a cup final for CD Thader Rojales.  Starting with an away trip to local rivals Redovan next Sunday (24 April) ko 1130, who incidentally are only a point behind Thader in 5th place, they then have a very hard run in.

When Redovan visited Moi Gomez stadium back at the end of November, the points were shared in a 0-0 draw, but both teams will be fully aware that when they meet again at Antonio Pascual Gil Duana stadium, only a win will be good enough. 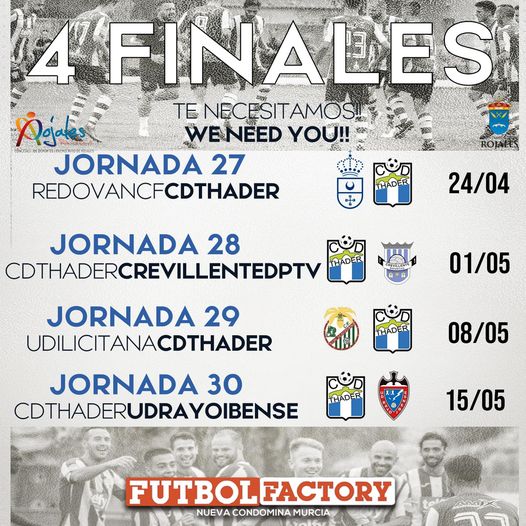 Then on Sunday 1 May, Thader hope to gain revenge for a narrow away defeat. when they host table toppers Crevillente.

The penultimate match of the season on 8 May, sees Thader travelling to Elche based Carrus Ilicatana, who although currently sit in 11th place, will not be taken lightly.

For the final match of this intriguing season, 2nd place Rayo Ibense will arrive at Moi Gomez stadium on 15 May, when hopefully huge celebrations will greet playoffs qualification for the boys in blue and white stripes. 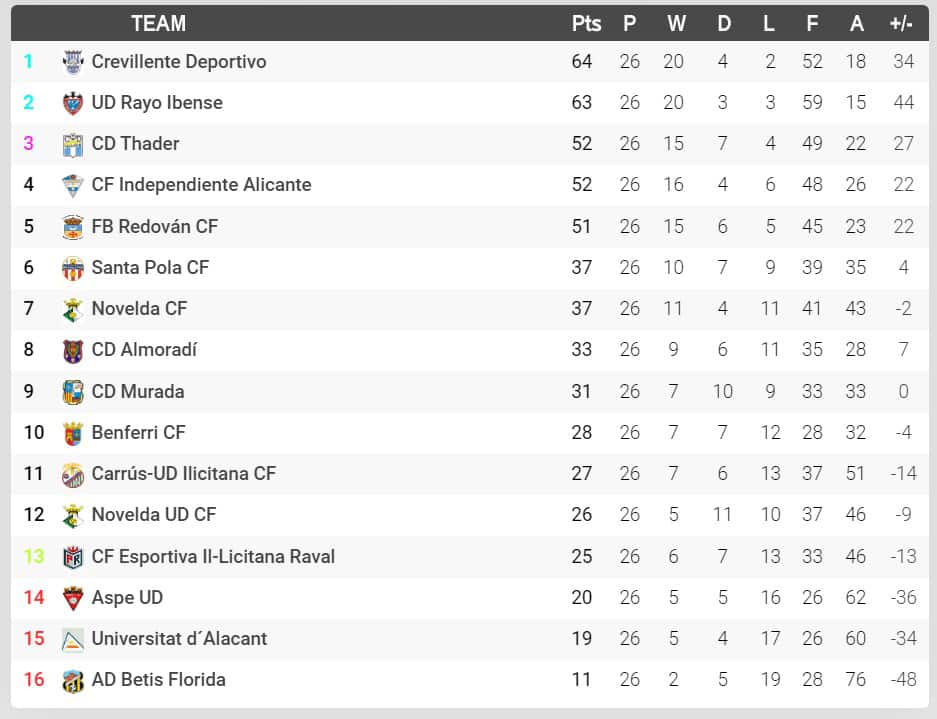