The LeaderPutting YOU at the Heart of the Community
Sign in / Join
Subscribe
Home Motoring Accidents Black Boxes in Your Car: What you need to know 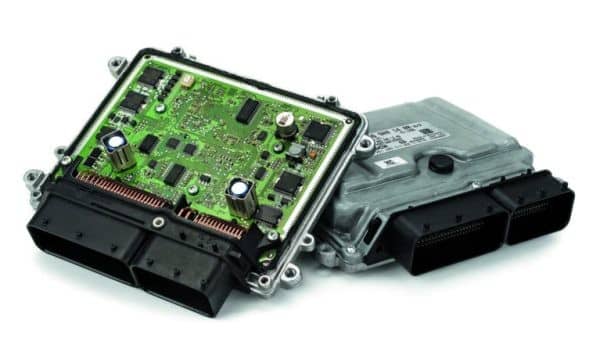 From 6 July, newly approved cars and light vans in Europe must have up to eight support systems installed, among which the most controversial and innovative are the so-called black boxes.

As of July 2022, all newly approved cars sold in the European Union must equip up to eight new ADAS (Advanced Driving Assistance Systems) driving assistance systems. This is what is stated in Regulation 2019/2144 of the European Parliament of November 27, also known as the General Security Regulation (RGS). In addition, throughout 2020 and 2021, various UN and EU Regulations have detailed the specific implementation of these aids.

The issue of the inclusion of black boxes in private vehicles has caused a stir due to possible privacy invasion issues or how and for what purpose the data collected by these devices will be used. Here, we hope to answer some of your questions.

What exactly are these black boxes?

These devices are formally known as EDR (Event Data Recorder). They are approximately the size of a mobile phone and, according to the DGT, could be located under the driver’s seat, screwed to the vehicle’s chassis. Although other experts point out that these black boxes are likely to be added to the existing airbag control units, which are usually located under the centre console of the vehicle, just before the gear lever.

In which vehicles should they be mounted?

The implementation of the black boxes and the rest of the assistance devices will only be mandatory for new cars and light vans that are homologated after July 6. This means that it will not affect vehicles that are already on sale and undergo restyling from that date, since vehicle updates are not homologated.

The EU regulations also establish that, from 2024, these black boxes and the rest of the aids must be compulsorily equipped in all new cars and light vans sold in Europe, even if they have been homologated before July 6, 2022.

What data do these black boxes record?

These devices will collect up to 15 different types of data, among which the speed of the vehicle, braking, engine revolutions, the force of the frontal and lateral impact, steering movements or the position of the accelerator. They will also record the operation of different security systems such as airbags, seat belts and driving assistants. All records will, of course, have a chronological reference, as this box will always record the time and date of the incident.

Who will be able to access this data and for what?

Obtaining data from the black boxes, which can be collected by connecting them to a specific CDR device (Crash Data Retrieval) which, in turn, will be connected to a computer; It will be the sole responsibility of the authorities of each country. This Regulation insists on the privacy of drivers and states that there will be “the possibility of identifying the owner or possessor of a specific vehicle on the basis of the stored data”.

This means that, as the DGT points out, these black boxes do not store “personal data, such as the name, age or sex of the driver” and insists that “they do not serve to settle guilt in an incident, but they do to analyse the causes and encourage better driving”.

And the rest of the mandatory systems as of July are…

Along with the black boxes, there are other ADAS, whose first versions, “some manufacturers already began to incorporate around 2015”. This issue, and the fact that some of these ADAS are essential elements for vehicles to achieve a good score in tests such as EuroNCAP, have contributed to their widespread use in new vehicles.

Interface for connection of a breathalyser

Will it be possible to verify the operation of these ADAS when passing the ITV?

It is expected that, in the future, the editions of this Manual will begin to include them. But it will be

What objective does the EU pursue with the inclusion of this mandatory aid?

Increase road safety and reduce road traffic incidents. And it is that, according to a study carried out by the European Parliament, the adoption of these systems could prevent 25,000 deaths and more than 140,000 injuries in the EU over the next 18 years.

And it is that the inclusion of these driving assistance systems (to which, from 2024, the incorporation of other aids will be added) is located within the Vision Zero strategy, which by 2050 intends that, within the EU, there are no fatalities caused by traffic incidents.