The streets of Orihuela were full on Palm Sunday, for the start of Holy Week in the capital of Vega Baja, a festival declared of International Tourist Interest, which, because off the pandemic was celebrated for the first time in two years.

An authentic Passion full of tradition was attended by many visitors, hundreds of families with their children lining the streets with their palms and olive branches.

The procession was presided over by the new Bishop of the Orihuela-Alicante Diocese, José Ignacio Munilla, starting with the blessing of the palms in the Church of Santas Justa y Rufina. They were then marched to the cathedral, where the Bishop officiated at a mass, in which he thanked the town hall, priests, seminarians, the Mayor, representatives of the National and Local Police, the Association of Moors and Christians Festivals and the municipal council. 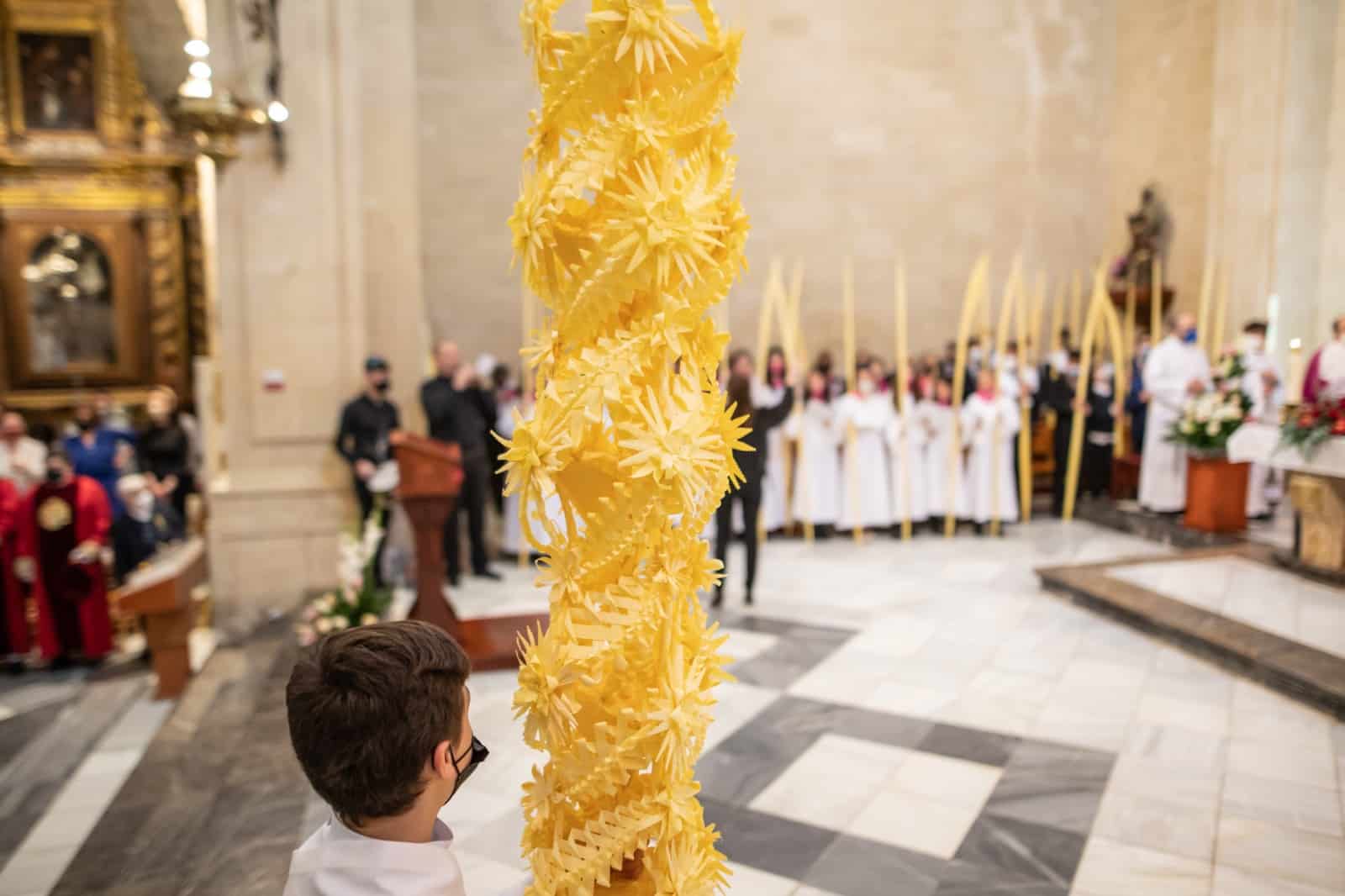 Many people turned out to see Munilla, in office since February, who, in his sermon, said that he wanted to convey at the beginning of Holy Week that ” the fundamental vocation of our lives is to be disciples of Christ , Father, friend, companion and brother on the road, where am I going, where and with whom”.

He told the congregation that the procession of the palms remembers those who accompanied Jesus climbing a thousand meters from Jericho to Jerusalem. “It is an image of the movement of our existence, which is a road to heaven; the opposite is letting ourselves be carried downhill towards the vulgar, which does not offer happiness”.

He added that “good tends to be slow because it goes uphill”, and requires “renunciation and sacrifice”. As he blessed the palms he said that they will serve as protection for homes during the rest of the year.