Her Majesty Queen Leticia travelled to Durham on Tuesday where she met up with Prince Charles to visit the new Spanish Gallery, the first gallery in the United Kingdom dedicated to the art, history and culture of Spain.

The royals visited the collection “Zurbarán: The Twelve Tribes of Israel: Jacob and His Sons”, which reflects the baroque spirit of the Spanish Golden Age, with portraits of the biblical patriarch and his descendants, by the 17th-century painter Francisco de Zurbarán.

The works are part of a display of life-size portraits depicting the twelve sons who made up the twelve Tribes of Israel and their father, the biblical patriarch Jacob, whose story is told in the Book of Genesis. In the paintings, the characters appear before landscapes reminiscent of places in Flanders, typical of the Baroque style, and the painter characterizes the figures represented with a deep face and precision in all the details. 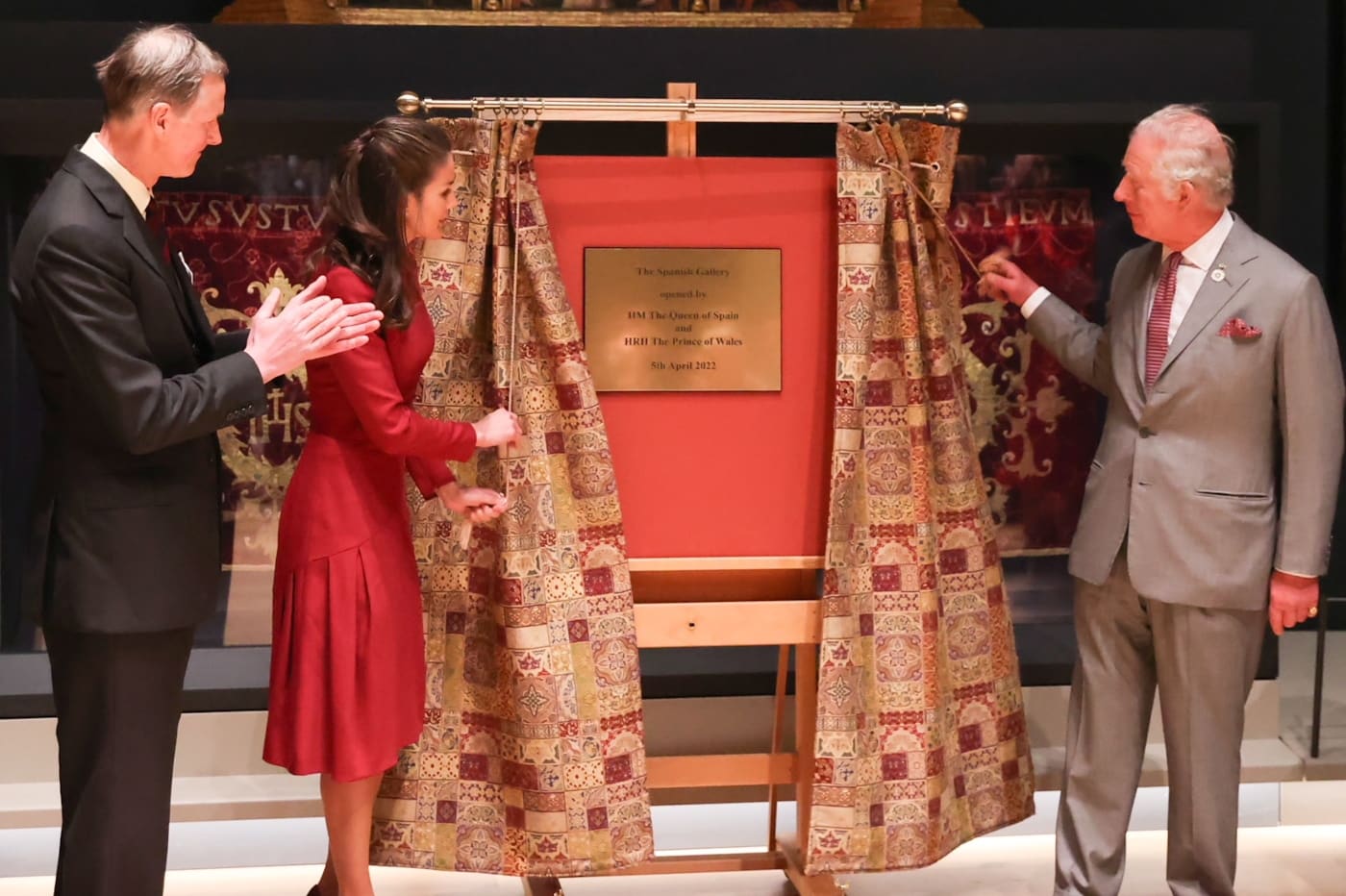 After visiting the exhibition, the Queen and the Prince of Wales conducted the opening ceremony of the “Spanish Gallery of Auckland Castle”, which, in addition to being of cultural interest, is an important source of academic study on the pictorial past of the Spanish Golden Age.

Upon arrival they were greeted by Her Majesty’s representative in County Durham and members of the local authority, as well as a group of volunteer leaders from the Auckland Project.

Founded by philanthropists Jonathan Ruffer and his wife Jane, the Auckland Project set out to bring tourism to Bishop Auckland by using art, faith and heritage.

It comprises a collection of galleries, gardens, parks and the spectacular Kynren historical re-enactment shows, which are staged during the summer.