I think that many of us won’t be too surprised to learn that March 2022 in Cabo Roig has been the wettest on record, and while the rain came as a major boost to our reservoirs and our farmers there were many for whom it was not quite as welcome.

Although they acknowledged it as somewhat necessary, the Irish Community in Cabo Roig were hoping that they might be spared from the wet stuff on St Patrick’s Day itself, but we all know now that was not to be, as there was no let up at all in the strong winds or the rain over that period.

But organisers had recognised that it would be the case even before the parade took place, as 48 hours prior to the event the management committee cancelled, issuing a statement saying that they ere bitterly disappointed but, “because of the weather predicted for 17 March, we have taken the decision to cancel the St. Patrick’s day parade, as we do not want to put the safety of the participants, or the spectators, at risk.”

The decision proved to be the right one, and although the Irish community still celebrated their National holiday in style, the partying was perhaps a little more mute than it might otherwise have been.

But now, in a show of major generosity, the Cabo Roig Business Community is using the funding it had raised to meet the St Patrick’s Day costs to organise a parade that they hope will be even bigger and better.

In a statement issued on Thursday they wrote, “The businesses of Cabo Roig will never be defeated so they will hold a SPECTACULAR INTERNATIONAL PARADE ON Saturday 7th May at 4pm.” 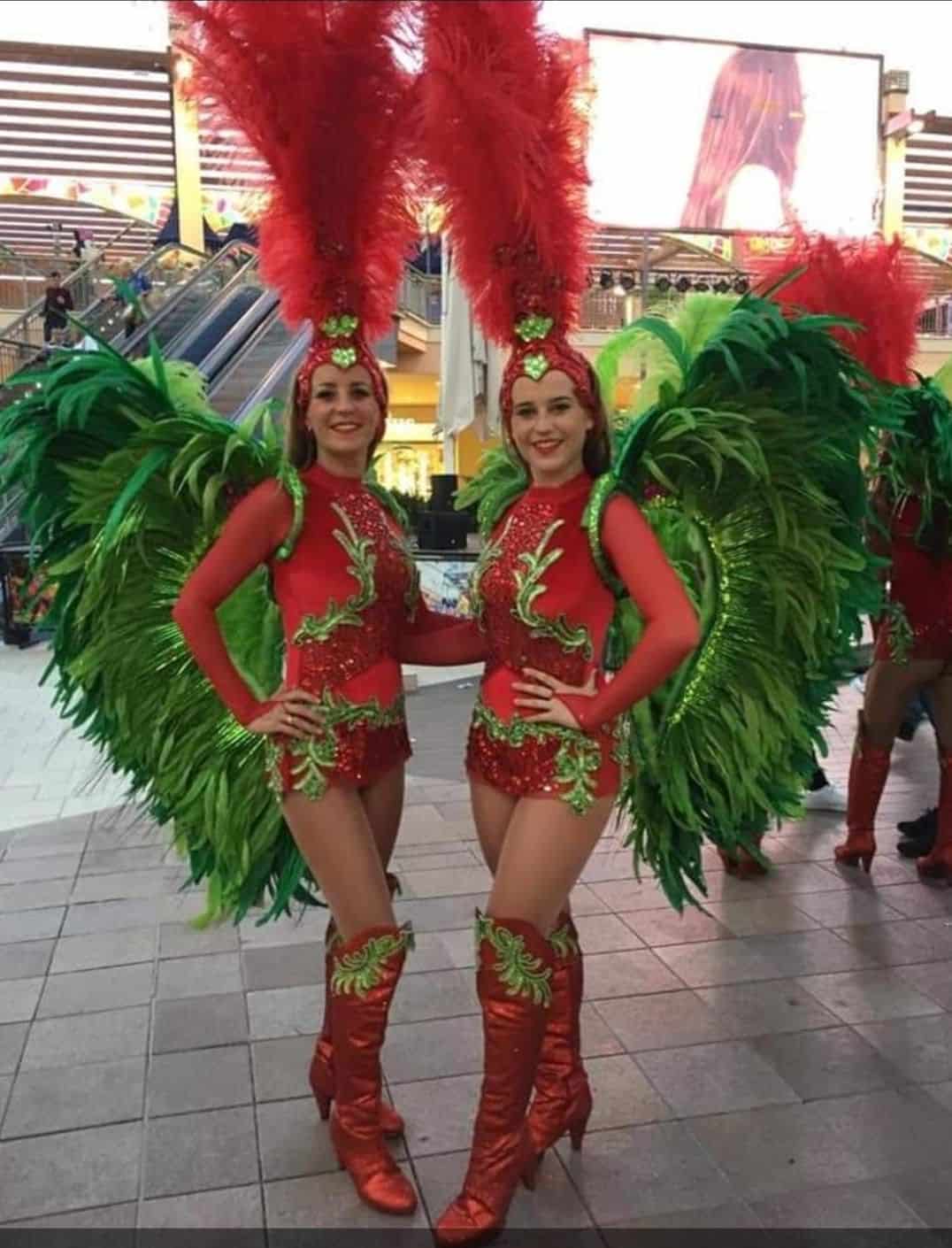 “All the spectacle of the Saint Patrick’s Day Parade will be there, along with contributions from up to 100 different nationalities. This will be the largest ever parade staged on the coast.”

With the emphasis shifting from St Patrick to ‘International’ it is now hoped, therefore, that clubs, groups and associations from across the whole multinational community will join in the event, either with troupes of dancers, performers, or by entering their own float, or even by representing their countries, in native dress.

Such an event is something that the Orihuela Ayuntamiento has often spoken about arranging themselves so it come as no surprise that Maria Rocamora, the councillor of Festivities and International Residents, has offered her full support.

It is understood that many of the troupes previously booked to appear on 17 March will also perform in the International Parade, so with the anticipated influx of additional attractions from across the local community, the parade, surely, will be like no other.

On Saturday the organising committee issued their latest press release, stating, “We would like to invite all international groups (Germans, Ukrainian, Polish, Scottish, Scandinavian etc etc) to join us on Saturday 7th May but they must first register by email to paddysdayspain@gmail.com before Good Friday 15th April.”

“This parade promises to be the biggest and most spectacular ever staged in Cabo Roig. We are fairly confident that the weather will be kind to us. After more than two years of seclusion and restrictions we all deserve a fun-filled few hours to lighten our minds and brighten our hearts,” and with enquiries already coming in they have said that, even now, space in the parade is very much at a premium, and as such, they advise that anyone wishing to be involved should make contact with them as soon as possible outlining their intentions.