Racing San Miguel CF defeated CD Cox 1-0 away in the Valencia1st Regional Group 9 on Sunday, with Buján netting  midway through the second half to bag a valuable three points.

Racing San Miguel, who moved up to tenth place on 24 points, took the game to CD Cox and went close to opening the scoring through Buján and Orourke.

Buján scored in the second half following an assist from Orourke, with Racing keeping CD Cox at bay as they pressed for an equaliser.

Atletico de Catral went 10 points clear at the top of the table on 46 points, following a 3-0 away win at CF Sporting San Fulgencio, who drop to fourth on 33 points.

Alguena CF shared the points in a 1-1 home draw against CF Popular Orihuela. CD Montesinos sit in seventh spot on 31 points, following a 2-0 away win at CF Sporting Albatera.

CD Benijofar returned a 3-2 away win at Sporting Dolores CF. SC Torrevieja CF are in second place on 36 points. 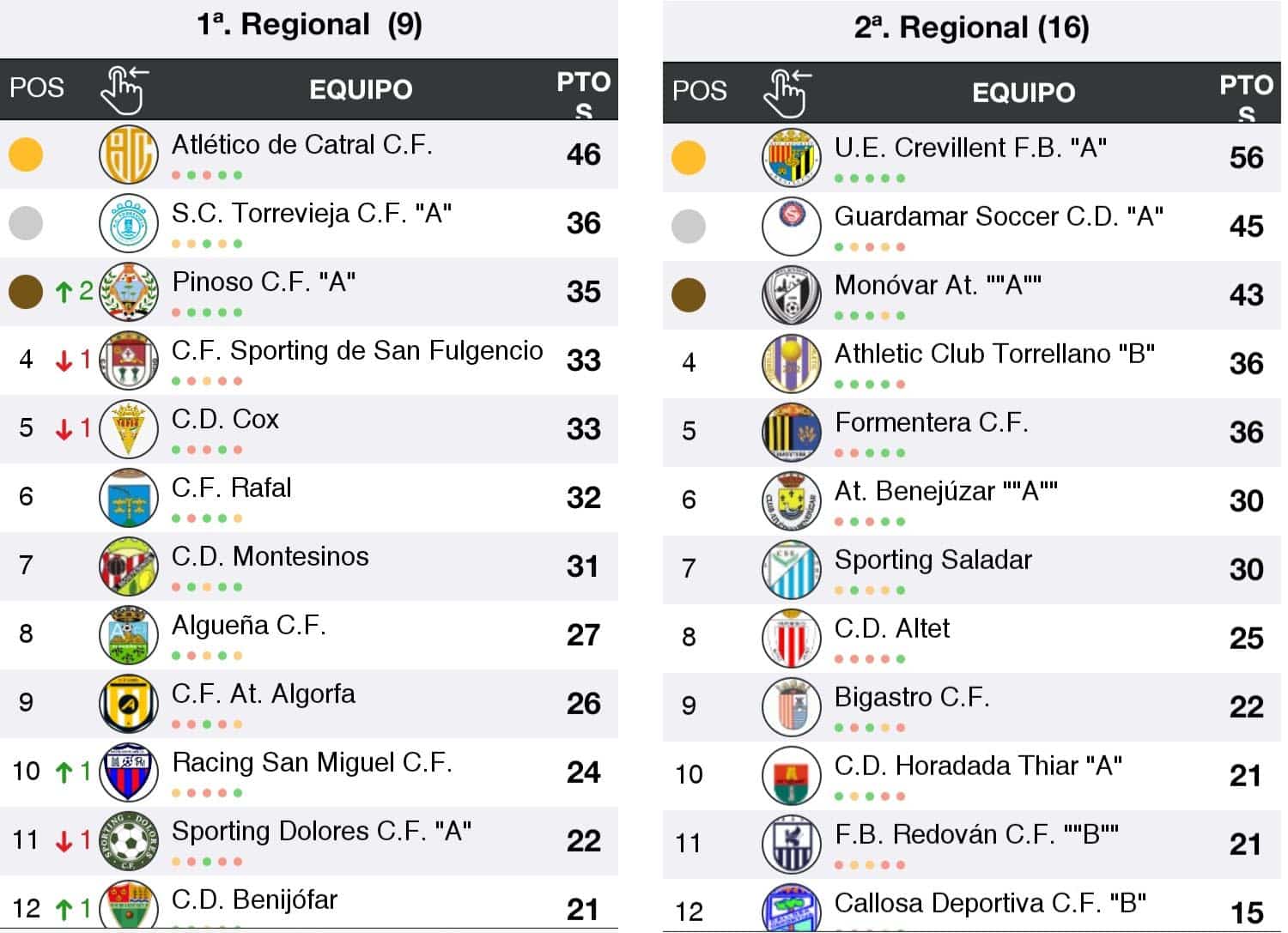