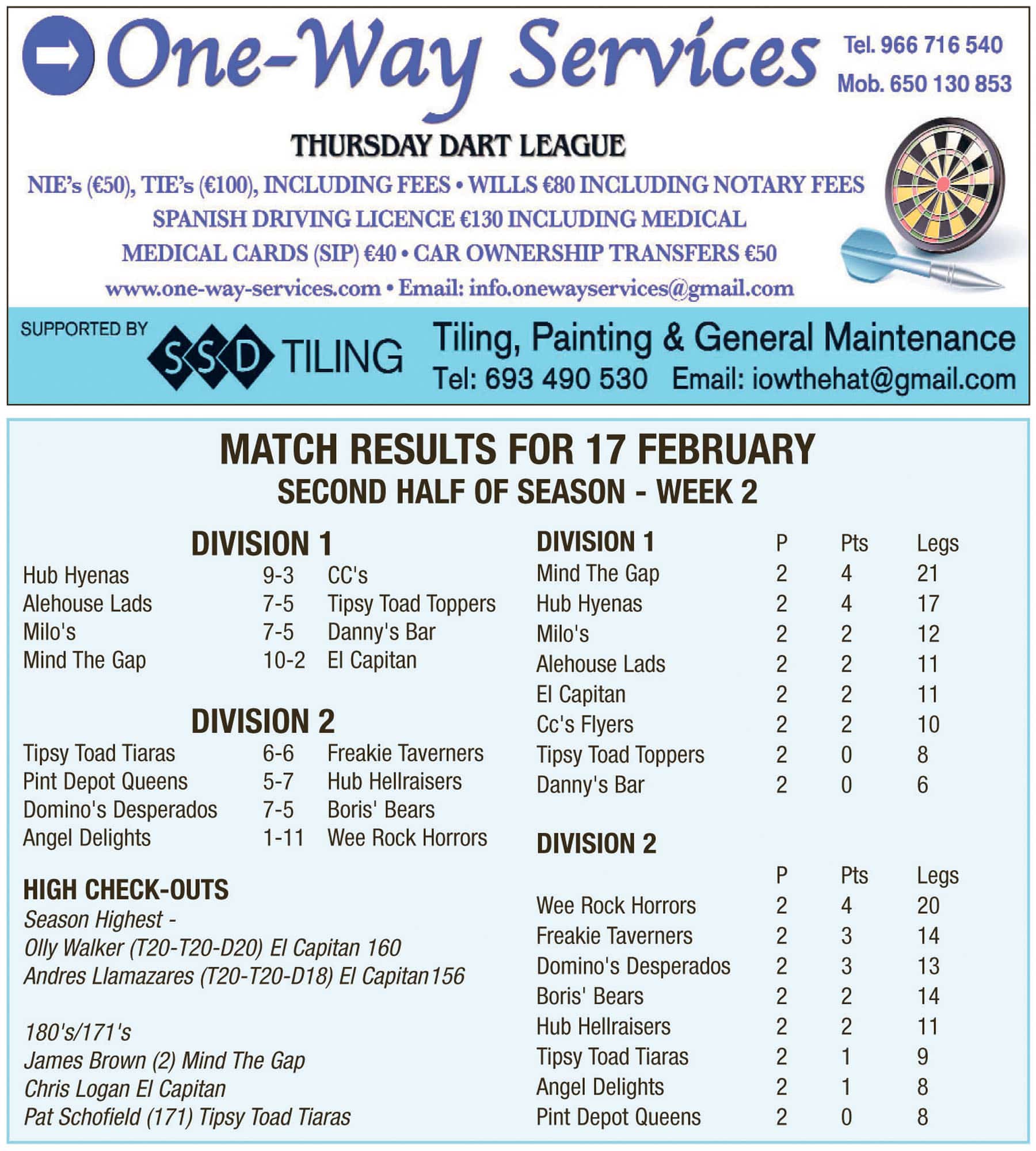 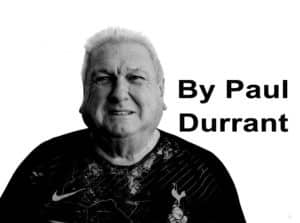 Surprisingly all singles went 2 zip, Gildea taking the 1st with some steady scoring. Harrison and Wing gave the Lads a 5-4 advantage, the former both legs on D3. How did that occur Thomas? Earning a further MOTM, Maiden made it 5 apiece with 4×100, 126 and a D16 to close. Both sides would probably have taken the draw at this point, but White narrowly overcome Winterbourne, leaving Sierra to claim the plaudits and MOTM  both legs on D10.

No one asked to predict the outcome of this one would have claimed a prize. Just 2 legs were the Caps spoils after an outstanding Gap effort, where they remain unbeaten. Gordon Cowan opened the hosts account on D20, Sam Salt 140, Caps response quite amazing, Andres Lliamazares 140, Chris Logan 100, 180 then Lliama closing on 156. 3rd member, Olly Walker presumably buying a round. The next 4 went Gap’s way, James Brown, 100,121,140, D18,D9, Bliss Wright 100,D10, Salt 140, D12, the Caps unable to convert some decent scoring.

Milos raced to a first half 5-1 lead, then had to wait until the 12th leg to determine victory, courtesy of a Samuel James win over Steve Hodgett that included a very nice 165 set up shot. James also converted his pairs leg with Raul Rocamora on D8. Paul Raffell taking Dannys lone win in the first half.

Alan Walker added a 2nd win for the visitors to open the 2nd half, to include 3×100. Rocamora made it 6 for the hosts with a MOTM performance. Dannys then made a game of it, winning the following 3, via Steve Lumb 1-2, John Giggs 1-2 and Jack Reilly 0-2. James wrapped up the match, Walker – MOTM.

Marie Cummins was the sole Royal point earner in the 1st half, Carol Rowland, Lesley Dolling, Jo Burns and Sue Spiers ( 2 ) the five for Raisers.

Skipper McGlynn rightly placed Spiers on first, successfully claiming the point and MOTM.  Cummins and Rachel Broadhead pulled the score back to 3-6 and a glimmer of the draw. Not so as Dolling found D5 for both points, Vi Turner and Maggie Morgan increasing Queens total legs to 5, all of which on D1. Practise night Wednesday ladies. MOTM – Cummins.

Darts nights like this is what it’s all about in Division 2:-   Both teams fielded 9+ players and everyone got at least 2 games.  Freakies feilded 6 ladies and 4 men, and looked to be the favourites, based on the league position and previous result.  They took the first triples courtesy of Groa Bryndis’ D17 despite a phenomenal 171 from MOTM Pat Schofield, who bent the wrong side of the wire of D5.

Solomans found D13, his 4th of the night, to win the match, Billy Dolling 100, 52 out and Forrest 121 D20, aiding and abetting. Williams prevented a whitewash with an impressive 140,133,D4 out and MOTM, Forrest awarded Horrors. 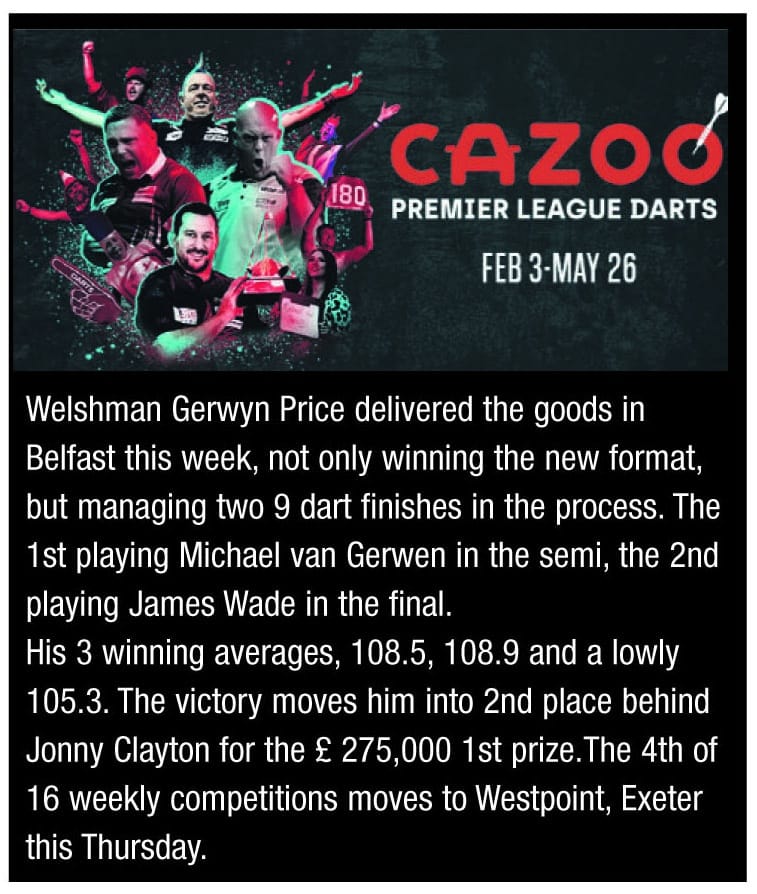