SC Torrevieja dropped to fourth place on 29 points in the Valencia 1st Regional Group 9 table, after taking a point in a 2-2 away draw against eleventh placed Sporting Dolores on February 13.

In what was the surprise result of the weekend, leaders Atletico de Catral who top the table on 37 points, suffered a 2-0 away defeat against Alguena CF, who move up to eighth.

Racing San Miguel (main image) took a point at Campo Municipal Polín, with a 3-3 draw against CFP Orihuela Deportiva, with goals from Aarón, Orourke and Bruno.

Midway through the first half a set piece by Racing was finished off by Aarón netting, with Dani Orourke increasing the lead to 2-0, following an assist from Buján.

In the second half CFP Orihuela produced a gallant fightback, to lead 3-2, with Bruno heading home an equaliser to take a last gasp point for Racing.

CD Cox took the three points with a 1-0 win against CD Montesinos, to move up to third on 30 points, with Monte dropping to ninth, on 21 points.

In the Valencia 2nd Regional G16 a top five clash featured Formentera CF, who slipped to fourth on 30 points, after losing 3-2 at home against fifth place Athletic Club Torrellano B, who took their points tally to 27 points.

Central defender Bruno Gómez has joined Valencia 1st Regional Group 9 club Racing San Miguel for the remainder of the 2021-2022 season on loan from Intercity B.

“Bruno is a young central defender who is in his first year as a senior and arrives on loan from Intercity B.

“He stands out for his forcefulness and his speed,” said a spokesperson from the club.

Gòmez, a prodigy of Algorfa, Elche, Kelme and Murcia, was at Torrevieja youth for three years.

“Signing Bruno has been valued as very positive for the aspirations of this season and he is going to help us a lot.

“We appreciate his willingness to come and that of Intercity to loan him out, since he comes to reinforce an area of ​​the field that has been weakened after the latest squad movements,” said club president, Chema Valero. 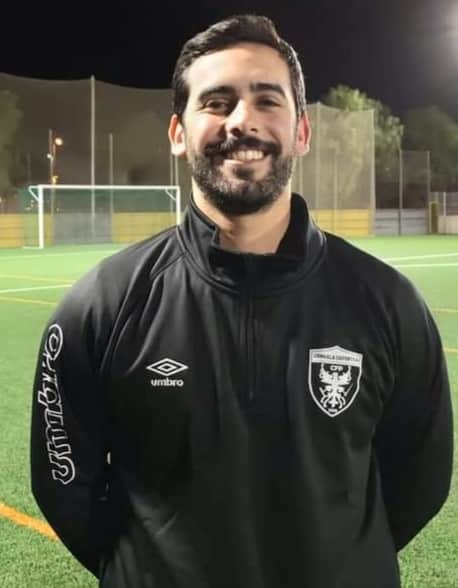 ART and Tectures by Pepe Ros are on show...