A new solar plant that developers threaten to build in Torremendo is being opposed by the Orihuela council.

The project, to be constructed by the company Amber Solar Power Sixteen, has been on public display since 21 December, with a 20-day deadline to present objections, as a prior step to authorisation by the Generalitat.

The Orihuela council writes in its letter that “it does not comply with the regulations at all and it is a biased project created ad hoc by the Amber Solar that involves an irrational use of the area, irreparably affecting the town.

They say that it involves the occupation of 361,236 square metres in the northwest of the district, directly affecting urban planning, its development and growth, and even invading urban land to the extent that it adjoins some streets. 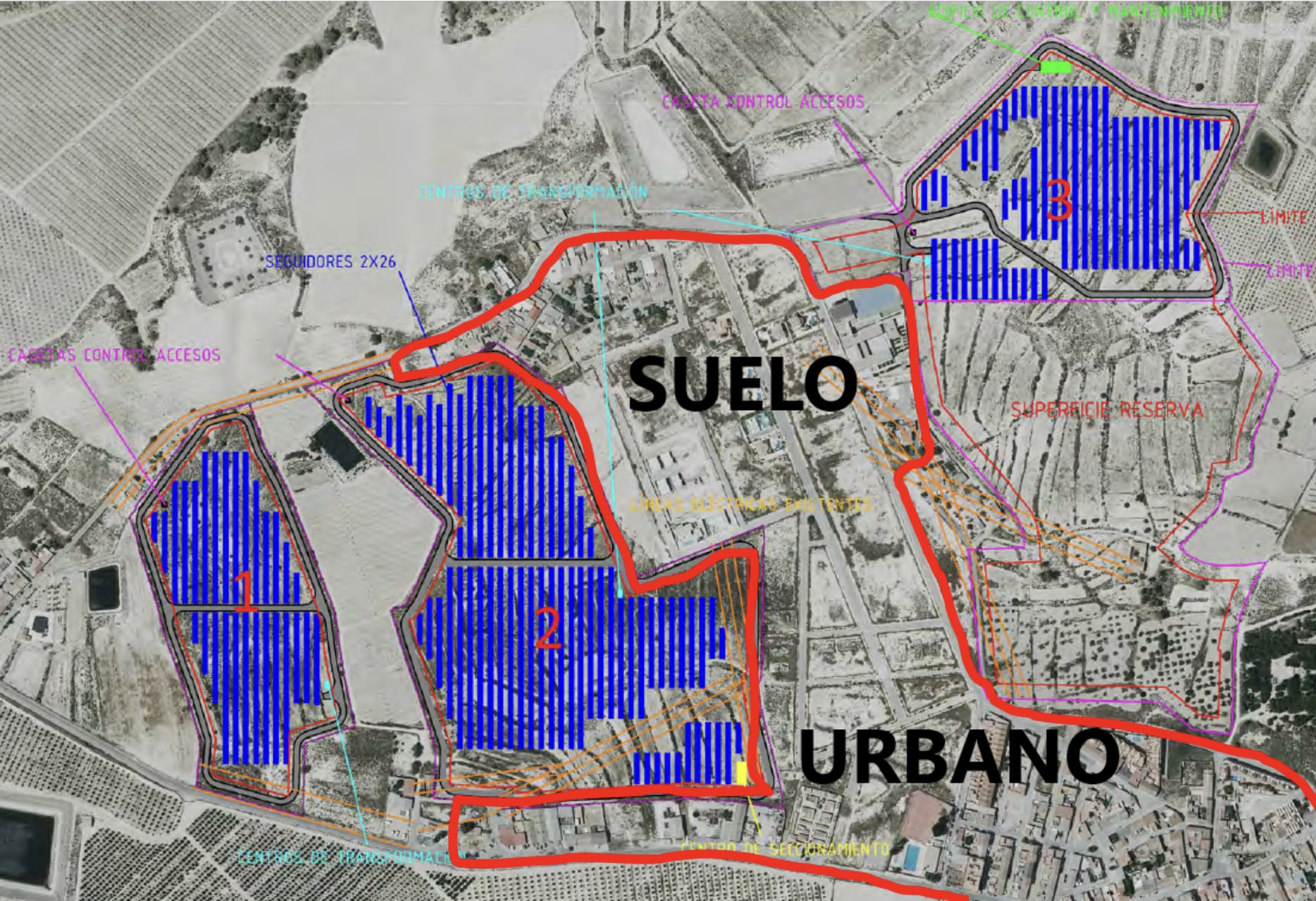 In addition, it is located in the vicinity of the Virgen de Monserrate public school, which makes it impossible to expand this educational centre onto the adjacent plot intended for this use. Nor does it take into account the three special plans -El Tocino, J2 and Las Capitas- that are being developed. The plant also runs across public roads, such as the Camino de las Capitas.

The Orihuela Council states that, as the owner of this public asset, it refuses to authorize its use.

The letter states that the proposal violates up to 22 regulations, without including “the damage to the landscape that the installation will cause in the town, as it will be surrounded by a huge photovoltaic plant.”

In the words of the Councillor for Rural Development, Víctor Valverde, this project turns the town into “a sea of mirrors”. Sonia Bautista, a villager from Torremendo, expressed the concern of the local population, which has collected a petition of more than 500 signatures against. “We are not against solar plants, but we do not want them next to our houses and our school,” she said.