SC Torrevieja CF dropped to fifth place in the Valencia 1st Regional Group 9 following a 1-0 away defeat on Saturday at CF Rafal, who go fourth.

In the Valencia 2nd Regional G16 Callosa Deportiva CF took a valuable three points in a bottom basement match 3-2 away win at UD la Coca Aspense B. CD Horadada lost 3-2 at home against Atletico Benejuzar A.

Formentera CF sit in fourth after hitting five goals in a 5-1 home win against FB Redován CF B, who drop to tenth on 18 points

Bigastro CF moved into eighth place with a 4-1 home win against Elche Dream CF B.

Monovar Atletico A go into third place on 26 points, following a 1-0 win against Sporting Saladar.

Leaders UE Crevillente FB A top the table on 34 points, ahead of Guardamar Soccer CD A, on 31 points, going into Sunday’s fixtures.

*Sunday’s results round-up will be online at www.theleader.info. 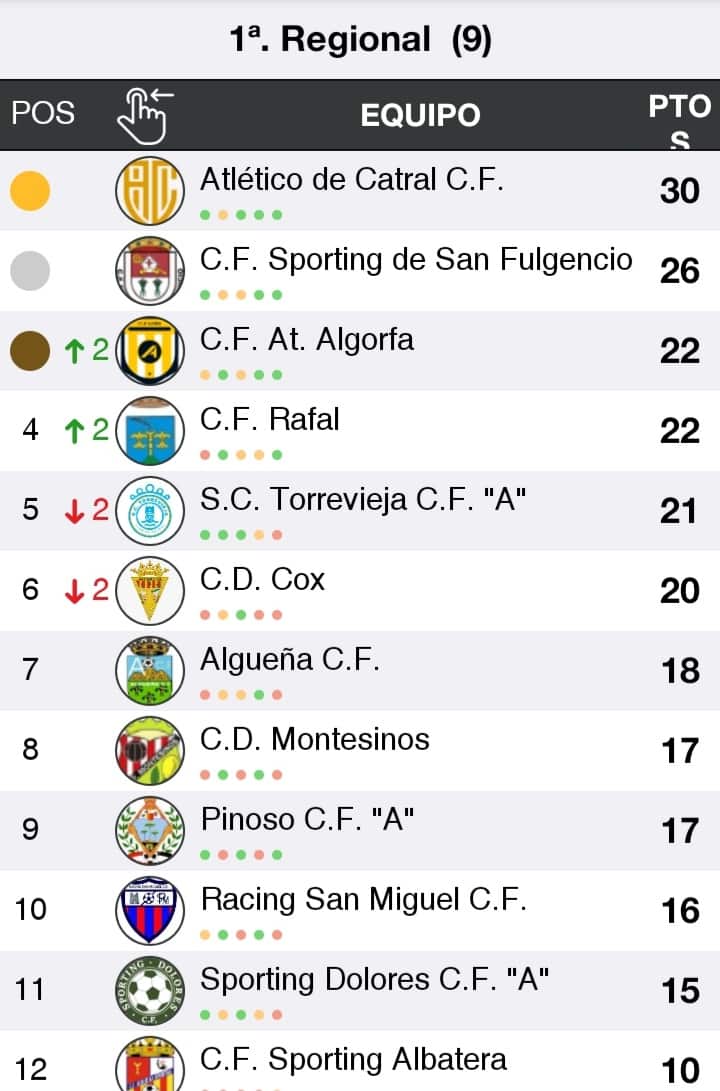 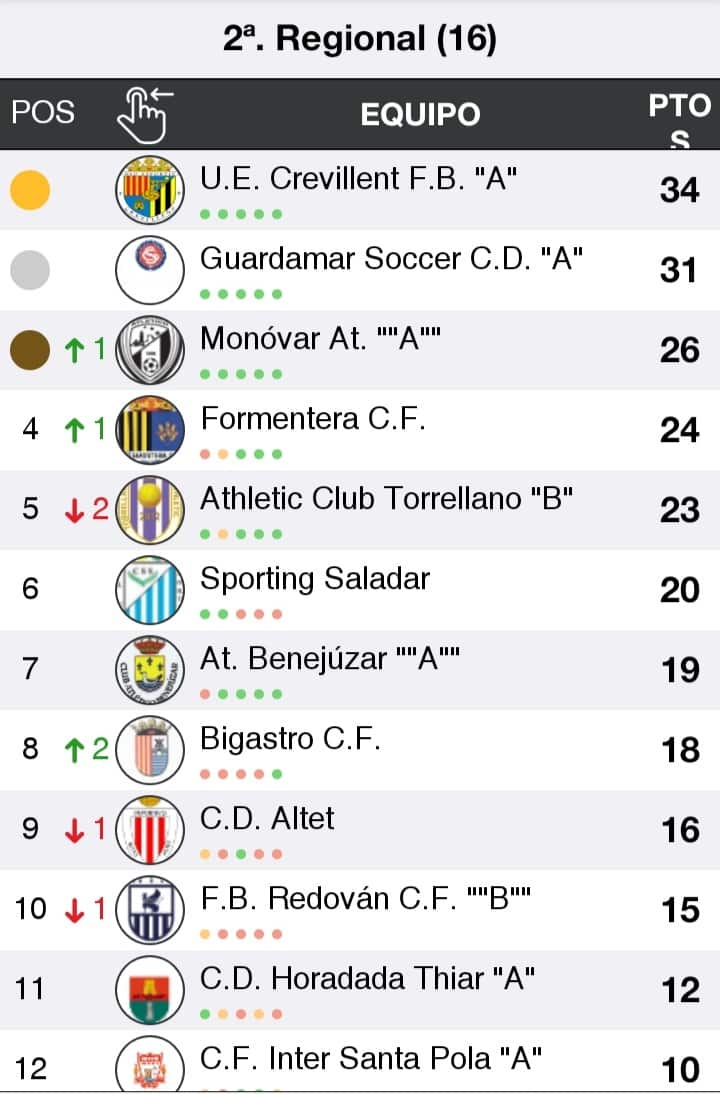