He was almost apologetic, the Elche coach, Francisco, at the post match press conference. “Almería trained me as a player, a person and a coach. I owe them a lot. I have my family there and I wish the best for the club and the city.”

But on the pitch it was a different matter as the Ilicitanos came from behind with second half goals from Piatti (51) and Raúl Guti (83) to take the club into the tournament’s last 16.

For second division leaders, Almeria, despite dominating during the opening period, the dream is over. The loss of goalkeeper, Makaridze, and goalscorer, Ramazani, early during the second half were blows from which they were unable to recover. 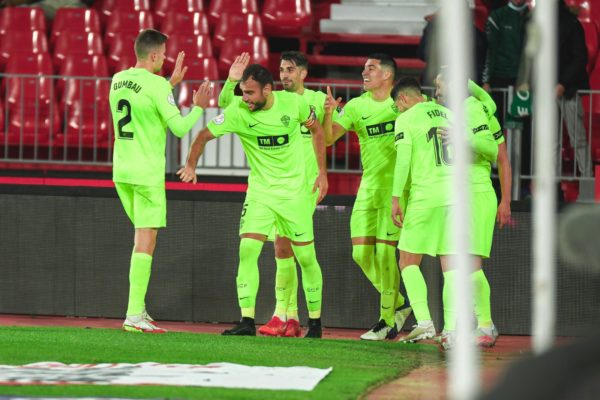 With the game level at 1-1 and extra time only minutes away a Benedetto free kick was played wide to Gumbau who picked out Raúl Guti in the six yard area. The Elche forward only had to touch the ball with his toe, and the visitors were in front.

From here on, the franjiverde team simply held onto the ball, seeing out the remaining minutes to the whistle. Now, they simply wait for their next opponents with the draw to take place at 12.30 pm (today) Friday.