The Vega Baja artichoke campaign began with great enthusiasm and hope because production is expected to increase by 20% compared to last year.

The first official cut of the campaign was made by José Ramón Sempere, president of MERCASA in front of the presence of numerous personalities, including the president of the Alicante Provincial Council Carlos Mazón Guixot, held in the Callosa de Segura orchard.

Also in attendance were the regional secretary of agriculture of Gvaagroambient Roger Llanes, the mayor of the Callosa de Segura City Council Manuel Martínez Sirvent, together with partners and mayors of the associated municipalities 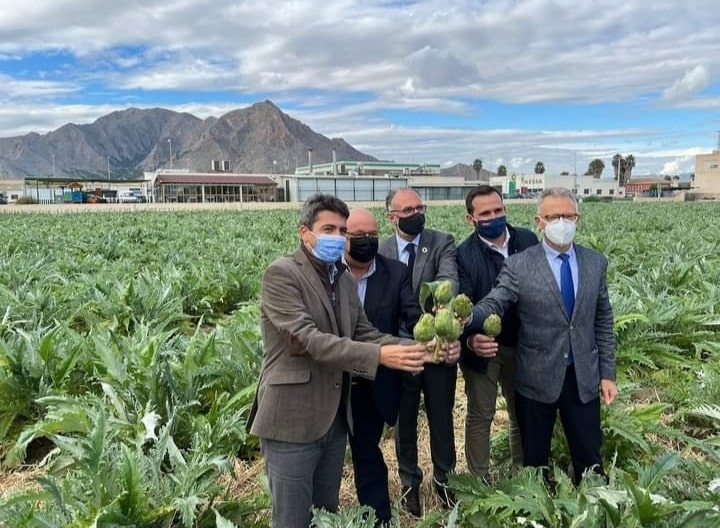 “We wish a happy harvest and a great campaign for our Joya de la Huerta,” said a spokesperson from the Vega Baja del Segura Tourism/Callosa de Segura Tourism Costa Blanca.