GUARDAMAR Soccer CD remain in top spot on goal difference in the Valencia 2nd Regional G16 following a 3-0 away win at Bigastro CF on Saturday, on 25 points.

UE Crevillente FB ‘A’ are on Guardamar’s shoulders, also on 25 points, vying for top slot after a 2-1 away win at Formentera CF, who drop to fifth.

In a bottom half of the table encounter CF Inter Santa Pola and Callosa Deportiva CF ‘B’ took a point apiece in a thrilling 4-4 draw.

Lowly Atletico Benejuzar ‘A’ took a point against fourth place Atletico Club Torrellano ‘B’ in a six goals 3-3 draw. 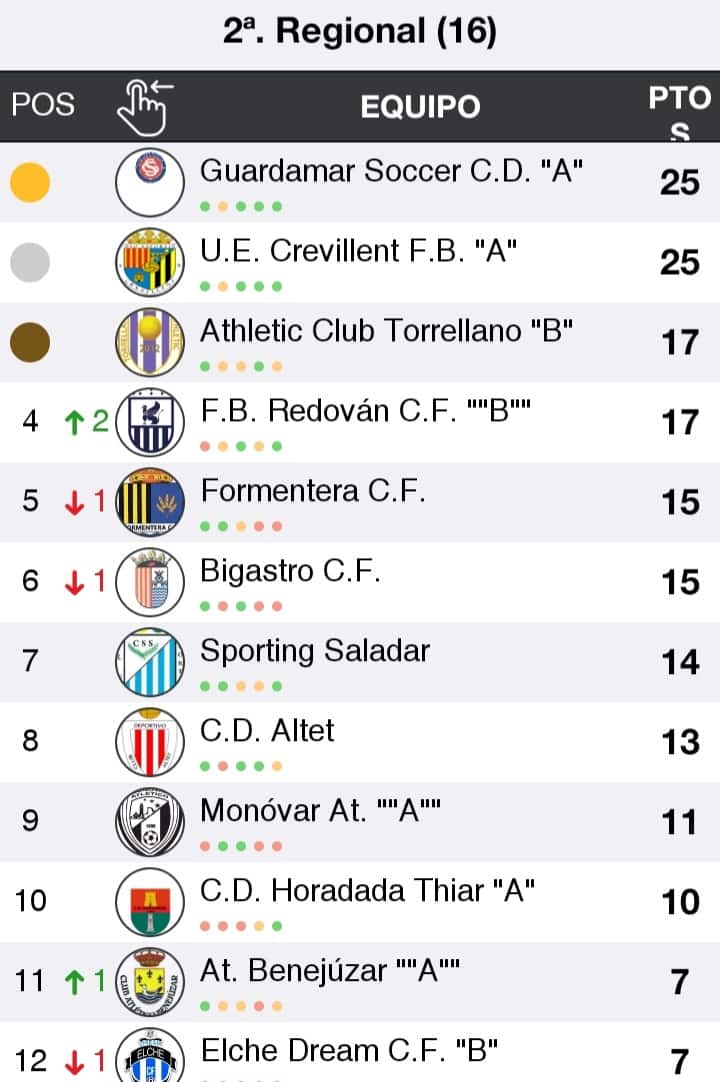 In Division One SC Torrevieja got back to winning ways on Sunday afternoon, following their two recent defeats, with a convincing 5-1 demolition of Pinosa.  Two late first half, substitute Liam and an Angel penalty added a further three during the second period. The win lifts Torrevieja to 5th prior to Sunday evening’s results.

A highly anticipated game in the same division saw San Fulgencio and Racing San Miguel take a point apiece from an entertaining draw.