As the public rejection of building works on Cala Mosca continue to increase a new neighbourhood movement is currently being organised around the Salvemos Cala Mosca platform, which plans to establish itself as an association.

The organisation already has an extremely active WhatsApp group, which has recently been joined by Greenpeace, in which it is sharing video’s as well as calling for demonstrations and a campaign to collect signatures to stop what it considers “an attack on the coastline.” Their objective, they say, is “to continue enjoying one of the few spaces that remain unbuilt on the Orihuela Costa.”

They also state that the proposed development project is full of irregularities, without an official opinion on environmental impact and with a report from Public Works objecting to it due to its impact on the N-332 road. “This City Council does not appreciate its surroundings as it continues to promote the destruction of its natural wealth,” they warn, while also stating that “the residents of Orihuela Costa are tired of asking for the services they deserve.”

It is, they say, “an aberration of wild urbanism” that is destroying an environmental heritage and a natural landscape where kestrels nest alongside Lizards and geckos, terrestrial hedgehogs, red dragonflies, in addition to the Tudorella Mauretanica snail and the cat’s head jarilla, vulnerable species that would end up disappearing from the new urbanisation.

Objections to the proposed construction of the 2,200 new dwellings by the promoter Gomiendo are not new, they have been going on for many years, but while the Orihuela Council and it’s Department of the Environment, led by Councillor Damaso Aparicio, claim that they care about the environment, spending fortunes on the protection of wildlife, flora and fauna, along other stretches of the coastline, their Inconsistency with regard to Cala Mosca, about which they have said very little in it’s defence, is shameful.

In the last 20 years the Vega Baja has undergone an urbanisation process ten times higher than the rest of Spain and its urban fabric has increased by 222% in that time. 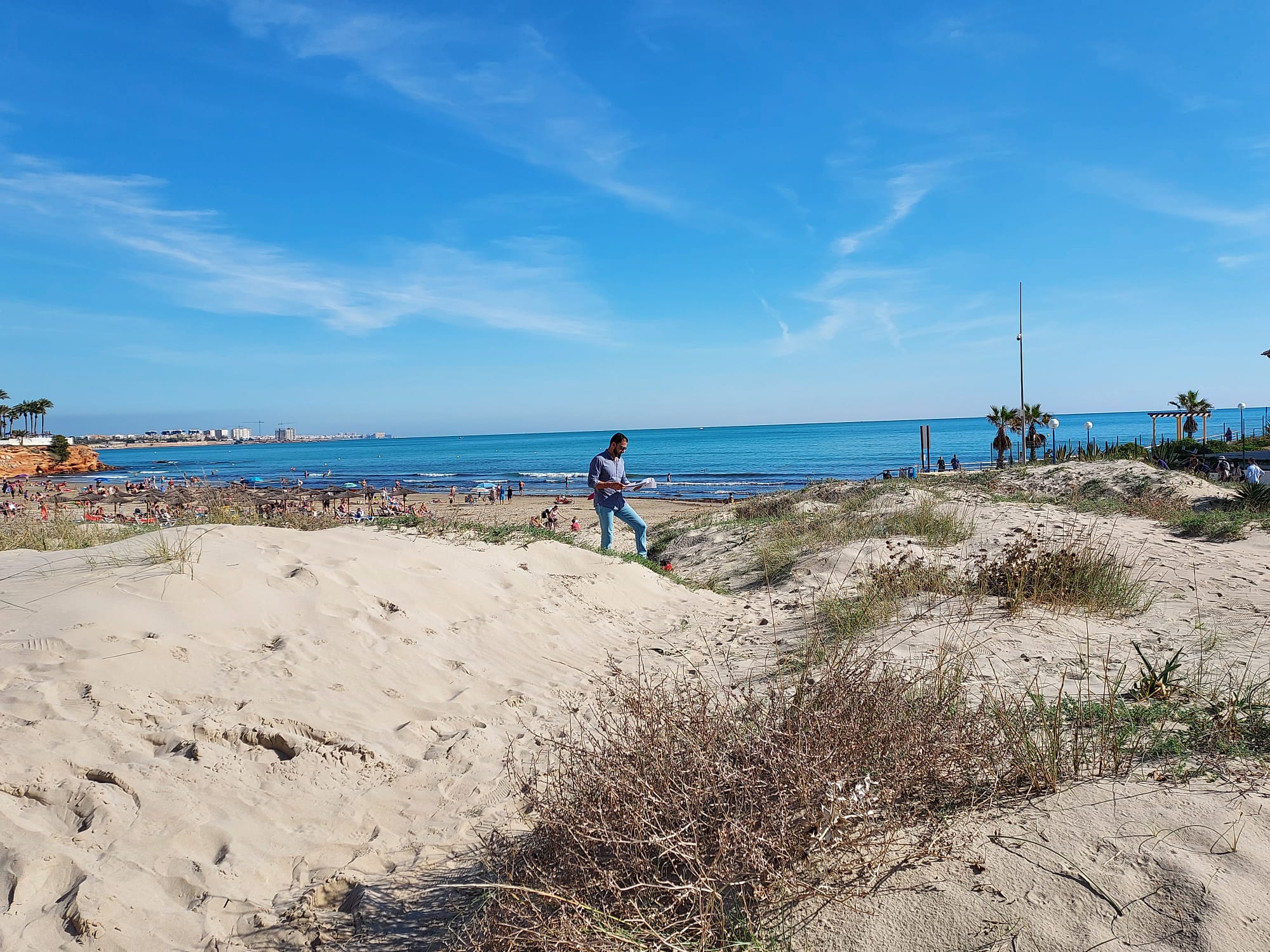 In that context, the development of the last virgin kilometre remaining on the first line of the Orihuela Costa, Cala Mosca, where 2,200 homes are planned to be built, generates a great controversy. “It is the only window to the sea”, says Miguel Ángel Pavón, president of Amigos de Sierra Escalona, and vice president of Amigos de los Humedales del Sur de Alicante.

He says that he is pessimistic, but it will be complicated because “the Generalitat only sees an economic benefit. The only will on the part of the Generalitat, is to avoid compensation that will run to many millions of euros.”

The organizations that Pavón represents have taken part in the public consultation process, which began a year ago. In all the meetings they have repeatedly requested the Ministry to declassify this sector to make it non-developable, also proposing alternatives such as a transfer of the project to other land: “The most viable way is to change the location, either within the municipality or elsewhere in the region”, since the plan is inter municipal.

Greenpeace, meanwhile, say that they are aware of the case which appeared in their 2019 diagnostic report, but they do not have the capacity to act on all cases that are threatening the coastline, especially with Cala Mosca, where they state that legal action is needed to try to stop the building process.

They did, however, send a copy of their guide “Campaigns in defense of the environment. A guide to take action.”