Quote: ‘Torrevieja is capable of anything, La Vuelta was a great success, as will be the World Cup. This is a unique opportunity for promotion’ – Eduardo Dolón, Torrevieja mayor

Torrevieja staged the inaugural opening of being the venue for the World Championship of Women’s Handball Spain 2021 at the Vista Alegre promenade.

The World Cup event inauguration began with a parade with prominence for the eight flags of the countries that will contest the first phase of the competition in Torrevieja: Spain, Austria, China, Argentina, Puerto Rico, the Netherlands, Sweden and Uzbekistan.

In attendance were the president of the Royal Spanish Handball Federation, Francisco V. Blázquez;  the mayor of Torrevieja, Eduardo Dolón;  and from the Torrevieja Councillor for Sports and Vice President of the RFEBM, Diana Box.

Several Torrevieja schools have dedicated to Lola, the official Mascot of the 2021 World Championship.

Three generations of local players were also in attendance in the mythical Warrior, Susana Fraile, the member of the Guerreras Junior, Paola Bernabé and the player from the local youth academy Belén Plaza, along with Javier López, venue manager of the Torrevieja headquarters, who highlighted the role of volunteers in the championship.

The highlight of the event was the installation of a giant figure of Lola – holding a poster in which a countdown has been activated at the start of the tournament.

Francisco V. Blázquez, president of the Royal Spanish Handball Federation, said: “Thanks to Eduardo Dolón, Diana Box and Carlos Mazón for how they have been involved in this project, they are great architects that today this be a success, a special event.  “In 2013 when we arrived, we were looking for a change, to give a boost to women’s handball and thus achieve equality between men and women, and for this we set a challenge, a turning point with the organisation of the 2021 World Cup.

“A Championship that we want to serve as tribute for all those players who overcame barriers, and for all those of the present and of the future”. 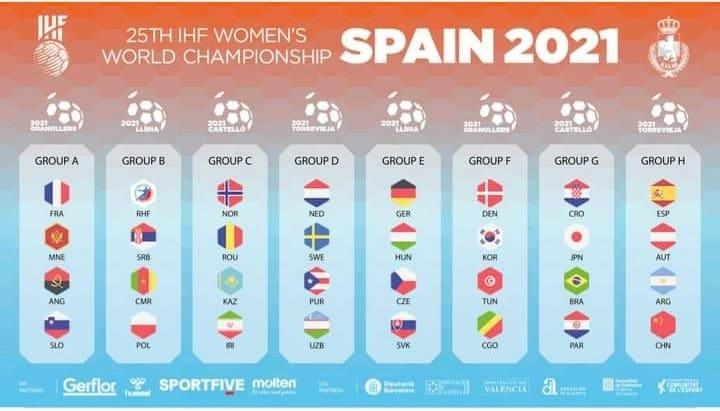 The president of the RFEBM acknowledged the role of the Guerreras headquarters: “Torrevieja, hand in hand with its mayor and the president of the Provincial Council, has shown what it is, a city that has already fought and not trembled when it comes to betting on women’s sport and wanting to position itself as a city that is committed to equality.

“For all this I will be eternally grateful – because this will be the headquarters of the Guerreras where I am sure that with all the support of the fans we will be able to be at the top.”

“We are aware of the importance of everyone being involved, becoming a volunteer, going to matches, in short, doing a joint work that allows Torrevieja to continue linked to sport and being aware that this is a unique opportunity for promotion”. 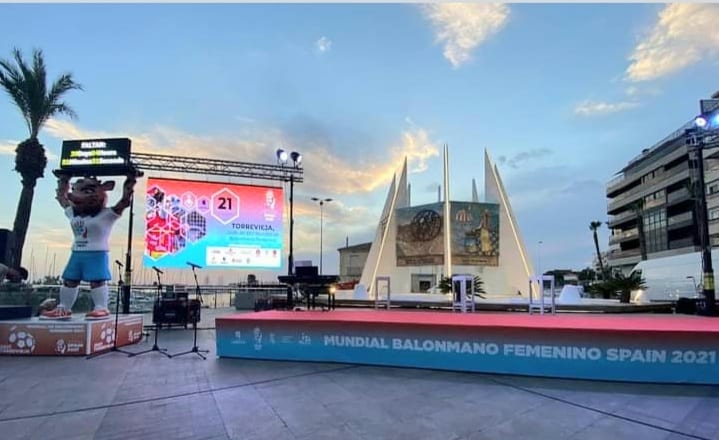 The mayor thanked Francisco V. Blázquez, adding: “I thank you for choosing Torrevieja, for your commitment to a city that is not the capital and for the recognition that this election entails.”

Speaking of the recognition to Carlos Mazón and the Alicante Provincial Council, the Mayor said: “Their contribution has been very important, continuing with their determined support for Torrevieja, so that we are up to the task and show that Spain can organise the best Women’s World Championship”.

Diana Box, Torrevieja Sports Councillor and Vice President of the RFEBM, said: “Thank you Eduardo Dolón for your commitment to sport every day, to all those who work to make this World Cup a success and especially to Paco Blázquez.

“It is an honour to work by your side, you have returned handball to its place, you have given us back the illusion and you have made us believe that women’s handball can be at the same level as men’s and any other sport ”.

Francisco V. Blázquez said: “We will continue to fight for the figure of women in sport, and although we still have a long way to go, I am sure that together we will achieve it.”