CF Atletico Algorfa hit five against CF Popular Orihuela in a 5-0 away win in the Valencia 1st Regional Group 9 on Saturday to top the table. CD Benijofar defeated Alguena CF 2-1 at home.

On Sunday morning two teams in the top four, SC Torrevieja and San Fulgencio shared the spoils in an exciting 1-1 draw with Ismael putting the home side ahead on the half hour mark from a Manu Amores corner.

San Fulgencio levelled on the stroke of half time.

Guardamar Soccer CD retained top spot in the Valencia 2nd Regional Group 16 with a 3-1 away win at CD Horadada Thiar.

Second place UE Crevillent FB A hit eight in an 8-1 away win at UD la Coca Aspense A.

“We knew the La Nostra Cup tie would be a difficult match at Formentera, in which the Greens got a pass to the next round, thanks to a decisive penalty shoot-out.

“It wasn’t until the 88th minute that our goal came from the penalty spot, by Sergio.

“Formentera never gave up, and in injury time equalised, so it went to the penalty shoot-out, with keeper Jovi a hero, stopping the last of the Formentera penalty kicks.

“Congratulations to Formentera CF for their great game and we wish them luck for the season. If they continue playing as they did against us, they will surely give their fans a lot of joy.

“For our part, we keep focusing and worked hard ahead of a return to league action against Alguena CF,” said a club spokesperson.

Racing San Miguel went sixth in the Valencia 1st Regional Group 9 following a 2-1 win against CF Rafal, with goals by Esteban and Orourke.

Rafal went ahead on 10 minutes, following a throw-in hanging in the centre of the area. Racing equalised after 15 minutes, with Esteban netting following an assist from Sergio. HT 1-1.

In the second half Racing pressed the visitor’s goal, with Sparks a noted danger. On 80 minutes Dani Orourke scored to give San Miguel the three points, in what was his return to action after being sidelined with a knee injury.

SC Torrevieja dropped to third after taking a point in a 1-1 home draw against CF Sporting San Fulgencio.

CD Montesinos go fifth after hitting four goals in a 4-2 home win at the Municipal Stadium against bottom club Orihuela CF B.

Riquelme and Alonso remain in charge of CD Murada Benjamin

Carlos Riquelme and Daniel Alonso will remain in charge of the CD Murada Benjamin team during the 2021-22 season.

“Carlos Riquelme will provide the experience and wisdom necessary to ensure that children grow both in soccer learning and on a personal level.

“A whole life related to the world of football, whether as a professional player or as a coach, Carlos will continue to bring out the more football side of him. 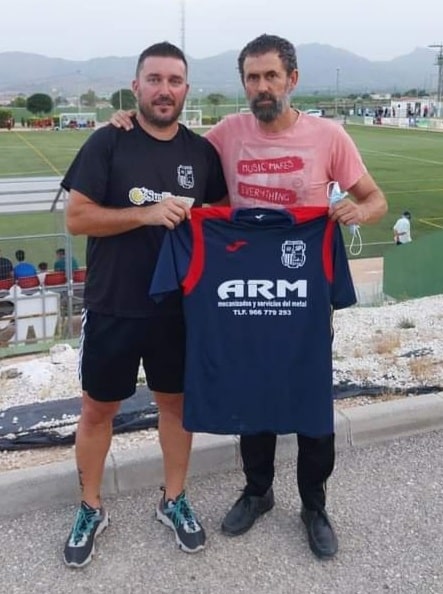 “Daniel Alonso will continue to show his passion for the world of football.  Intense coach and eager to take over the world.  “Despite his young age, he has been associated with the benches and with our club for a long time, always with responsibility and dedication. We hope that we can continue to grow together,” said a spokesperson from the club.

Atletico Algorfa have boosted their squad with the signing of former Callosa Deportiva striker Valentín Pérez ahead of the 2021-22 Primera Regional campaign.

“Pruno is a new Atlético Algorfa player, the centre-back bringing to the team experience, strength and forcefulness. 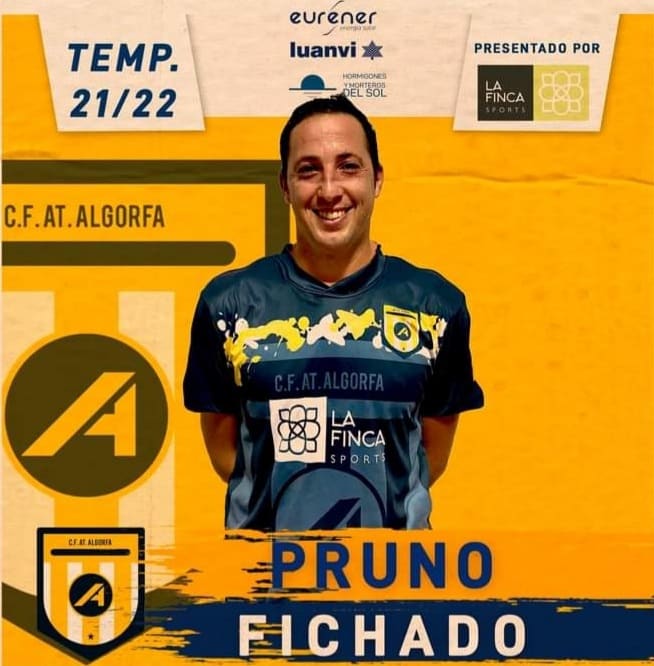 “Paulita, the young player comes from the Costa City Club, who trained in the lower categories of Elche CF and was called up by the Valencian National Team.

“He stands out for his speed, with and without the ball, as well as extraordinary dribbling technique,” said a club spokesperson.

Pre-season defeats were suffered against CD Almoradí, and CD Beniel de la Preferente Murcia, with a win against Formentera CF.

“Results that reinforce the idea of a group that still adapts to the league that awaits them,” said a club spokesperson.

CF Atlético Algorfa have a women’s affiliated team starting this season with the club continuing its commitment to reinforce and strengthen this section with the aim of training players who can help the first team.

At the end of last season the club put the finishing touch to the first year of the women’s team – which ended with the league championship in the Second Valenta Regional FFCV and promotion.

“The Femenino B team will compete in the group that left our first team after promotion, the Second Valenta Regional, and will begin competing on October 3,” said a club spokesperson.

Bethany, professional for the physical training side for the Feminine has a degree in Sciences of Physical Activity and Sports, in addition to a Master’s degree in Performance.

“Since the end of last season Bethany became a huge added value of our club and she will continue to carry out her work with our girls,” added the spokesperson.