The Pascual Flores is back in its home port of Torrevieja. It arrived on Thursday morning, bringing to a close the European tour that it has enjoyed, along with many other classic sailboats, from a multitude of different nations, throughout the summer.

The boat was welcomed into the town’s port by the mayor of Torrevieja, Eduardo Dolón, along with the Councillor for Culture, Antonio Quesada, and the representative of the Nao Victoria Foundation, Fernando Viota. There was also a short routine by performers from the Municipal School of Dance.

As an ambassador of Torrevieja’s tourist and cultural heritage the Pascual Flores has travelled more than 5,000 nautical miles, visiting many different ports in Spain, France and Germany. 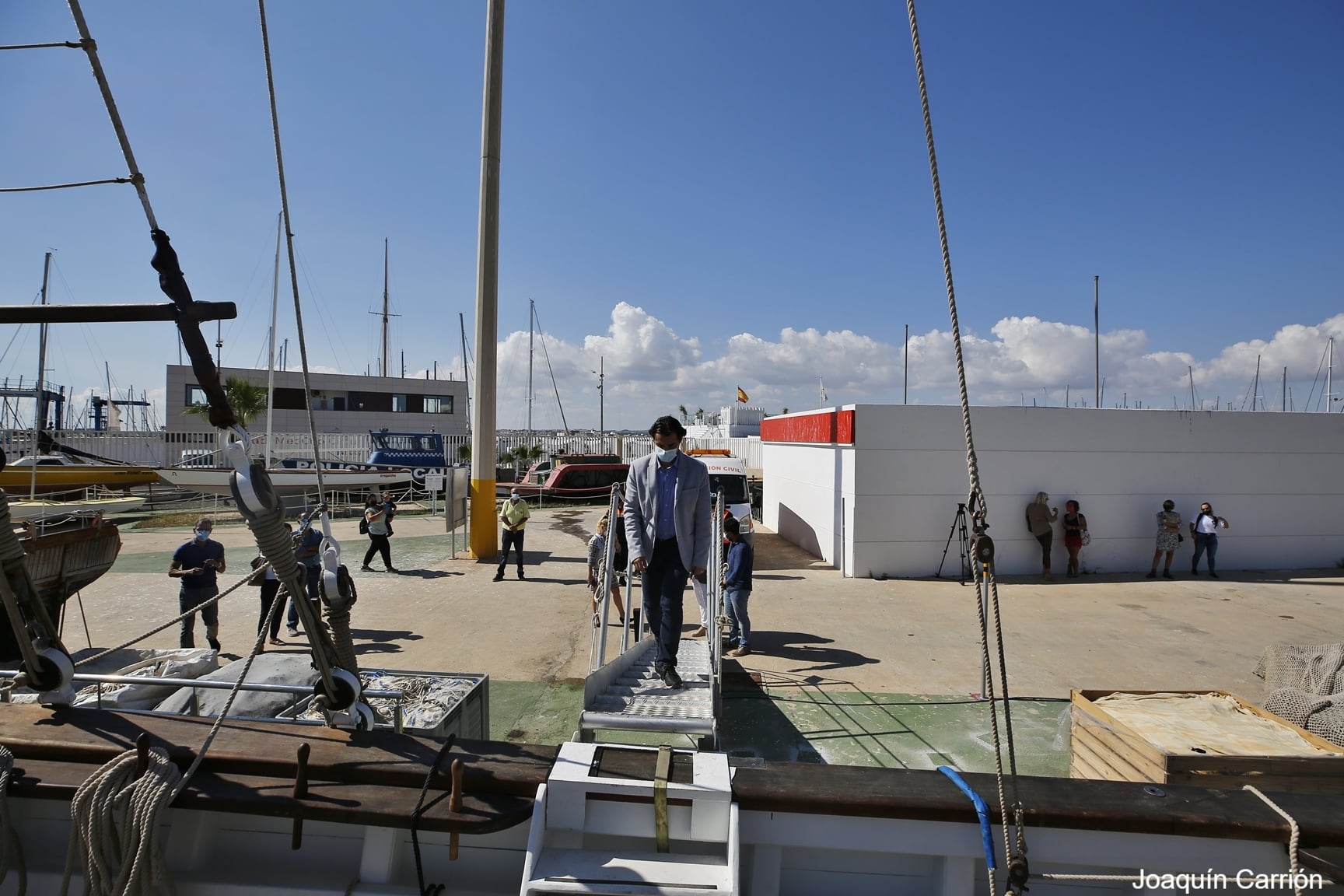 Stopovers in Spain have included Mazagón (Huelva) and La Coruña, in France it has moored up in historic cities such as Honfleur, Calais, La Rochelle and Bayonne, and in Germany, during the month of August, it took part in the prestigious Maritime Festival Tage Bremerhaven 2021.

Back in Spain, it has recently featured in the festival of the sea IV edition of Escala a Castelló, from where it has now sailed to Torrevieja.

In Castellón it hosted more than 15,000 people, so following its journeys through international waters during the summer, it has now received visits by more than 30,000 members of the public.

Having moored up in Torrevieja the ship will now be docked in the city’s port until January 2022.

The Pascual Flores can be visited by the public every Tuesday, Wednesday and Thursday whilst it remains in the city, in addition to which anyone who wishes to do so can enjoy an unforgettable journey aboard this historic vessel along the coast of Torrevieja. 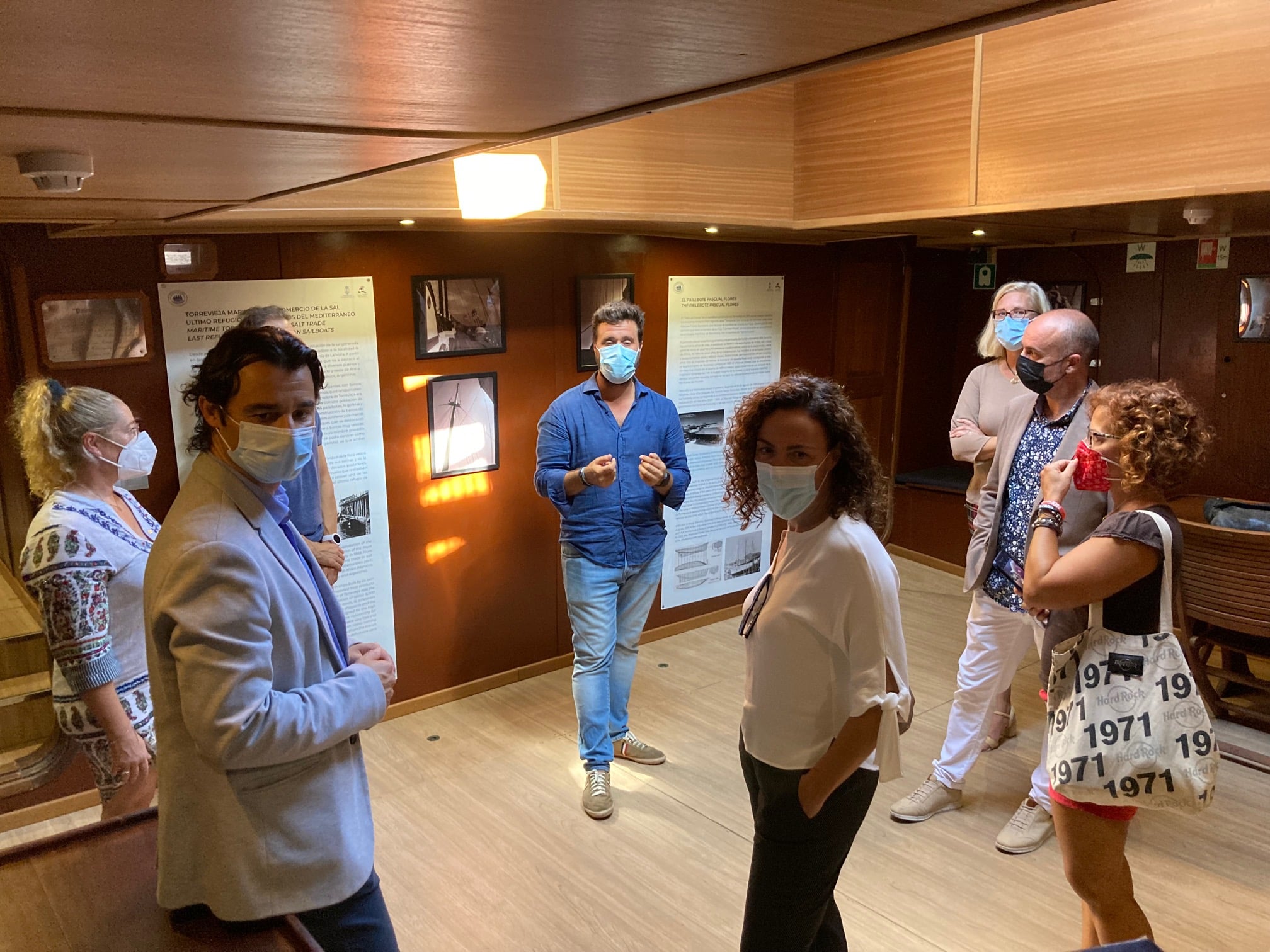 These voyages, called “baptisms of the sea”, will take place every Friday, Saturday and Sunday, starting on October 22. The departures will be from the Port of Torrevieja and the trips will last approximately four hours, provided that the weather conditions allow it.

They are open to both adults and children who will be able to enjoy a unique opportunity to sail in this magnificent ship, a symbol of the last great sailing ships of the Mediterranean and of the maritime history of the city. So why not learn about its operations and share an unforgettable experience with the ship’s crew.

The Pascual Flores is a historic 3-masted schooner, a onetime star of the TV series ‘The Onedin Line. She was the last sailing ship built on the beach in Torrevieja during the early part of the last century.

After her trading career finished she was British owned and based at Dartmouth and then Bristol. The ship was rescued in Milford Haven and brought back to her home port of Torrevieja on a heavy lift ship where, in 2008, she was restored before, once again falling into disrepair.

Her most recent ‘overhaul’ was carried out in 2020, and during the early months of this year, by the Nao Victoria Foundation, a non-profit marketing and educational platform that promotes historical events.

Point of sale: tickets.pascualflores.org or on the boat itself.