A huge fire completely destroyed a shoe warehouse in Catral that saw the roof collapse report the Provincial Firefighters service.

The fire occurred at a warehouse located on Calle La Partición in the San Juan de Catral industrial estate.

Fire engines raced to the scene with a sergeant, three corporals and 13 firefighters in attendance from the Almoradí, Crevillent, Elche and San Vicente del Raspeig bases.

The fire was placed under control after seven hours. No casulaties have been reported.

It is not yet known what caused the blaze, which broke out just before 4am, but the structure of the building has suffered extensive damage, and parts of the roof have collapsed 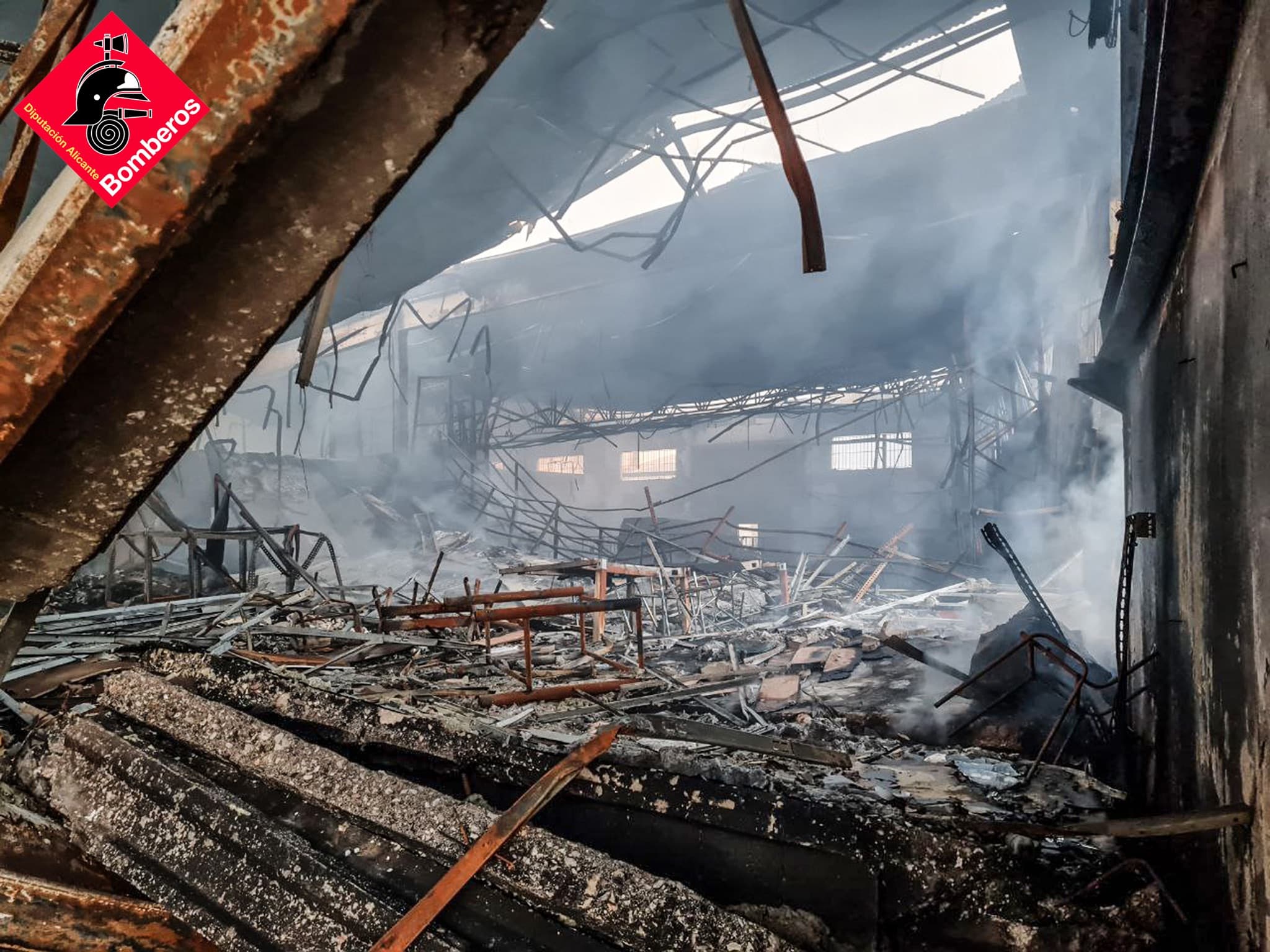