When the Actors Community Theatre group (ACTS) began rehearsals for their next production Ladies Day, two years ago, nobody could have imagined what was about to happen to the world in early 2020.The group was just three weeks away from opening at the Cardenal Belluga Theatre, San Fulgencio when the axe came down and a strict lockdown was introduced to combat the Covid 19 pandemic.

Like other similar organisations, the ACTS members were prevented from meeting and rehearsals came to a halt. Even when restrictions were eased, it was only possible to have limited get togethers and only in the form of glorified read-throughs with cast members observing distancing rules and sitting at separate tables.

Whilst other drama and entertainment groups were suffering the same problems; added to ACTS predicament, a series of disasters and setbacks followed one after the other.  Firstly two key members of the production team were lost permanently, for personal reasons on the one hand and serious illness on the other.

Then a further series of other misfortunes relating to health were experienced. One a broken leg following a fall which, because of complications, prevented the actor in question from attending rehearsals for seven weeks; and several other incidents including the necessity for self-isolation by certain members of the cast.

These were followed by the director Colin Bird, receiving phone calls from the UK notifying him that there had been a fire at his and his wife’s property in Suffolk, and the death of a dear friend in Bermuda – neither of which could be followed up on, due to the harsh international travel restrictions.

Then finally the production’s stage manager and her husband announced they would have to return to the UK for much needed specialist medical treatment and would miss the performance dates.

Nobody in the group could have been blamed for thinking that the omens should not be ignored and perhaps the production cancelled.  The Gods of Am Dram appeared not to be smiling on ACTS.

But the group, responsible for such recent productions as The Play That Goes Wrong and Calendar Girls amongst others, battled on and against all the odds are now proud to announce that the long awaited Ladies Day is being staged from Thursday 28th until Saturday 30th October at Cardenal Belluga, San Fulgencio with tickets available by emailing: actstheatre@icloud.com or phone, message or WhatsApp on 602 683 925.

Tthe tale of four women who decide to relieve their boredom as packers in a fish processing plant, to attend Ladies Day at York Racecourse.

The day turns out to be more than they expect, and has a dramatic effect on each of their lives. 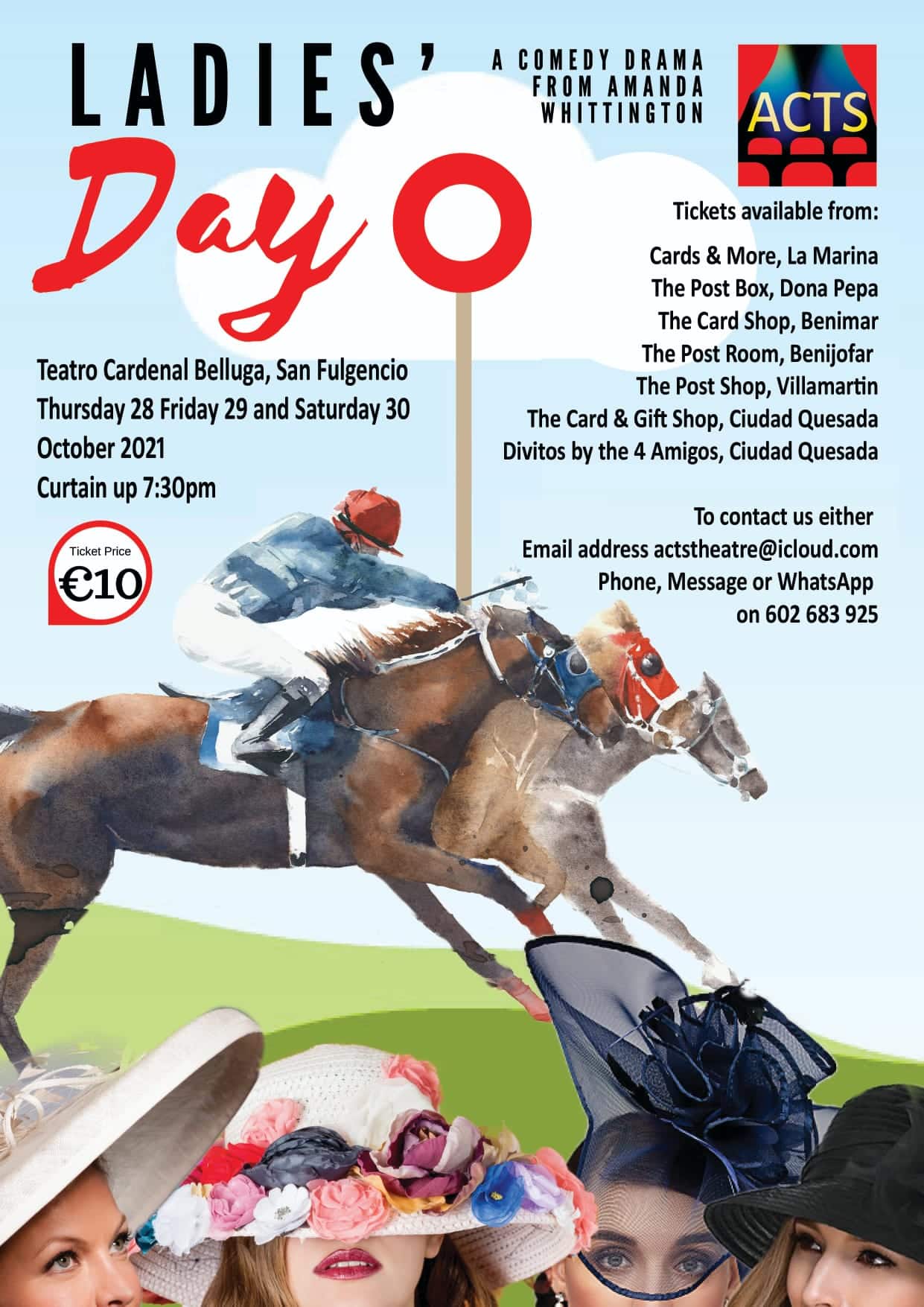