The lengthy investigations took place following several complaints from foreign citizens – who reported their belongings had been stolen from the airport car parks.

Thefts were committed, including when the victims were taking out a vehicle lease. 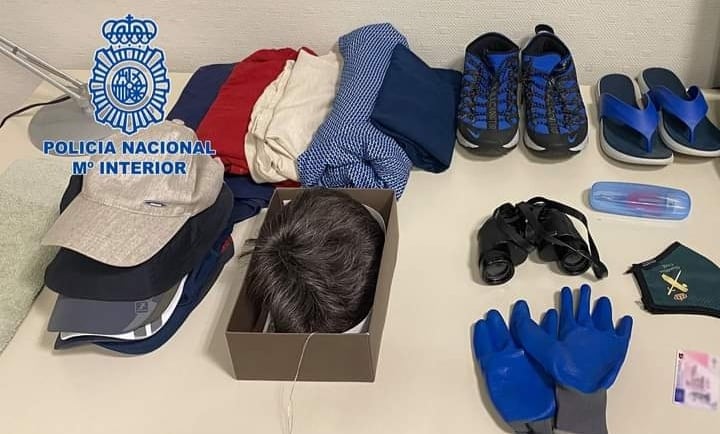 During investigations it was found that the suspects were loitering around the arrivals area looking for vulnerable victims.

Pretending to be travellers they moved through the airport with backpacks, handbags – wearing wigs and caps.

Using ‘Military tactics’ undertaken in their country of origin, they observed the movements of victims, monitoring the possible police presence and co-ordinating the movements among the members of the criminal group.

The group acted, while one entertained the victims with ‘hook’ tasks; another was in charge of carrying out the abduction and a third member facilitated the escape, using rental vehicles.

Members of the group were identified and immediately the deployment of a police operation inside the passenger arrivals area and in the airport vehicle parking area was put in place.

Arrests were made in the airport area, while the gang mixed with passengers, at the time of allegedly watching a victim to perpetrate a theft.

At the time of the arrests, the agents found in the boot of a vehicle, numerous used clothing items, which they allegedly used to change clothes after committing the criminal act.

Several caps of different colours and a wig were found.

The National Police attached to the Airport Police Station has so far clarified half a dozen thefts attributed to those arrested, in addition to being charged with various crimes of robbery, document forgery and irregular stay, due to the ban on entering the territory.

The three detainees, men, of Albanian-Kosovar nationality and aged between 33 and 49, were placed at the disposal of the Investigating Court in charge of the Guardia de Elche.