The Department of Culture once again brings the best operas from Madrid’s Teatro Real to Orihuela Costa, along with live concerts by local groups.

Councillor Mar Ezcurra, announced the program of Opera in Orihuela Costa that will take place during the months of July, August and September on the esplanade of Playa Flamenca.

It is a program that combines retransmissions of the best operas performed at the Teatro Real with live concerts by bands and musical groups from Orihuela.

“On Wednesdays there will be screenings of the operas from the Teatro Real and on Sundays the  public will be able to enjoy live concerts”, said the councilor Mar Ezcurra.

The first opera will be on Wednesday 28 July, the famous opera «Otello», by Giuseppe Verdi; on Wednesday, August 4, there will be a screening of “The prohibition of loving,” an opera in two acts, written and composed by Richard Wagner in 1834; on Wednesday August 11 we will be able to see “The Barber of Seville”, a comic opera in two acts with music by Gioachino Rossini and a libretto in Italian by Cesare Sterbini; On August 18 it will be the turn of the opera “Carmen”, by Georges Bizet and on Wednesday August 25, the broadcasts will conclude with “Tosca”, one of the most popular of all operas, by Giacomo Puccini.

The first live concert will take place on 25 July when the Orihuela Symphony Orchestra (OSO) will perform. On August 1 it will be the turn of the Ginés Pérez de la Parra Choir, on Sunday August 8 the Orcelitana Lyrical Union (ULO) will perform. On August 15 you can see ACAMDO, on August 22 the Trio Camerata Antigua will live on the Esplanade, on August 29 the DACAPO Musical Association will perform and on Friday, September 3, the Orquesta Ciudad de Orihuela (OCO ).

All performances will be at 8.30 pm with free entry until full capacity is reached.

“Last summer,Opera in Orihuela Costa was a real success and for this reason we wanted to extend it in dates and concerts. We want opera in Orihuela Costa to become a must-see annual event and bring together residents and visitors who can enjoy our coastline during these summer months,” said Mar Ezcurra. 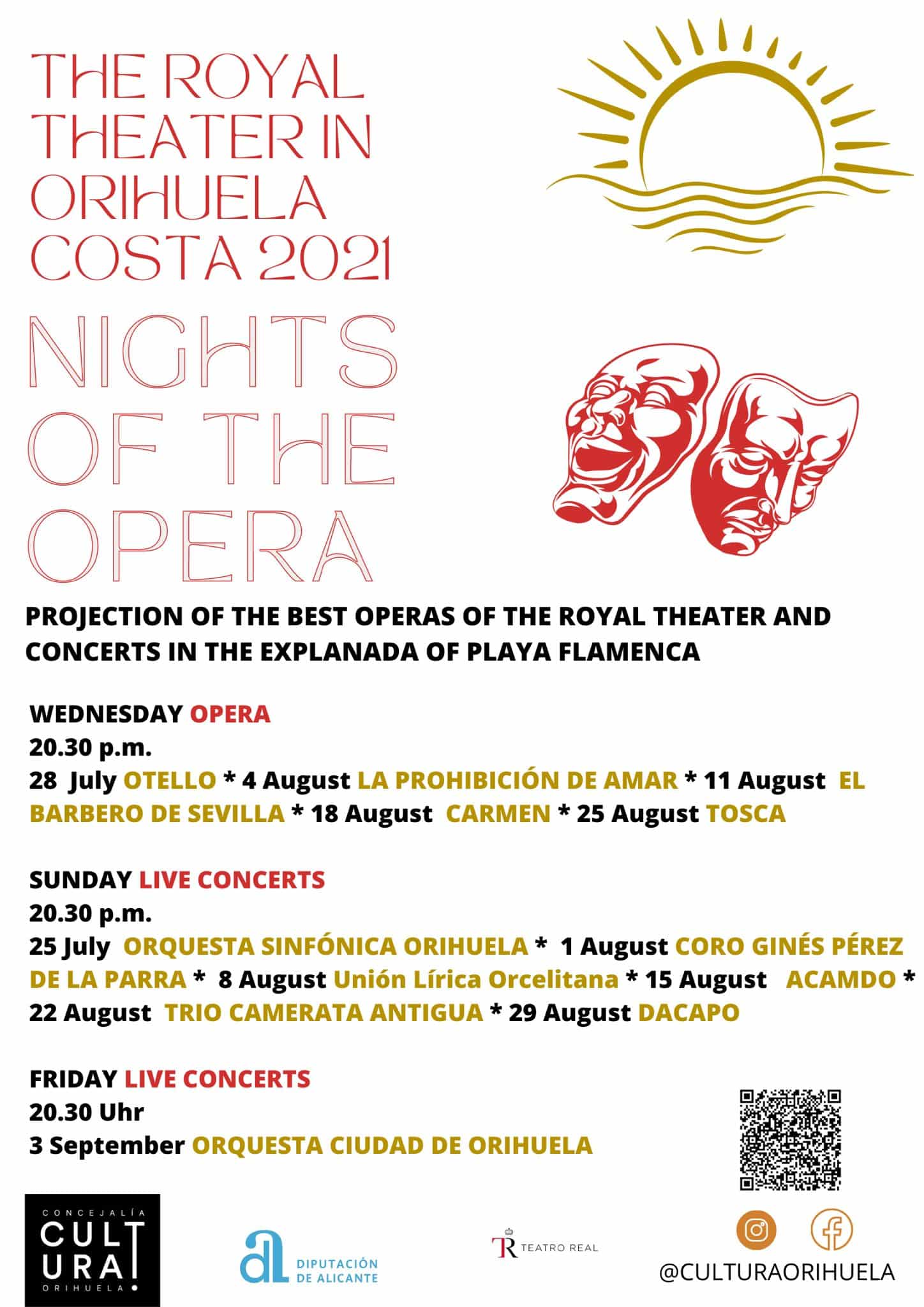