Perhaps I am one of the people who has helped to bring the payment by  plastic to become a common way of purchasing goods.

When I was in  business it was a useful way of keeping track of payments because even if you mislaid the receipt the spend would be on the bank statement. That was long ago when using a card was not always to a retailer’s liking.

Now it is the total opposite, no more standing at the bar trying to get the  barman’s attention, just wave your card in front of the terminal and by some type of magic money has whistled out of your account into someone else’s. Seeing this procedure in action I think there are many people who are not sure what they have just spent.

Large organisations which control our daily lives would prefer it if cash disappeared totally, the savings must be enormous, no accounts department to count the notes and coins, no expensive security vans to collect it and of course no loss – simpler without cash,  accounts are collated automatically.

It is refreshing news to see the British Government is looking at some form of legislation to ensure that cash does not disappear totally, in the meantime the banks are not being helpful as they close not only branches, but ATM’s are also becoming difficult to find.

Of course, it has been cash that has activated  the world of commerce dating back to the beginning of time. There is certainly plenty of evidence that the Roman Empire issued coin. However, with no real money how do you value goods and services?

Without cash to pay the gardener for his work it would be by transferring payment to his bank account. I think we would run out of gardeners!

All that is a bit old and been said before – what I really want to talk about is Bitcoin, which as a name is a bit deceiving in that there are no coins as they are mined from a computer through a system called ‘Blockchain’ and that is where they stay, figures on the machine.

Unlike Pound Sterling, Crypto currencies cannot be held in your hand and can only be shown on paper or a screen and are produced as I have just said by a computer mechanism. At its most basic, a Blockchain is a list of transactions that anyone can view and verify. The Bitcoin system, for example, contains a record of every time someone sent or received payment in this cybernetic currency.

The Pound sterling is the oldest currency still in circulation and was inaugurated over twelve hundred years ago in the eight hundreds, and was represented by a pound weight of silver which was divided into two hundred and forty pieces of the metal  making the monetary value of a pound sterling.

As the fever of crypto currencies spreads around the world without any real commodity to determine their value, as I write China has started to produce its own, What is the future?

I think unwittingly we have all seen the change of the way we will eventually deal in financial matters, when we willingly accepted paying for goods by waving a piece of plastic across a terminal. So, in a way we are already programmed to accept what will be the new order.

No money on your hip or purse just figures on your computer screen. 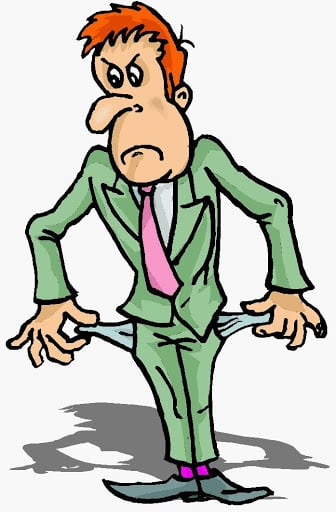 Many questions come to mind, how will crypto currencies be regulated, for surely, they must? It also means no one will be able to build up personal wealth with wads of notes under the mattress.

One of the problems of economics is inflation which can exist when money supply exceeds available goods and services. Will that be the result as more and more virtual currencies are produced?

At one time I thought simulated currencies  would all fizzle out and go away, but now my opinion is the opposite in that slowly we will be programmed to accept  figures on a screen to value our individual worth.

We read on a daily basis how our banking and purchasing online is fraught with danger by experts in the IT world who can come up with various  schemes to relieve the man or woman in the street from their hard earned money. My thoughts are at this very moment the villains (I wonder if they call themselves that?) are planning a coin which will be of the same value as Monopoly Money. Take Care!

Facebook.com/percy chattey all Percy’s novels and short stories are available on Amazon and Kindle