Most of you will know me as British Ambassador to Spain, but like many of us I wear and have worn a variety of other hats. I’m a husband and a father. I have served as trustee of the British Spanish Society and Chair of Canning House, the UK’s centre for Latin America and Iberia; I am Patron of the British Benevolent Fund and an active supporter of Multiple Sclerosis charities. I also keep up the struggle against the impact of the gastronomic wonders of Spain through being a mediocre hockey and squash player.

However, one of the roles I am most proud to fulfil is that of Patron of the Royal British Legion in Spain. And as we celebrate not only Armed Forces Day, but the centenary of the Legion, I wanted to reflect a little on what it means to me and why its work is so important to UK Nationals in Spain.

On Saturday I was honoured to attend an event in Orihuela, alongside serving officers, veterans, families, reservists and volunteers, to mark this double commemoration. Just four weeks ago, I was lucky enough to be able to visit HMS Kent, while she made a port visit to Alicante – a visible demonstration of the close cooperation between the British Armed Forces and our Allies.

It was international collaboration brought to life: we had a British frigate, working as part of a NATO task group, under the command of a Spanish admiral, contributing to Europe’s regional security. The ship’s captain had nothing but praise for the welcome he and his crew had received in Alicante, which is a glowing testament to our countries’ continued cooperation on defence and security. In historical terms we are in a particularly good place, as not all of the previous HMS Kents (and there have been eleven since 1652) enjoyed the same relationship with the Armada!

The work of the Legion is likewise both longstanding and bilateral. Over the last 100 years, it has fought to improve the lifelong care and support to serving and ex-serving personnel and their families, but its achievements are wider than many appreciate, both as champion of the Armed Forces and its contribution to wider society. 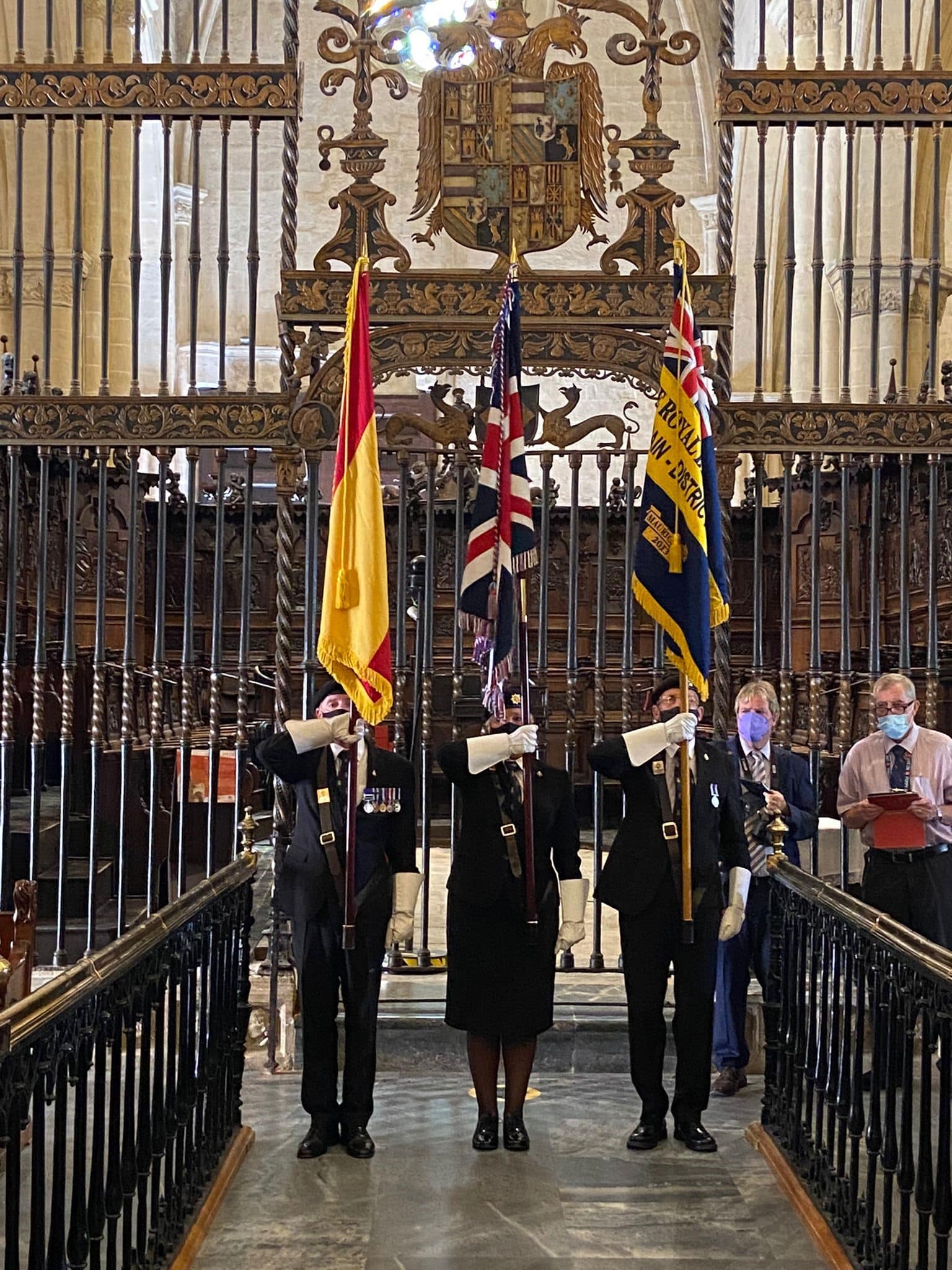 It works very closely alongside Spanish charities such as Cruz Roja and makes every effort to relieve pressure on the Spanish support services where they can. And speaking at the anniversary event, the mayor of Orihuela, Emilio Bascuñana Galiano, could not have been more welcoming or supportive.

To many of us, the Legion is only visible during the Poppy Appeal, but as I was able to hear in person from Don Cubbon, District North Chair, and many others in Orihuela, it provides year-round support, which goes largely unseen. Two years ago, the branches around Alicante and Murcia provided invaluable financial and practical assistance to those who were victims of the devastating floods.

Over the last 18 months, the fundraising climate and COVID restrictions have made the work of the Community Support Team incredibly tough, but the Legion’s dedicated volunteers have found ways to deliver much-needed support to its beneficiaries in Spain, despite the difficult circumstances. 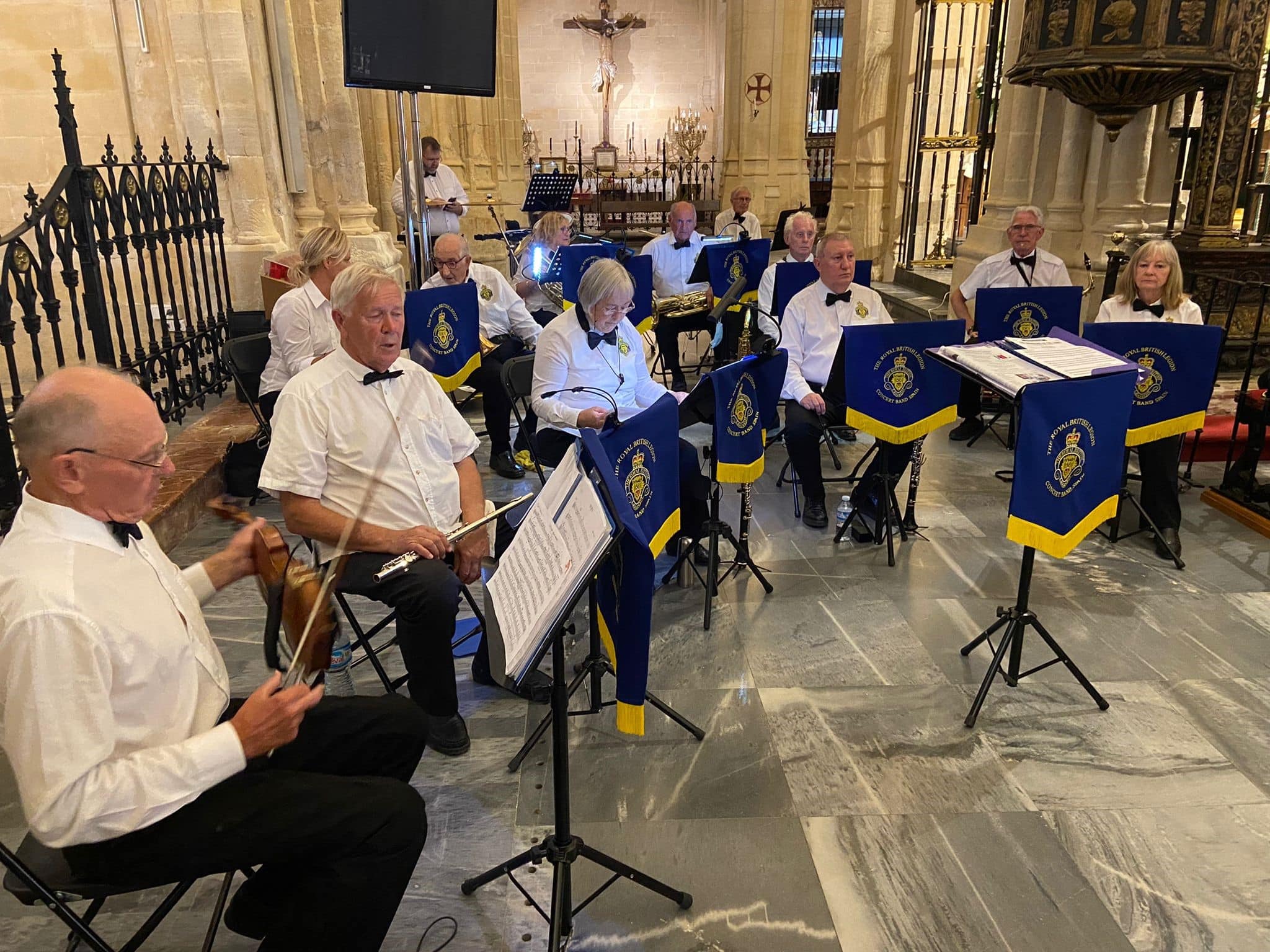 The Legion is an essential partner to our consulates – sharing our Brexit and travel advice, providing financial assistance to welfare cases and supporting British prisoners with visits. The emotional, practical and financial support it has provided to vulnerable UK Nationals in incredibly complicated and challenging circumstances has been truly invaluable. It is not an overstatement to say that some individuals would not have made it through without it.

That is why the work of the Royal British Legion in Spain matters and why, as we mark this important moment in its history, I look forward, come November, to wearing my poppy with pride; safe in the knowledge that – whatever the challenges of the future – the Legion will continue to serve our communities here in Spain for the next 100 years and beyond.

British Ambassador to Spain and Andorra