BORN in the south of Holland Anita van de Berg ‘Lady Jazz’ started singing when she won the first prize at a singing contest. 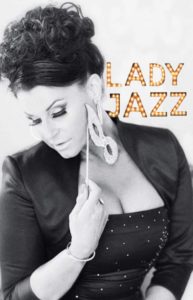 “My brother won the first prize for the men!,” said Anita, whose singing debut in Spain was in Benijofar.

Influenced by Billy Holliday and Amy Winehouse, Anita said: “My singing debut in Spain was in Benijofar, and soon after that I was the support act in Torrevieja for Earth, Wind and Fire.”

Seventies and eighties legends Earth, Wind and Fire hits include: Boogie Wonderland, Got to Get You Into My Life, September and Let’s Groove.

Having performed in Spain and Holland, Anita and her husband emigrated to Spain: “We chose to move to Spain – because of the lovely weather!,” she smiled.

Looking back on her early years, Anita reflected: “I wasn’t singing at school. I got all my papers – but didn’t like school.”

Anita, who hobbies include singing, gardening and her ‘wardrobe’, said: “When I finished school I started modelling, while working as a Blackjack dealer in Casinos.

“I have been behind tables, dealing for many years in several countries, including Holland, Belgium, Germany and Austria.”

Anita, who has performed alongside many famous people, said: “I have been the support act for Ray Lewis a few times, the former lead singer of The Drifters.”

*In Part 2 of The Leader Exclusive interview ‘Lady Jazz’ speaks about her time in Holland in a Girls Group, and on the coronavirus situation, that has stopped her performances in Spain under lockdown.