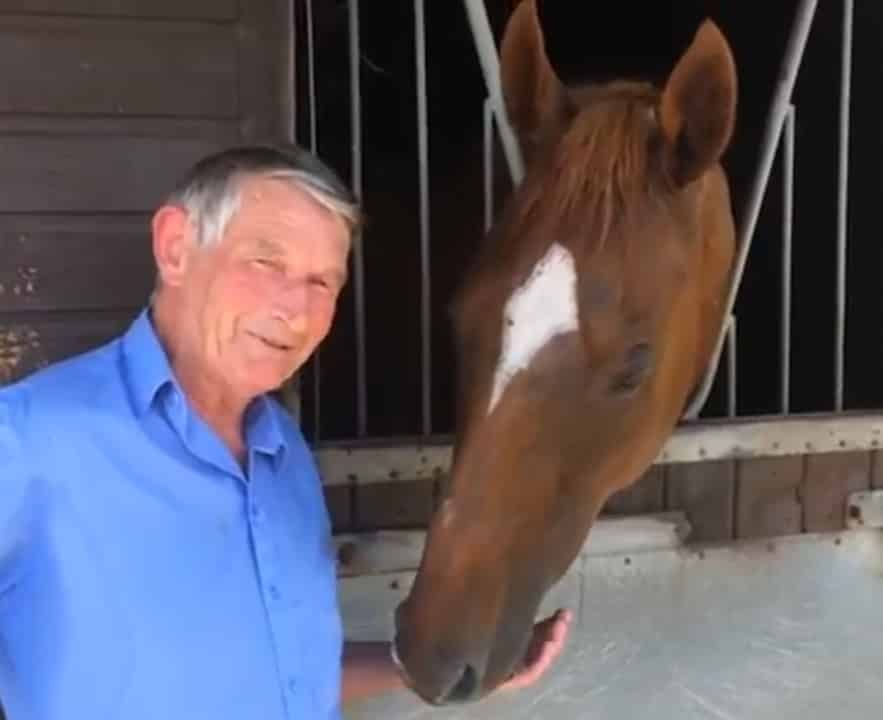 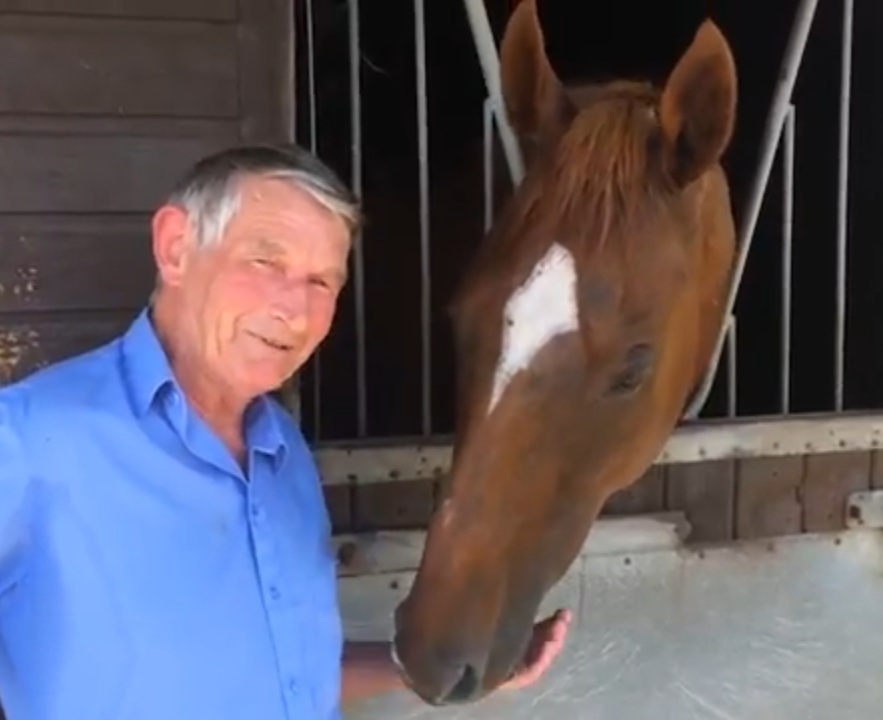 “Tedburrow is 29 now,” Eric, based at Edges Farm stables in Longton, Preston, Lancashire, preparing for the 2021 Flat season, with 14 horses under his reign, told me.

“Tedburrow is still here at Edges Farm and goes out in the field every day – he’s still a ‘silly old bugger!’,” laughed Eric.

Former jockey Eric, 76, who rode a rag and boneman’s cart and delivered milk on a horse and cart for his father, took over his father’s dairy farm with wife Susan, taking out a trainer’s licence permit over four decades ago.

“If the weather is bad, Tedburrow doesn’t have his daily outing in the field and goes on the treadmill indoors,” said Eric, also famed for stable stars Stack Rock and Reverence.

In 2006 he won two Group One races; the Nunthorpe Stakes at York and the Sprint Cup at Haydock, named European Champion Sprinter at the Cartier Racing Awards. Reverence ran his last race in August 2011.

Other notable horses are Ridge Ranger, winner of a Group 3 in 2016, Maid In India, winner of five of 12 races, and eight times winner Lydiate Lady: “Maid In India has gone to stud,” revealed Eric.

On the COVID-19 situation Eric said: “We are keeping okay during the coronavirus – along with Tedburrow – and just starting to put everything together ahead of the 2021 Flat season.”