The LeaderPutting YOU at the Heart of the Community
Sign in / Join
Subscribe
Home Sport Horse Racing Obituary: Prince Khalid Abdullah, racehorse owner/breeder owner of Juddmonte Farms, has died... 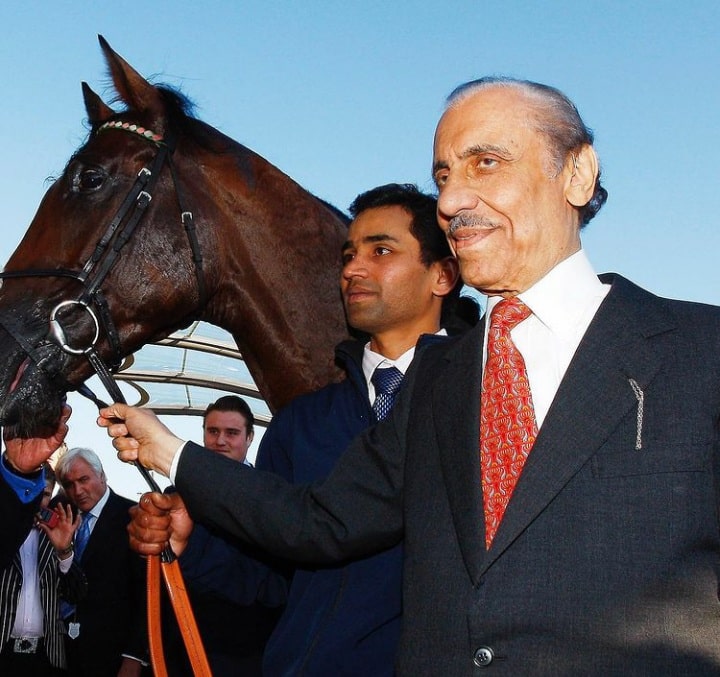 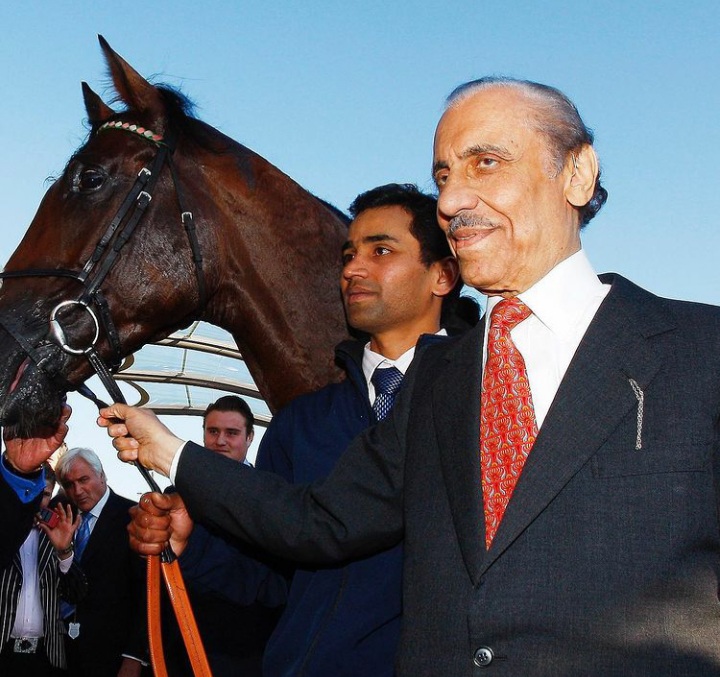 Former NH jockey Sir A.P. McCoy said: “So sad to hear that Prince Khalid Abdullah has passed away. Owner breeder of so many champions and one of the most iconic sets of colours ever to grace the turf. The sport of horseracing was so lucky to have him. RIP.”

Prince Khalid’s introduction to the sport came on a trip to Longchamp in 1956. It was in the seventies that Prince Khalid’s purchases of yearlings heralded the start of the large scale investment in horseracing by owners from the Middle East – transforming the Sport Of Kings.

In 1978 Prince Khalid bought the top two lots in the Houghton Sales at Newmarket. The top-priced yearling, Sand Hawk, who he paid a record 264,000 guineas, proved largely a disappointment; as would Convention, who he paid 1.4 million guineas in 1983.

Cottrill and trainer Jeremy Tree had also paid $225,000 for a dark bay colt by In Reality at the Keeneland Sales of 1978, their single purchase, who as Known Fact won the Middle Park Stakes in the autumn of 1979 and, after Nureyev’s disqualification, the 2,000 Guineas of 1980, following up his victory with a win in the Queen Elizabeth II Stakes.

Known Fact’s victory in the 2,000 Guineas was not only Prince Abdullah’s first victory in an English Classic race, but was the first by any Arab owner.

His first winner was Charming Native at Windsor, and Abeer provided his first victory at Royal Ascot when winning the Queen Mary Stakes.

Prince Khalid’s colours, of green silks with white sleeves and a pink sash and cap, became a regular feature of the winner’s enclosure in all the Classic races worldwide.

In 1982 Prince Khalid had his first homebred winner with Fine Edge at Newmarket. His Juddmonte breeding operation produced Warning, by Known Fact out of the broodmare Slightly Dangerous, who became Europe’s Champion Miler in the 1988 season.

Prince Khalid won all five British Classic races with homebred horses: Quest For Fame, sired by Rainbow Quest, won Juddmonte’s first Epsom Derby in 1990; Commander In Chief, son of Dancing Brave, in 1993, and the fourth-generation Juddmonte-bred Workforce, who broke the course record at Epsom in 2010.

Winner of multiple Group One races, including the Juddmonte-sponsored International Stakes at York, Frankel was bred by Prince Khalid through three generations via his mare Kind.

He is named after Bobby Frankel, who had trained Prince Khalid’s horses in America. Many regard him to be one of the greatest racehorses of all time.

Juddmonte also bred French Classic winners. Sanglamore won the Prix du Jockey Club in 1990 and New Bay won it in 2015, whilst Houseproud, Zenda and Special Duty won the Poule d’Essai des Pouliches in 1990, 2002 and 2010. Jolypha and Nebraska Tornado won the Prix de Diane, in 1992 and 2003 respectively, and Raintrap and Sunshack were winners of the Prix Royal-Oak in 1993 and 1995; American Post won the Poule d’Essai des Poulains in 2004.

Victory with Rail Link came in the Prix de l’Arc de Triomphe in 2006, a success repeated by Workforce in 2010 – making it only the sixth horse in history to win both the Derby and the Arc – and Enable in 2017 and 2018.

In Ireland, the list of Juddmonte-bred successes includes Irish Oaks winners Wemyss Bight and Bolas in 1993 and 1994 and Irish 2,000 Guineas winner Kingman in 2014.

In North America, the winning horses included Empire Maker, winner of the Belmont Stakes of 2003 and Flute, the Kentucky Oaks winner in 2003. Juddmonte-purchased Arrogate, winner of four Grade One races, including the Dubai World Cup, crowned Longines World’s Best Horse for 2017.

Eclipse Award champion mares include Ryafan in 1997, Banks Hill in 2001 and Intercontinental in 2005. The latter two won the Breeders’ Cup Filly & Mare Turf, which was also won in 2009 by Midday, a three-time winner of the Nassau Stakes at Goodwood.

Prince Khalid’s horses were initially trained mainly by Jeremy Tree, to whom he was introduced by Humphrey Cottrill, and Guy Harwood, who trained Dancing Brave.

A Scottish couple who hit on the idea of...