The story certainly appeared to be plausible, especially in view of the seemingly ‘out of control’ spread of the coronavirus in the Valencian Community, which has moved in just a short period of time, from the region with the smallest number affected to that with the most, across the whole of Spain.

Last night social networks and messaging applications were rampant with a hoax about the false announcement by the Generalitat this Wednesday morning of a home confinement in the Valencian Community that manipulated a claim published on Saturday, January 9 in the Spain Daily Newspaper ABC.

The story referred to an announcement to be made by Community President Ximo Puig and was similar to the one that was spread last weekend and which was subsequently denied by the Generalitat Valenciana through its official channels, referring to a false notice of a press conference to “confirm home confinement in the Community Valencian”.

The story in ABC explained that the increase in coronavirus cases in the Valencian Community led the Generalitat to demand that the central government introduce a partial confinement. An option publicly admitted at a press conference on Friday, January 8, by the vice president and spokesperson of the Consell, Mónica Oltra, and a day later by the president of the Generalitat himself, Ximo Puig , in an interview on Radio Nacional de España . 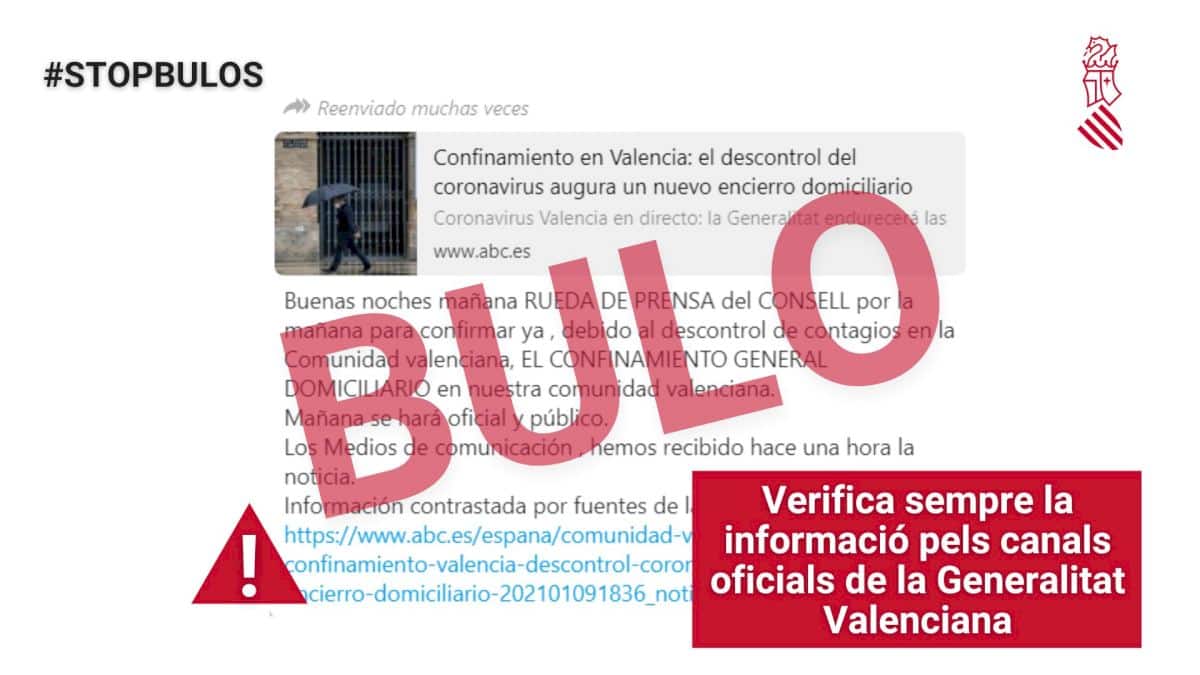 It detailed the position of Compromís and Podemos regarding their demands for home confinement, which both party’s, members of the PSPV-PSOE coalition Government in the Generalitat, repeated on Tuesday , January 12.

But late on Tuesday evening the Generailtat once again rubbished the claim, issuing a statement on its official channel, confirming as “fake news” a story in ABC that included statements in which Ximo Puig said that “nothing can be ruled out” about home confinement