The police have rescued a badly injured dog that was hung by its neck from the balcony of a third floor apartment in Bellreguard, just south of Gandia, after his abuser left him.

The collaboration between the neighbours, the Bellreguard Animal Welfare Association, the charity VEDAMA and the police saved the life of the animal, which is now recovering while its owner is being questioned.

Neighbours say that the animal was abandoned in terrible conditions living without water and food, on a narrow balcony full of feces and dirt.

They say that it was tied with a rope and unable to move, muzzled and with an electric collar through which it received regular shocks to silence its barking for help.

When it was particularly noisy the owner suspended it for hours at a time from the third floor apartment balcony, by a rope tied around its neck. 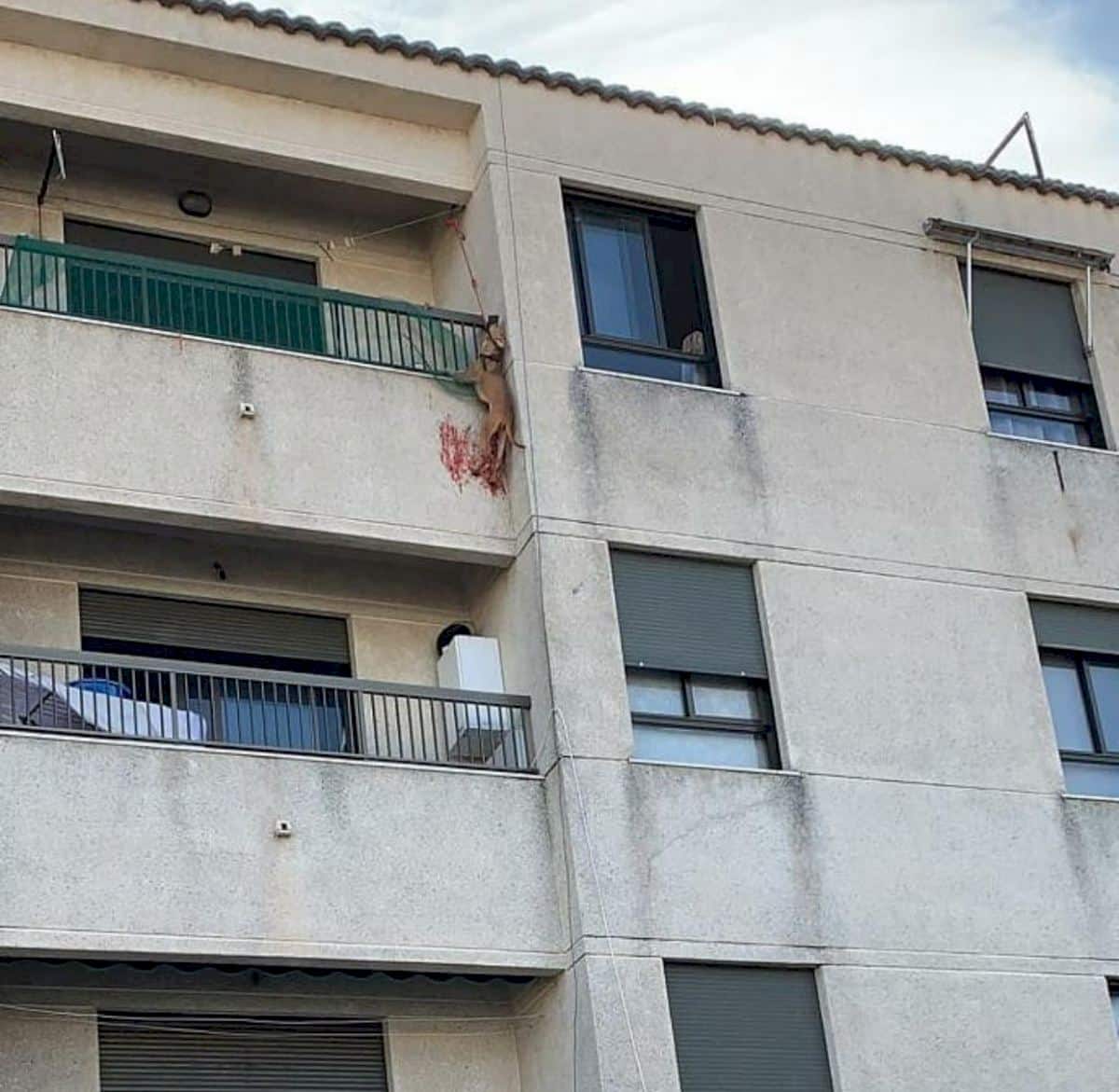