Former Argentine footballer Diego Armando Maradona, considered one of the best players of all time, has died at the age of 60 after suffering a cardiorespiratory arrest at his home in the town of Tigre, according to the Argentine newspaper Clarín.

Maradona, winner of the 1986 World Cup with Argentina was admitted to hospital in the city of La Plata three weeks ago, where he was operated on for a blood clot on the brain.

His recovery had astonished the doctors who said that following the last scare at his 60th birthday party in October, his health was in a delicate condition and he could hardly walk unaided.

He returned to his home but isolation, due to the coronavirus pandemic, saw him very depressed. He was only able to interact on social networks.

After his admission to La Plata, a blood clot was found and he was quickly operated on. There were no complications and his recovery was progressing very well with doctors saying, when they sent him home, that he would make a full recovery. However, after a life full of extremes the end came as somewhat of a surprise.

Declaring three days of national mourning, Alberto Fernandez, the president of Argentina, said: “You took us to the top of the world. You made us immensely happy. You were the greatest of them all.

“Thank you for having existed, Diego. We’re going to miss you all our lives.”

Brazil legend Pele also added a tribute to Maradona, writing on Twitter: “What sad news. I lost a great friend and the world lost a legend. There is still much to be said, but for now, may God give strength to family members. One day, I hope we can play football together in the sky.” 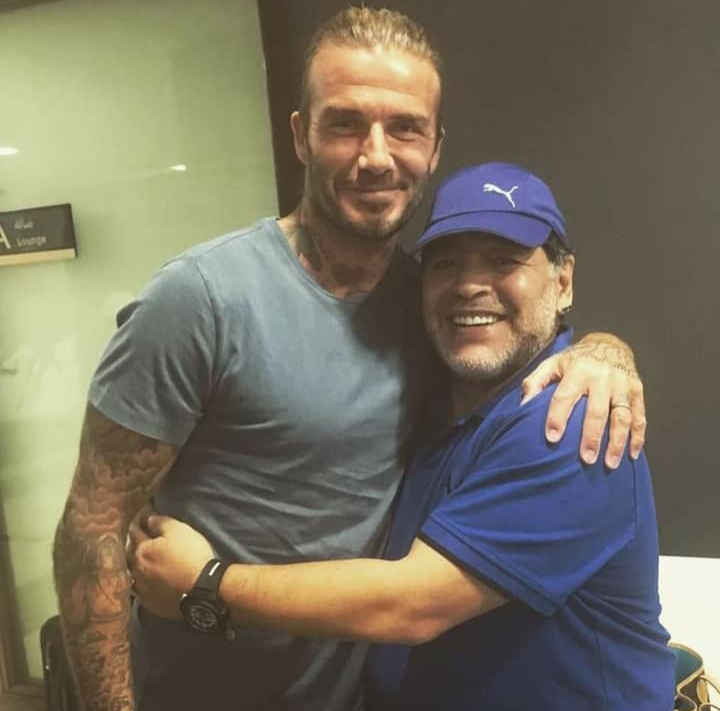 There was also a tribute from former England, Manchester United and Real Madrid star David Beckham who said said: “A sad day for Argentina and a sad day for football as we celebrate the greatness of what this man gave us.

“Someone that played with passion, spirit, and was nothing less than a pure genius. I was so excited to meet Diego and we will all miss him. Rest In Peace.”