With the summer competitive bowls season completely destroyed by the COVID 19 Pandemic and, despite many criticisms of the decision to hold the Linea Directa Lawn Bowls Championships, the competition reached it’s concluding stages with the six finals played at Greenlands Bowls Club last Monday and Tuesday.

Although not all doubters were convinced of the merits of holding the 2020 tournament there is no doubt that the competition has been a major success, attracting many hundreds of competitive bowlers back onto the rinks when they might otherwise have continued to put off their return to the sport.

Both La Marina and Greenlands Bowls Clubs must be congratulated for making their greens available to the organisers and in so doing, putting into place the strict guidelines that ensured a safe environment in which bowlers were able to demonstrate their many skills

Rinks and equipment were sanitised by teams of volunteers on a daily basis in addition to keeping the greens and surrounding areas in pristine condition. 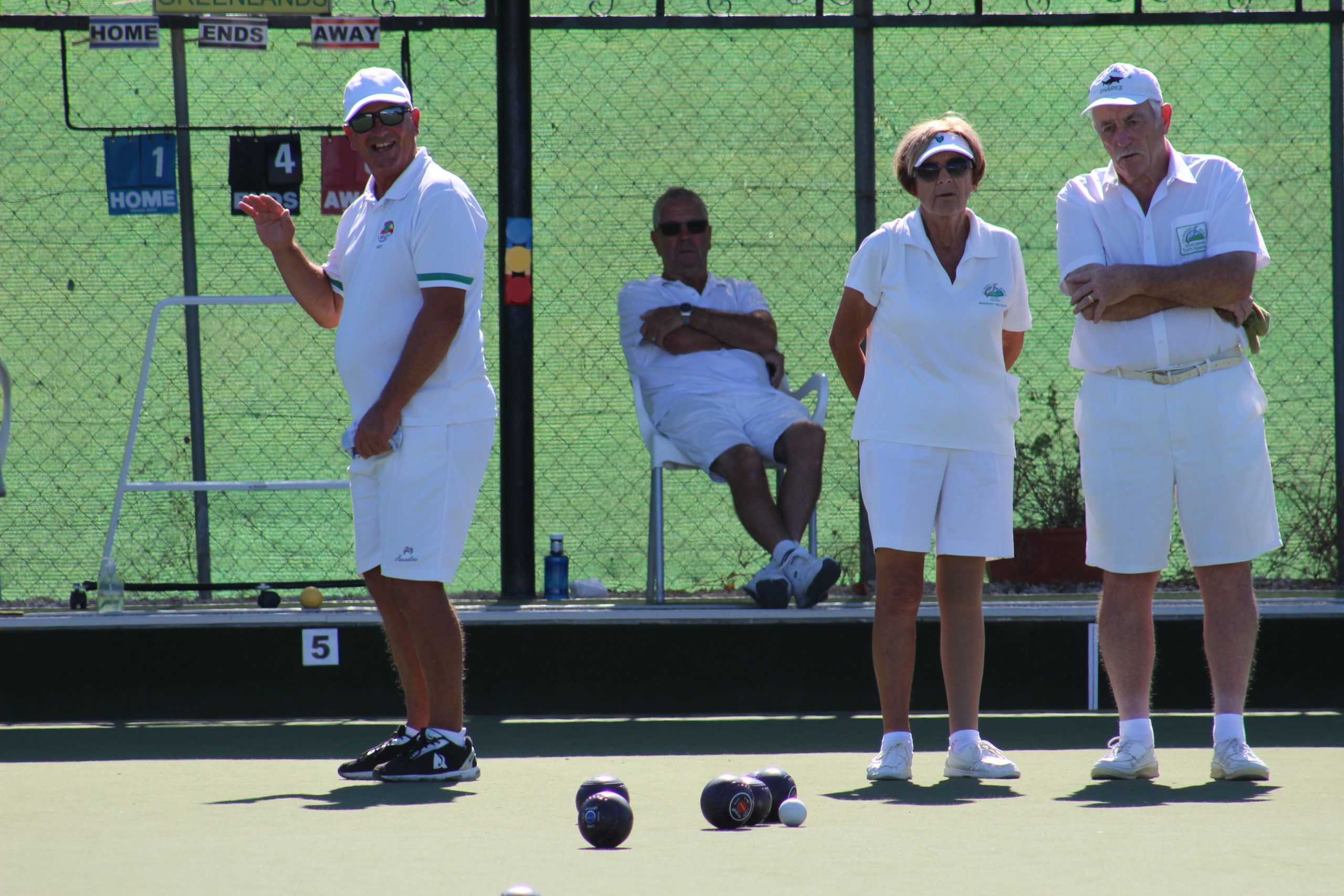 But this year the competition has been rather more than simply producing competitive bowling. It has restored the pre pandemic confidence that many bowlers had in their ability to play the sport in a safe situation, that can only bode well for the upcoming winter tournaments and competitions that now lie ahead.

After 13 ends the match was tied at 10-10 but 5 points in consecutive ends put the Country Bowls trio into a healthy lead which they held to take the win by 17-13, despite John Pooley putting off eventual defeat by initially killing the final end. 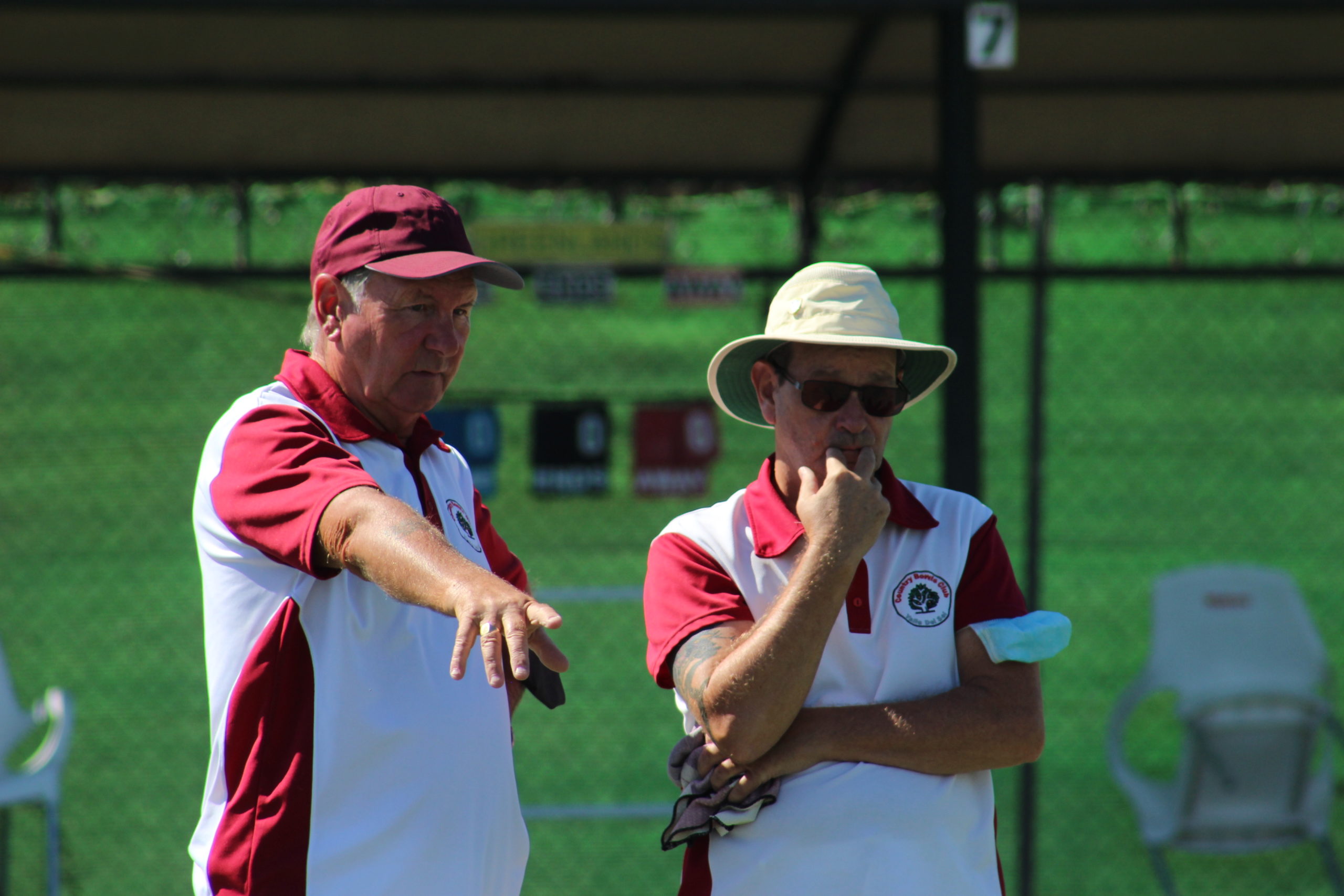 The Monday afternoon session saw Andy Miles and Peta Rhodes of the Emerald Isle quickly out of the blocks in the Mixed Pairs as they built up an 8-1 lead against Tom Spencer and Margaret McLaughlin of La Marina. Seven points in the next two ends, however, saw the start of La Marina’s fightback, after which they claimed a further seven in the following four ends as they never looked back to claim the final victory against their favoured opponents by 20-16

Tuesday morning at the Greenlands venue saw the finals of the Men’s and Ladies Pairs. In the Men’s event Ernie Bennett and Gary Ponsford from Emerald Isle were matched with Gary Thorpe and Charlie Watkins of Vistabella.

After an even early exchange the Vistabella pair surged into a 13-6 lead with a four on the 9th end, from which they never looked back. Three points on the 12th and a further couple on the 13th end reinforced their position as they held on the take the match 19-15. 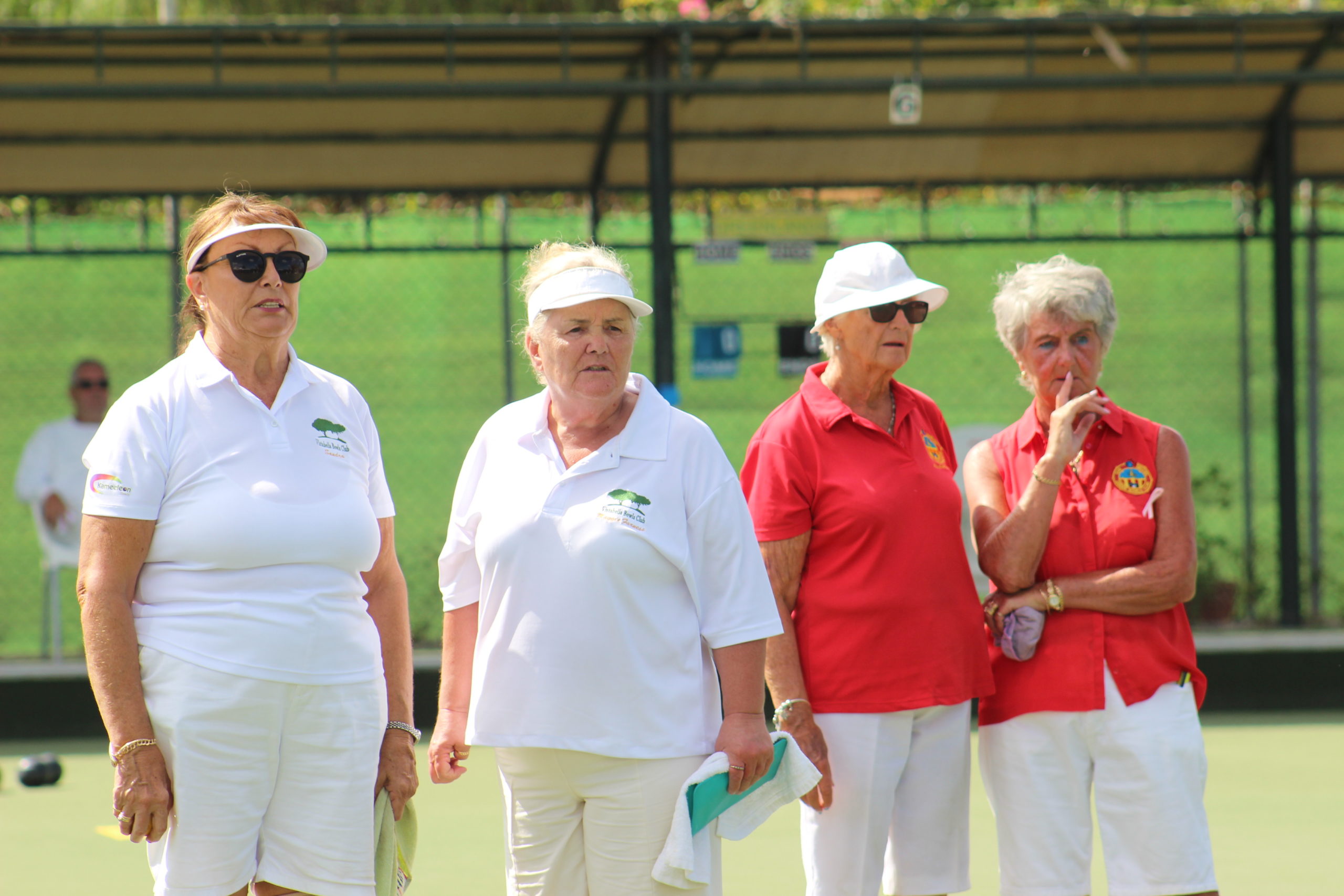 Tuesday morning’s second final was the Ladies Pairs event where, once again, we saw a contest that swayed in both directions with, first, San Miguel’s Val Hignett and Anita Brown building up a sizeable 11-3 lead against Maggie Furness and Sandra Burrows after the 7th end, but then came the fightback with the trailing pair picking up nine shots without reply in the next 7 ends, before an inspired 5 point return on the 15th end put the San Miguel twosome back in control. Vistabella were unable to respond with Hignett and Brown tidying up the match by 22-12.

The two blue ribbon events, the Men’s and Ladies Singles were played alongside each other on Tuesday afternoon. 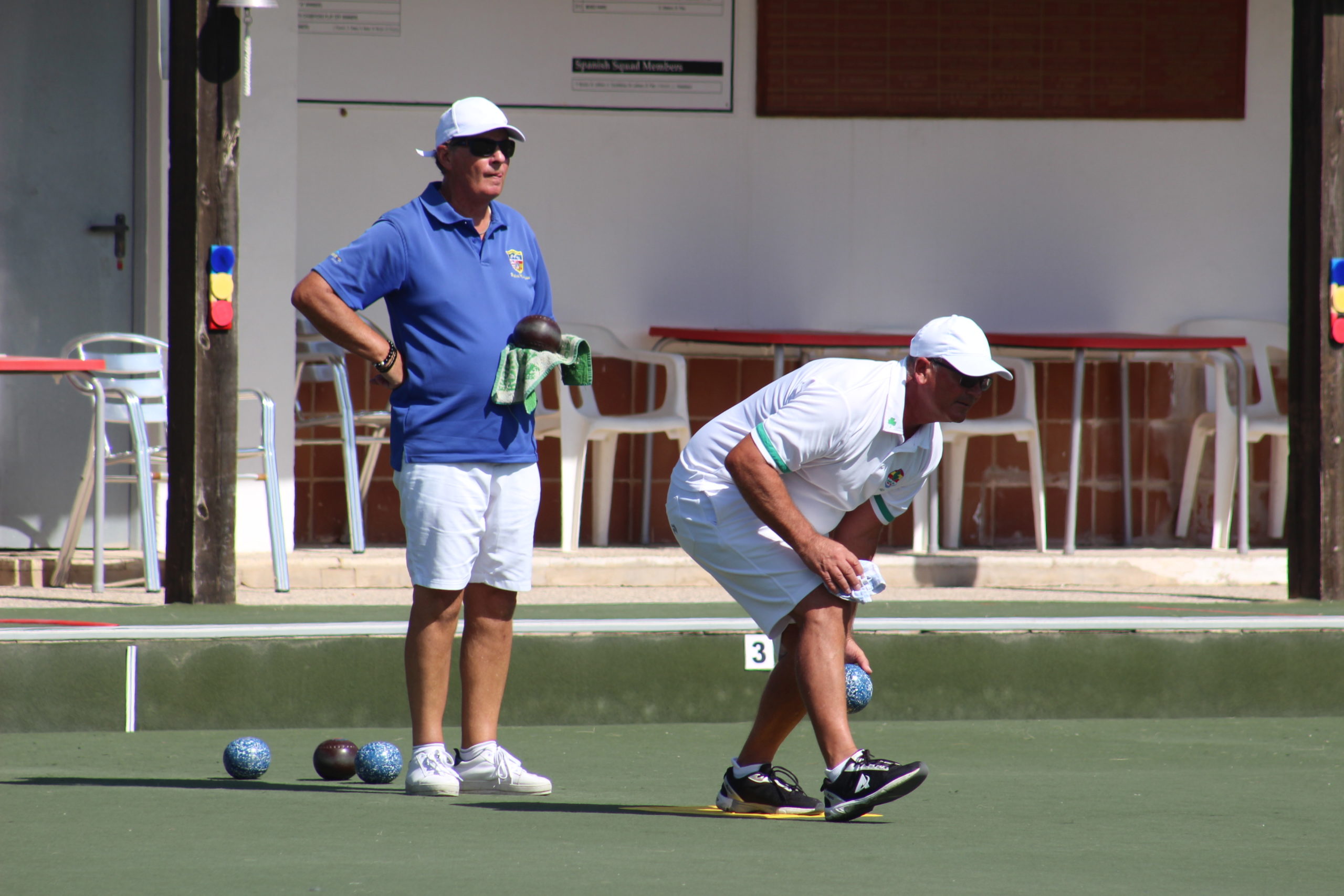 Defending champion Peter Morgan of Quesada met the Emerald Isle’s Andy Miles in the Men’s competition quickly building up a 6-1 advantage as he picked up points on 5 of the first 6 ends.  A mini comeback then saw Miles take 4 shots on ends 7 and 8 before steady play allowed the Quesada blue to edge in front by 15-12 after 18 ends.  However disaster struck for Miles of the Isle’s on end 19 when exceptional bowling from the champion saw Morgan pick up a maximum 4 points before going on to close out the match by 21-12.

As Morgan became the first player in the history of the tournament to retain his crown a battle royale was being played out in the Ladies Singles final between the 2018 champion, Ann Marie Robertson of the Emerald Isle, and Maggie Furness from Vistabella, two rinks down.

The opening 5 ends saw the two ladies match each other point for point before Maggi Furness, despite having played in the Ladies Pairs Final earlier in the day, ground out a 19-10 lead to put the title within her reach. 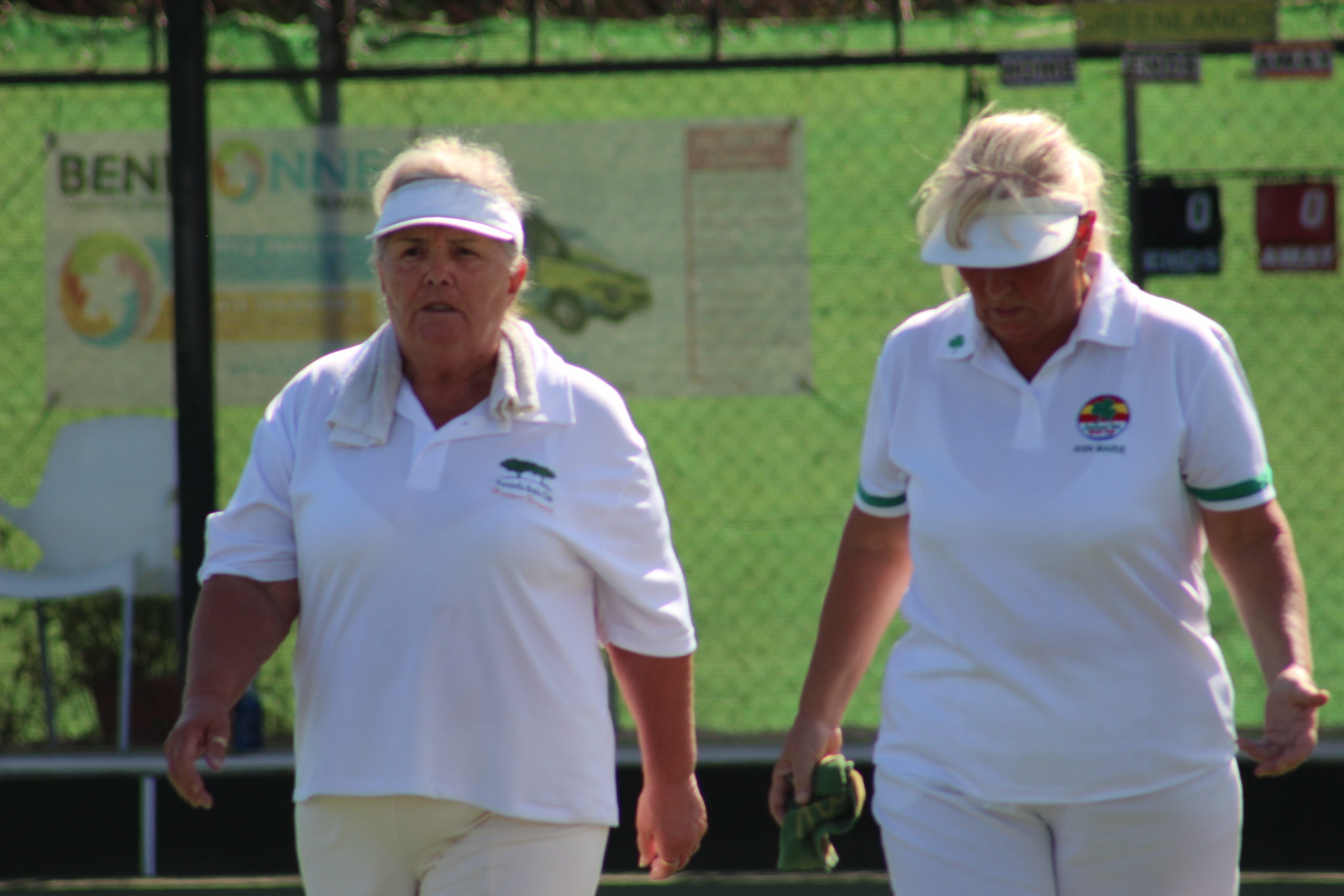 Mini rocket Stephenson, however, had other ideas as, from a seemingly helpless position, she had her supporters on their feet, battling back to a 20-19 lead, scoring on 8 consecutive ends without reply.  But with victory in her grasp and holding shot, with the final bowl of the 29th end, Furness delivered the perfect wood, moving the jack to give her the 2 points she needed to claim her first Valencian title.

The spectators agreed that they had just witnessed one of the finest Ladies finals in the history of the competition, a fitting climax to two successful weeks of socially distanced lawn bowling

After the games all presentations were made, again they were socially distanced, and thanks given by Valencian Delegate Bob Donnelly to sponsors Linea Directa, the owners of La Marina and Greenland’s complexes, this year’s Competition Secretary John O’Brien, as well as the coordinators, umpires & markers at both venues.

Exactly what is a Virtual Facility?