Counterfeits of currency detected in Spain in 2019 were in seven provinces – including Valencia and Alicante – according to the latest report from the State Attorney General’s Office.

The provinces where the most counterfeit currency was detected are in Barcelona, Madrid, Valencia, Seville, Malaga, Bilbao and Alicante.

Counterfeit of currency can lead to imprisonment of between 8-12 years.

Counterfeits originating in Italy are those with the highest incidence in Spain and in the rest of the countries of the European Union.

Criminal organisations that produce counterfeit banknotes have been using people from Eastern European, Sub-Saharan and North African countries for their introduction and distribution.

Forgeries that predominate with possible Spanish origin are of poor quality and a low number of seized banknotes, according to the data corresponding to the Prosecutor’s Office of the National Court – where criminal organisations dedicated to counterfeiting coins and credit cards. 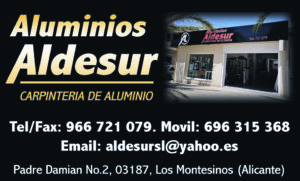 The number of detainees in 2019 by the Investigation Brigade of the Bank of Spain (BIBE) of the National Police, in collaboration with different police units of an international, national and regional nature, are 75; 42 of Spanish nationality and  33 foreigners.

The counterfeit currency is acquired from intermediaries, by unrelated groups, that carry out activity in different parts of the national territory, generally without ties to the production centre.